Dr. Seuss Enterprises, the company that maintains the legacy of Theodore Seuss Geisel, popularly known as Dr. Seuss, announced today, March 2, that they will no longer publish six of Dr. Seuss's classic books, because they "portray people in ways that are hurtful and wrong". After weeks of protests by the Floob-Boober-Bab-Boober-Bubs, as well as the Wumbuses and Umbuses, the Zazzits, and the Joggoons, in front of their offices in La Jolla, California - not to mention PETA loudly criticizing putting ten-legged lions and sort-of-hens in cages - DSE finally gave in and agreed to stop publishing the books.

A spokesperson for the company, Ms. Enid Strick, said, "Racism and cultural insensitivity are terrible things that we should keep from our impressionable young children by removing all representations of Persons of the Colored Persuasion from all media that the little tykes might encounter. After all, racism is like sex: if you never tell the kids about it, and they don't see it in books and magazines, they'll grow up never knowing it once existed. I mean, how else do you handle a book titled The Cat's Quizzer? Why, in my day, we children didn't even know that cats had quizzers!"

We spoke, in a meeting that went very well, with Conrad Cornelius O'Donald O'Dell. 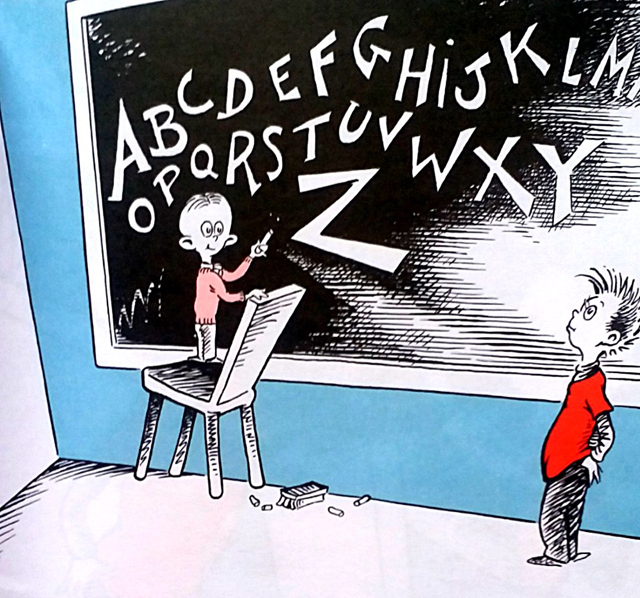 As a wee little tyke of maybe six years, he appeared in one book, and there's no need for tears. Now sixty years old, he has no real regrets, for On Beyond Zebra has clever vignettes. "Back in the day, this was really great stuff, when I found the old alphabet wasn't enough. Now I'll take down my trousers and show them my willy! 'Cause I'm all for fairness - but this is just silly!" 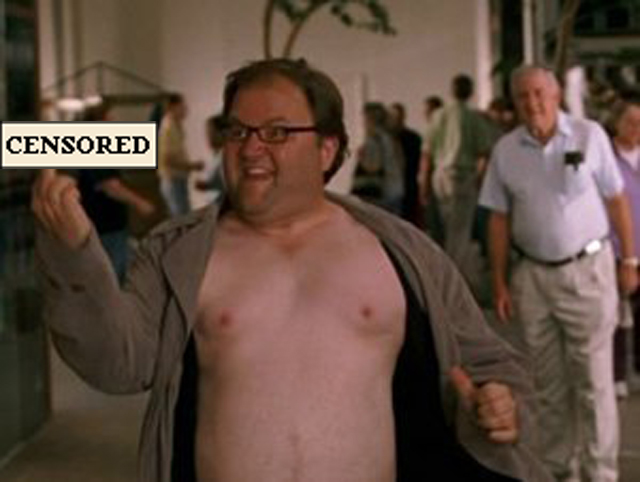 The words are but few from Gerald McGrew, but inspired by this book, he now runs his own zoo.

UPDATE: Activists, after congratulating each other on Twitter and Facebook for standing up to oppression and systemic racism, now say they are going after The Cat In the Hat and One Fish Two Fish Red Fish Blue Fish, since such books encourage children to dress their cats up in people-clothing, and dye their goldfish unnatural colors. Your cat does not want to wear this!