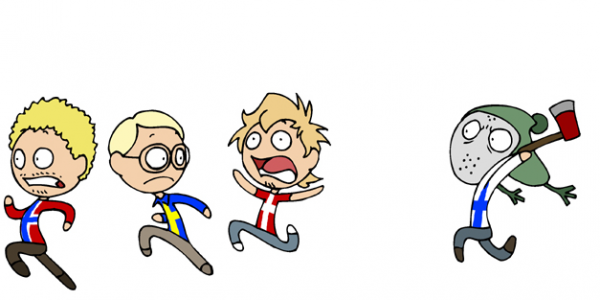 Viking age Finns raided Sweden and Russia and were considered wizards. A norse saga of king Olaf tells how he was defeated by a Finnish tribal army and barely escaped a storm called by their witches.
made by Monarth

are you sure? the norse word Finnish means saami not finish, but yeah they did think they had magical properties but they thought that of their women as well

"Commentators such as Strömbäck have long noted the similarities between Saami religion and the practice of seiðr. Indeed, a significant portion of the accounts of seiðr in the Norse literature recount that the art is either learned from or practiced by "Finnish wizards," which in Old Norse meant Lappish (Saami) shaman. The powers attributed in the sagas to the "Finnish" sorcerer, actually Saami (Lapps) are those of the seið-worker in many cases. "