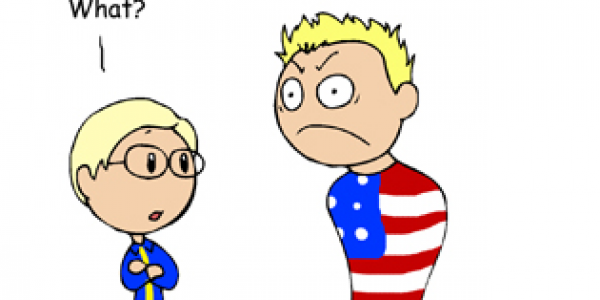 While insultingly speaking Russian to a Polish crowd at a time of heavy anti-russian sentiment, President Carter told them he was abandoning the USA and desired them sexually. The translator was fired
made by Dan

According to the BBC, it's even better than that:

"Jimmy Carter knew how to get an audience to pay attention. In a speech given during the US President’s 1977 visit to Poland, he appeared to express sexual desire for the then-Communist country. Or that’s what his interpreter said, anyway. It turned out Carter had said he wanted to learn about the Polish people’s ‘desires for the future’.

Unsurprisingly, the President used a different interpreter when he gave a toast at a state banquet later in the same trip – but his woes didn’t end there. After delivering his first line, Carter paused, to be met with silence. After another line, he was again followed by silence. The new interpreter, who couldn’t understand the President’s English, had decided his best policy was to keep quiet. By the time Carter’s trip ended, he had become the punchline for many a Polish joke."

@Karen reading that just made my day!
Nisse_Hult

Well, it's a fun story for us today - but the fact card is really not fair to poor Carter, as it claims HE did these things.

Jimmy Carter is in fact a very mild and polite man who would never do a thing like this to anyone.

The fact card ends by talking about the interpreter, but begins by claiming Carter said these things and that he spoke in Russian - neither of which is true.
Danelaw

Too funny. Poor Carter -- his entire presidency was like this: well-meaning but mystifyingly inept.
Henlaar

Guys, that is what he actually said. The translator was the good guy.
SeanR

So...do you think Trump would be a Carter, a Reagan, or a Nixon?
(I'm of the opinion that Clinton is already a Nixon.)

'@SeanR'
Trump would be a Mussolini mixed with a eight year old.

@sagas
Now. Be fair. I've known many polite, intelligent, articulate, eight year olds.
Also, I don't think Congress would give Trump enough rope to turn Mussolini. Not even the Republicans. Possibly, especially not the Republicans.
I think the current Supreme Court would possibly seek around-the-clock medical aids to avoid one of them dying in that 4-8 year span, (some people are dumb, so a second term can't be ruled out.) Heck, zombie Scalia on the bench...assuming the Republicans didn't roll over after November and fast-track whoever Obama proposed.

@SeanR Just think about why is the US congress tryin to change for the first time in its history to change how the nuclear launching command works.
AReasonableAmerican

'@AReasonableAmerican'
A more violent version though, but yeah Trump and Bersculoni have a lot of similarities.
I think sometimes these days..."Wow, we may be wrecking out first world status be the administration acting like a Banana Republic, but at least we're not the only first world sexual intercourseup, thanks Italy."
Add comment: Please Sign in or create an accout to comment.