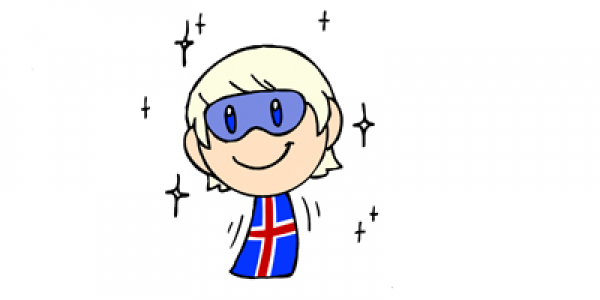 True metal. Even Finland and Norway should be jelaous.

Who needs metal when you have metal like this?
Barracuda

And foreigners, not enough Icelanders to play.
Danelaw

@Karen I didn't see any of that. maybe I need to watch it again, but I'd at least like to see the cannon.

@Tyrson Strange. I rewatched it and indeed they seem to be missing. Yet I know they're called for in the original score. Apparently live performances often have to make substitutions:

----
Leifs scored Hekla for orchestra and a huge complement of percussion. Nineteen percussion players are needed. "Percussion" instruments required are "rocks with a musical quality," steel ship's chains, anvils (shades of Rheingold?), sirens, church bells, shotguns and canons. Eggert Palsson, principal timpanist of the Iceland Symphony, describes how they tried to follow the composer's intentions. There was a search for "musical rocks" and they finally found some that seemed to have a pitch, the anvil sound was provided by utilizing large pieces of steel tubing struck with steel hammers, the sound of sirens was made by semi-analogue synthesizers, and as church bells requested by the composer would have weighed half a ton each, plate bells in large sizes were used. As the chains are to play short notes as well as sustained tones a frame was built for the chains to move through. And the composer asked for a "large wooden stump on wooden floor" but as they were recording in an area with a stone floor, they used a big wooden hammer (shades of Mahler 6?) striking it against a large wooden box. Shotguns and cannons are to play fast passages which meant that these sounds would have to be produced digitally. Palsson said that the sheer quantity of sound was so loud that many musicians used earplugs during rehearsals and the recording sessions.
----

@Karen That is significantly less fun. I'll just go back to Tchaikovsky. His 1812 overture never seems to shy from cannon-fire.
Henlaar

Turn of whatevers on and just listen to this song.
AnnaSol

Sounds like some of the mid-20th-century "modern" concert music we had to listen to in Music Appreciation Class back in high school.

Isn't Hekla the name of a vulcano..?

@idunnpil Yup. And it's spelled volcano. Sorry, I'll see myself out.

@Barracuda Oops yeah sorry, got danish and english spelling a bit mixed up there ;)
muse