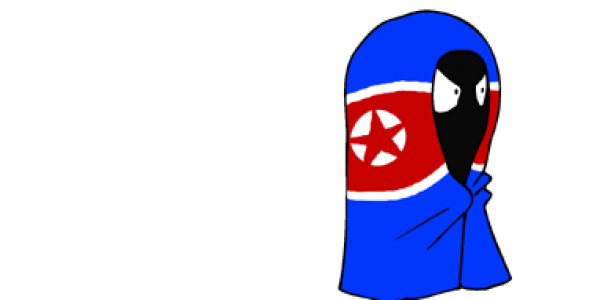 North Korea owes Sweden €300m for 1,000 stolen Volvos and every 6 months Sweden sends them reminders.
made by Aybecee

We will keep sending them reminders even after the stars burn out. Small passive aggressive reminders until the end of time.
We are Sweden, this will never stop!

Sweden: Hey, uh, North Korea, didn't want to bother you or anything, but uh, still kinda waiting on that money that you owe-
North Korea: *hisses, scurries into the shadows*
Sweden: Okay, I'll come back later, if you need more time.

@star3catcher If we said something like that they'd take out a bomb. XD They're more gentle with European nations. What did they do to us? They kidnapped our people.

Yes, you're right - they are more gentle with just about any other nation then you guy's.

But I think they're especially sensitive about Sweden, as we're one of the very few nations that actually has an embassy in North Korea and has regular diplomatic ties with them.

This came about because we, during the Cold War, where non-aligned to either of the two sides, and where therefore slightly more trusted as non-partisan by both.

Because of this we also ended up becoming the Protecting power for several of the NATO-aligned Western nations (including the US) in North Korea.

And despite the North Korean combative rhetoric, they also benefit from having diplomatic channels like these available - if they ever need them.

Sweden is also part of the Neutral Nations Supervisory Commission, that supervises the armistice at the North-South border in accordance with the rules stipulated in the armistice.

So Sweden has a special diplomatic importance for both sides in the Korean conflict and I think even North Korea realizes it's stupid to act in it's usually hostile manner towards us.

They also know Sweden is too diplomatic to ever press them about this bill or try to shame them publicly over it.
We just send them gentle reminders every six months to point out that we haven't forgotten about it, and they ignore them as always.
Zuperkrunch

Their taxi cars are volvo?? They're more eropean than any other asian countries lol.. Toyota here..

in accounting we call debt like that "AFDA"(Allowance for doubtful accounts), i think the volvo's financial statment auditors will understand that special case.. Wait.. That's why they sold it to china? https://www.google.com/amp/s/www.telegraph.co.uk/business/2017/12/27/chinas-geely-adds-swedish-assets-taking-major-stake-truck-maker/amp/
Finn123

The secret that communists don't want you to know @WizardOfOz
Karen

Nice snarky article about it here:

"Volvo was one of the first to take advantage of this incredible opportunity, shipping 1000 Volvo 144s to the Hermit Kingdom, along with, presumably, a bill which then-leader Kim Il-Sung promptly got a crack team of highly trained ignorers to forget about."

@Karen Being a professional ignorer is an actual job?
crikey I wont have to do anything for a living xD
PointlessSloth

I don't think your getting that money back.
Mixu

Wait a second... They owe Euros? But Sweden nor N. Korea uses Euro as currency. HOW!?

@Mixu The conversion of the actual currency into the value of a currency we can understand?

sweden: hey give us our cars back you fuck, or atleast pay us you f#ck!!!
north korea: f#ck off i got nuke and i'm not afraid to use it!!!
sweden: i'm half across the world, how the hell are you going to reach me!?!

@greenhatter02 You sure that's not how America would have done it?
WizardOfOz

All communists are pretend communists. If you don't believe me try getting one to share with you.
Rogers

Please don't mention this to Trump. We don't want to give him a exuse to attack North Korea.

@Rogers SPEAK FOR YOURSELF, NUCLEAR WAR HERE WE COME WOOOOHOOOOOO


This is a joke, no need to get butthurt

@hajlakan Well that would solve all our problems permanently.
TRenn

@Rogers Naah, stiffing your suppliers is one business practice that Lord Dampnut* respects. It's a large part of how he was "successful" in business himself. That and declaring bankruptcy at the drop of a hat.

*"Lord Dampnut" is an anagram of "Donald Trump", as pointed out by comedian Colin Mochrie.
eldfjall

@eldfjall it might just be that they used rates. Who knows how long they haven't paid for their cars after all
fiendishrabbit

@eldfjall The deal also included equipment for shipping and mining. By far the largest portion of the debt though is interest upon interest. Turns out that 40 years of interest becomes quite a lot, even at reasonable rates.
TyBruxtonz

Well, as communists (or pretend-communists), they don't accept capitalism. I'm actually not very surprised that they would do this.
PokemonSoldier

Maybe Sweden should, ehm, back off of the reminders? Please, North Korea is unstable and insane and is likely to nuke the US or South Korea or Japan because of it, because they are crazy.

@PokemonSoldier but they aren't dumb. They know what actually launching nukes would mean for them. Not just the end of North Korea, but war in asia
Motlias

@PokemonSoldier It's mostly a publicity thing at this point, no one expects Volvo to actually get the money, and with everything going on atm a polite note twice a year from Sweden is nothing to North Korea
Add comment: Please Sign in or create an accout to comment.