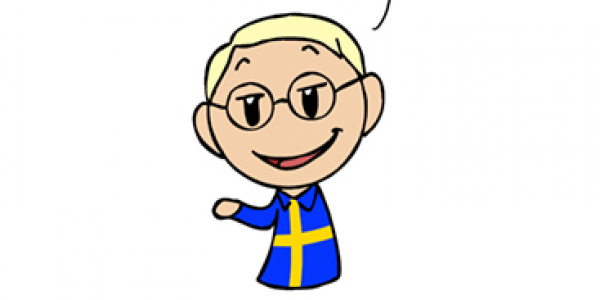 Sweden's Volvo made the three-point seatbelt design patent open and available to other car manufacturers for free, in the interest of safety. It saves one life every 6 minutes.
made by Svear

Now, if most countries and companies acted like this the world would be a much nicer and safer place

Allegedly, at some point the US government just decided that the safety of standard Volvos at that time would be the safety requirements by law for all other cars from then on.
lena_shelby

@lena_shelby don’t get it, how is that a failure for capitalism, Sweden is a capitalist country....

@PerMagnus many times capitalism has the interests of profit rather than the people at heart, most capitalists would make you pay for this shit for profit
Maris

Well good for you, Sverige.
HowAboutSunriseLand

i wonder HOW they know that the seatbelt saves a life every 6 minutes. o.O?

@Bropocalypse so, what? they just take how many drivers, then how many crashes a year, and how many deaths from crashes per year, and then calculate it from there?

@a_norwegian_guy Basically. I think it's more like
# of crashes per year
multiplied by (average # people per crash minus average # people who wear safety belts)
divided by 365.4
divided by 24
divided by 60
...or else someone is comparing vehicle fatalities before and after safety belts became mandatory in most vehicles, factoring in the rise in speed limits, air bags, "crushable" cars, child seats, etc.

@ArynChris You are probably right. But the logic behind this is wrong. As can be seen here;

The fact is that when you know you're safe because you're wearing a seat belt, you will drive faster and more recklessly. Which will cancel out the increased safety from the seat belt.
Well, not cancel out completely, but at least partially.

@Tjalve
Yeah. There should be a law that...
a.) all cars be equipped with a "dead-man's switch", that will stop the car if the driver isn't in his seat, and,
b.) the driver is forbidden from wearing a seat belt, or using of any other restraint, active or passive.

(The only argument I've heard for why seat belt laws make sense is a restrained driver is more capable of bringing a car back under control. The argument was silent on why EVERYONE ELSE in the car has to be buckled up under the law. *)
(* Well, there is the threat of flying objects, but then, there's no law requiring all loose objects be strapped or netted down, either, so it's pretty plain the seat belt law is a nanny state law.)

Seriously. Seat belts make people safer. Only an idiot would refuse to wear one when they're provided. Telling idiots they have to wear one is cheating Darwin out of his due.
Save natural selection. Ban seat belt laws.
BillBones

@Tjalve That unknwon effect is cancelled out by the unknown effect of people who fear dying in a fire trapped by their seat belts. *rolls eyes*

Driving style is barely a rational decission, and most accidents are caused by irrational causes like driving too fast, being intoxicated or not paying attention. This is why self-driving cars are expected to have a dramatic impact on road safety.
AlephFIN

@Tjalve Fact, now? How about total bullshit instead?

@AlephFIN I can only assume that you didn't understand what I wrote.
Kemm

@a_norwegian_guy Either they do statistics or they single out all crashes wherepeople were wearing the seatbelt and survived and then send some shady guys to the past to prevent those people from wearing it, wait for the crash, check if the ones wo should be wearing it survived, then travel back to our timeline with the results and they make a tally. Whichever you think it fits.
o98