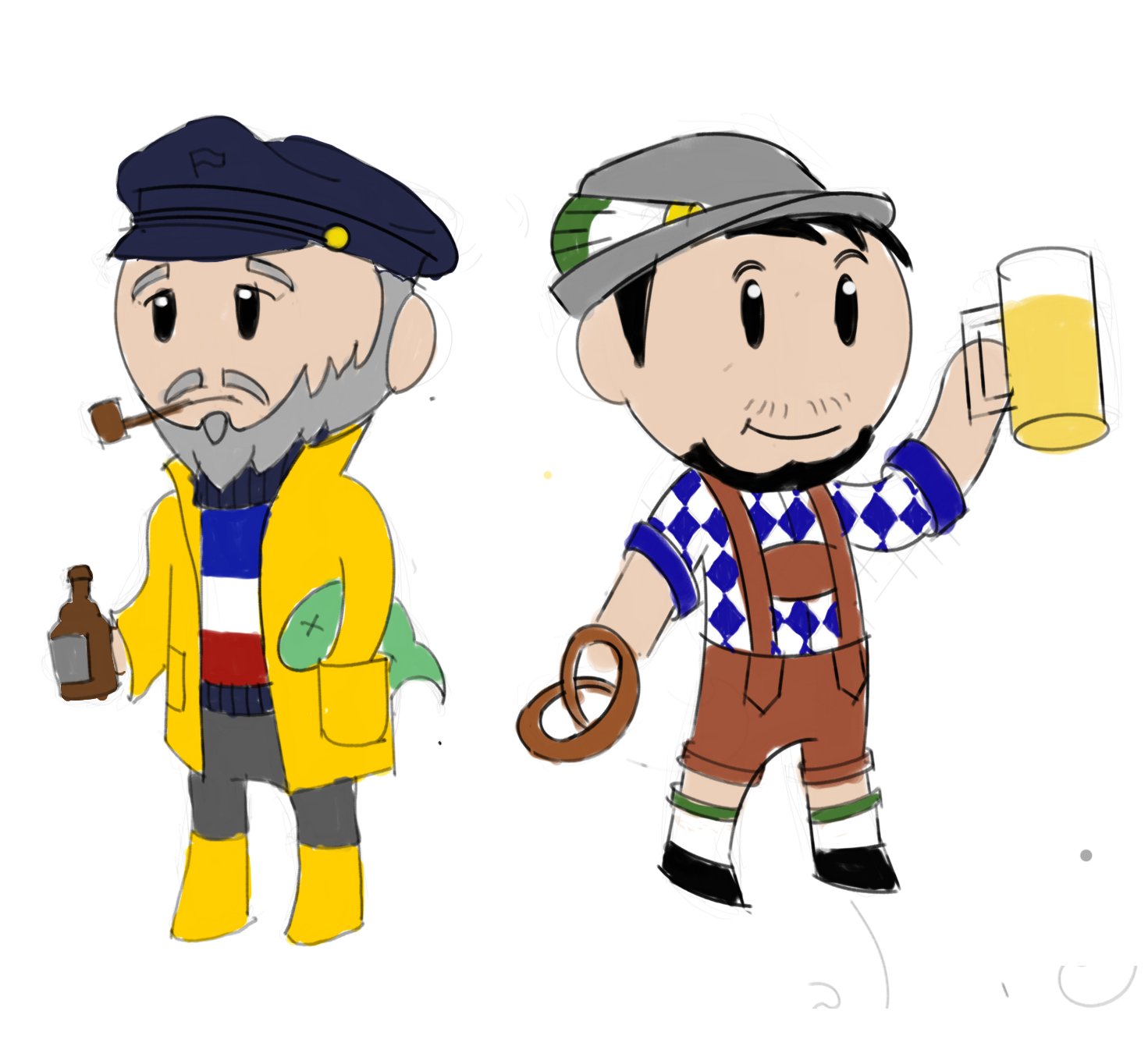 One Country two really different cultures and if you ask northgermans even two different languages. 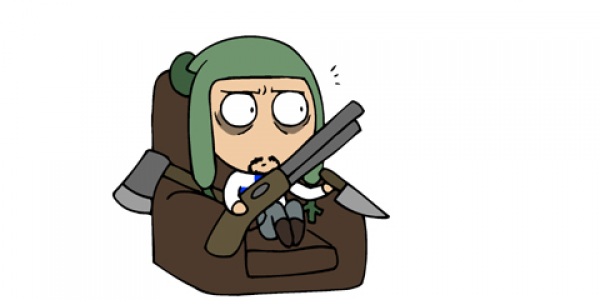 There is a finnish battle cry from World War 2 called "Tulta munille" that means "fire at their balls". 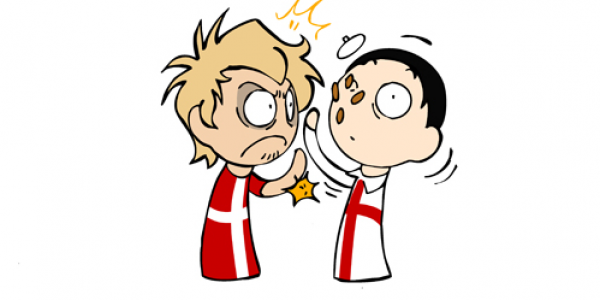 The GDP of London is significantly larger than that of several European countries, including Belgium and Sweden

I'm actually not sure about the North, but what is decripted here as the south is Bavarian - the Shirt colour does give that away.

Now, as a South German, this upsets me quite a bit, because it is not an aft description. The South does consist of multiple different cultures. I can think of at least 4 of them. From West to East we got the Badener (Badenians), followed by the Schwaben (Swabians), then we got the Francs (Franken) and then - and only then - do we got the Bayern (Bavarians).

The Thing is: During history, some of those other cultures were politically put together to form one state. In the case of Bayern (Bavaria), they got some lands of the Swabians and the entirety of the Francs. But that doesn't mean that the Francs gave up their culture, mind you.

The same is true with the Badener (Badenians). You see, Baden as a sovereign state was dissolved after WWII and fused together with the State of Württemberg, to which most of Schwaben (Swabia) belongs to, to form the State of Baden-Württemberg.

But if you call any of those three groups a Bavarian you better start running for the hills, because it is most likely that a gang of Swabians, Badenians or Francs will come at you armed to the teeth with knives, axes, and other sharp harmful objects. The only way to be forgiven such a grief and heinous mistake is to quickly drop to the floor begging for mercy while informing the angry mob you caused that you are either a Migrant from Africa, an American Tourist or a member of the AfD. You'll quickly find that all of those three Groups will immediately loose their wish to harm you and instead start teaching you about the differences of those three cultural identities.

Do I need to clarify that the Bavarians aren't really liked amongst South Germans?

If you should make the mistake of calling a Bavarian a Swabian, ah well, you're pretty much shit out of luck. It was nice knowing ya.

Naturally, the differences are quite obviously when you view some examples of folk dresswear.

Now, I assume that you're not from the South so my wish was to educate you instead of harming you. Now that you know better you're off puppy protection. Don't you ever visualize South Germans as being Bavarians. We don't like that very much.

@Wolfenbuehl : The Frankish Germans have definitely been overshadowed by the Bavarians. That being said, it is a very unique part of Germany and definitely worth a visit. Anyone who goes to Bavaria only to see Munchen is missing out. Wurzburg is a very Frankish city, they even prefer wine over beer.
germ2dane

@Wolfenbuehl Thank you for the work you made yourself to educate me.

It is indeed the sight of a Northgerman and I knew especially the Southgerman will polarize, but as much as I hear here in the North nobody refers to Francian, Swabian and if only little to Baden or Württemberg. The North is also not so united as it is pictured here. I personally as a Mecklenburg-Westpomaranian (which I also don't see as one Region) don't really like the arrogance of the slogan "Schleswig-Holstein the real North". But if it's about Southgermany all here would agree that we are Northgermans and that Northgermans are better especially in speaking german.

It was not meant to offend.
ich

@Wolfenbuehl Thank you.I´m a swabian and I hate it to being called as a bavarian.They´re kind of ridicolous and there language is strange.
Sisu

North kinda looks like my stereotype of Norwegians
StarrySky

More than two really different cultures, and I would say Bavarian is more of a different language (more difficult to understand for a speaker of standard German; that is) than almost anything spoken in the North. (Unless you meant northern Germans consider Bavarian almost a different language, which could be true, it's hard to tell which you meant because of how you phrased it.) However, this did make me chuckle, especially North's expression and the dead fish under his arm.

@StarrySky North Germans usually speak standard german, but also have their own language, Plattdüütsch. It is the language Dutch evolved from.

Yes, I know that... It is quite a rare language, though.
ich

Sorry but,this isn´t true.There are maybe some Southwest Germans like the Badenians or the Francians or Swabians like me! Bavarians are not the only South Germans!!!!!
Carewolf

They say that Bonn was the ideal capital for Germany because it is the perfect blend of Prussian charm and Bavarian efficiency.

@Klaus That's real funny XD. I didn't know that joke... I was born in Mecklenburg so for my parents and all I know from this time, the capital was Berlin all the time.
niauropsaka

It does look like you drew Schleswig-Holstein and Bayern, from the flags.

@niauropsaka Yes it is. I didn't know which colors to pick. The Flag of Schleswig-Holstein was good because you find the colours in the Flag of Mecklenburg-Westpommarania too and the red and white is also in the Flag of Hamburg, Bremen and lower Saxony. With south germany it wasn't so easy with the colours so I choosed bavaria, because the most stereotypes I hear about South Germany refer to Bavaria.
Private_Red

Is the north Schleswig-Holstein? It seems like some others are missing for the North, like Brandenburg, Lower Saxony, Hamburg, Bremen, Mecklenburg, Hamburg, etc.

@Private_Red : Those are indeed the German Länder which are considered to compose nowadays' Northern Germany.