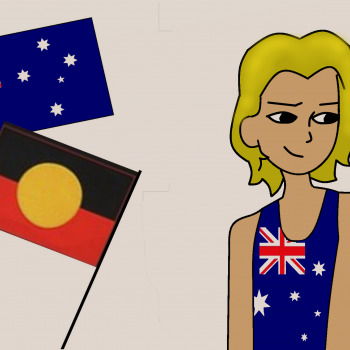 @Merove I don't know. Been to both Paris and Rome (and a couple other Italian cities), didn't exactly go counting dents in cars but the traffic sure seemed to be a lot calmer and have a better flow in Italy than in Paris.

@Leonick Well, like in France, it depends of the region I'd say. I live in Bretagne, and traffic really scares me in Paris. But I went to Italy, in the north especially, and I've seen a motorcycle, passing another motorcylce, which was already passing a car. Quite a concept. When I was younger, I went to spain with my family, and while on the highway, we were going around 150 kilometers per hour, and we were passed. By a bloody big truck, and quite fast I might add. So in my personnal experience, I'd say it might be worse in Spain and Italy, so i quite agree with Merove on this one. (FYI, speed limit on highways is around 130 kilometers per hour).
Balsiefen

@Leonick Really? Last time I was in Italy it felt like I was at the centre of a tornado that had just gone through a moped factory and an Armani store.
KiiriCraft

@Merove Yes, we all become serial killers when we get close to a steering wheel. No, seriously, I've seen guys crossing like four lanes in a row and not giving a single f*ck about it. I'm so proud of 'em •ω•
Darkwyng

@Merove And now I kind of understand why us Latin Americans drive the way we do.
EclipseMaster459

@Merove You clearly have never been to New York, USA. When I went there, The streets were clogged with bottleneck traffic and the taxi drivers were either fully on the brake or fully off. Got a nasty headache from that.
Balistare

If they drive their tanks like that, then it is no wonder, nobody was there to defend paris....

@Balistare Yeah, because obviously huge tanks are the most efficient way to defend yourself against a few armed people who sneaked their way into places and shot people randomly. Not like they would take ages to go anywhere and cause huge freaking collateral damage.
Moron.

@AlphaXXI Oh yes, I forgot, a german PANZERDIVISION is just a bunch of armed people, my mistake!

I actually did see an accident once where a car ended up upside down on top of another car with both cars pointed in the same direction. Not sure HOW they managed that. The one time I went to Barcelona and took a taxi through a traffic circle convinced me that that is where NASCAR got its start.
cutiedenmark

You should look up Russian dash cams. Literally far worse than anything France could do. I saw a 30 second clip, and man I'll tell you it was hilarious and terrifying
bilby

@FrankHarr any one of the three parallel roads they see while driving...

She went another direct. One I did not suspect.

Fun fact, we even have a saying here in Denmark, called "French Parking", it's when you're to park by the side of a road, but there's only just enough room, then you use your front bumper to push the car in front of you so that there's room.

@QaRajhCreations yeah I heard that from my driving instructor

You should come to the States and try New Jersey. It's basically Mad Max. When I was in France traffic was a breeze in comparison.

@CM925 So I should get an older muscle car, chrome spray paint, and an affinity for explosives before ever going to New Jersey?

And here I was thinking that place had next to nothing to offer...

@Attacker732 Don't forget a gopro so you can be witnessed
Bjarke_the_Dane

My experience is, the further down south you drive in EU, the more insane the traffic becomes.

@Bjarke_the_Dane Perhaps it is because the ammount of people/km^2 also increases.

@paperiolento My upper secondary school chemistry teacher got her driver's license in Italy, and said that when there's about a million cars cruising through the streets of a city one must be a little flexible with the rules. So probably yes.
Lekastan

French driving lessons: Can you start the car? Congratulations, you pass!
Graup

On the other hand there's Germany. To him cars are holy. His garage is a little church and he would kill others for even just touching his car.
Add comment: Please Sign in or create an accout to comment.