Netherlands http://www.youtube.com/watch?v=n5iazXvMw5o Can't be seen in the video, but it started with a clip of the singer boxing the air on top of a house, followed by her singing of birds falling from rooftops...

Malta http://www.youtube.com/watch?v=3EiuqczFZhQ The only way they could have made it cuter would be to have puppies perform the number.

Moldovia http://www.youtube.com/watch?v=xckgLUv73Jc was supposed to be a volcano, but I have to admit it reminded me more of an upside down ice cream cone because of her hair.

Azerbaijan http://www.youtube.com/watch?v=iN3d_V7KVLE had a man in a box, and was very close to winning.

I do think it's rather sweet though that the winning song "Only Teardrops" is actually about Europe and a plea for everyone to get along. 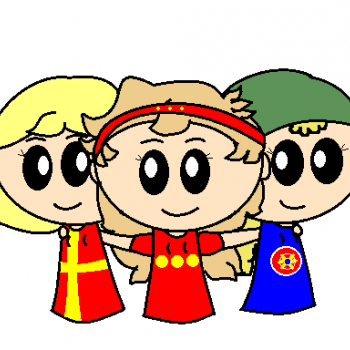 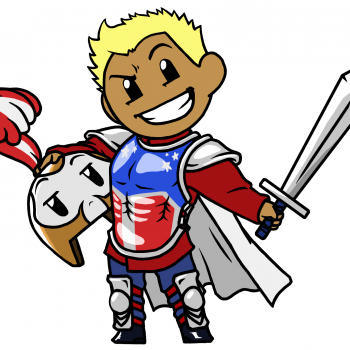 Why do both Denmark’s look Psychotic ?

I know I’m gonna sound like a stereotypical Swede that is mad we didn’t win 2013 but no (1. Our song that year SUCKED 2. Denmark’s song that year was pretty good & 3. I don’t care THAT much about ESC, I’m more of an Melodifestivalen person but if Sweden has an actually good song I probably will watch it. Anyway

. Hear me out tho... it sounded pretty similar to “euphoria” that won 2012... not exactly the same but pretty similar... just had to say it okay?!
LavaMadness

That's it, I'm gonna start watching Eurovision.
And if it's just for getting even more fun out of the yearly SATW Eurovision summary.
NorwegianFairytale

I really want to see Belarus appear in more comics ^^

Belarus is the queen of sparkles, while Iceland is obviously the king.
TheyCallMeMo

Only Tear Drops is still one of my favorit songs

so yeah Denmark deserved to win :3 the Swedish song was so bad i got so mad when Robin won The Swedish Eurovision -.-

@Swenor I totally agree. I was screaming ''NOOO!''

@TheLynx012 Tear drops was grand I loved it
AngryMetalhead

@AngryMetalhead
As an Icelander I don't really want Eurovision to happen here. We don't have the money or space and having 100.000 or so people coming here and polluting the country isn't really something I want.
Add comment: Please Sign in or create an accout to comment.