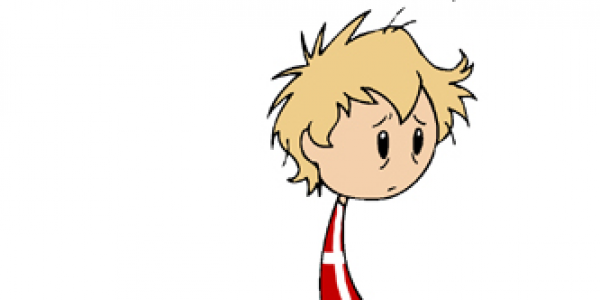 From 1809 to 1981 Denmark was at war with Huéscar, but people apparently forgot about it, and not a single bullet was fired.
made by TheEyesArtist

This situation is easy to understand if you ever played Civilization. You end up in war with some small nation on the other side of the world, usually because of alliances, but it's too much trouble to actually get your armies all over there so you ignore the whole thing.

@Kissamies Haha! I love this. You are absolutely right. "I'm technically in war wit Japan, but they have just one crappy city and are half way across the map. Nah. Why bother."

Letting them know that they’re not important enough to engage is victory enough!
Almonaster

I have been told that Berwick-Uopn-Tweed is still at war with Germany. Apparently it was specifically included in the declaration of war, but not in the peace treaty.

Can Huescar sneak into Nordics?
Nebula

Makes me wonder what else we might've forgotten...

The weird(est) part of the whole deal. The flag of Huéscar looks identical to the flag of denmark.

@fiendishrabbit That makes it a lot easier to understand.
I mean, Denmark probably has a War room in his house, with a big board listing everyone he's currently at war with. Sweden of course having a hotkey or something. And then Denmark looks at this board to check who he's currently at war with. And there he see the danish flag. And he thinks "Well, this is the danish war room, so a danish flag is quite natural to have".
QaRajhCreations

WHAT!? I'M SPANISH BUT I NEVER HEARD OF THAT STRANGE WAR! (Huéscar is in my country, Spain).
nemoleeexe

It was called "The Forgotten War" by every single other nation.

@nemoleeexe I thought that was the Korean War?

@SmashNerd23 I was trying to be funny.

Same as Montenegro vs. Japan.