The "sue culture" of the US will never not be funny to the rest of us. ;) 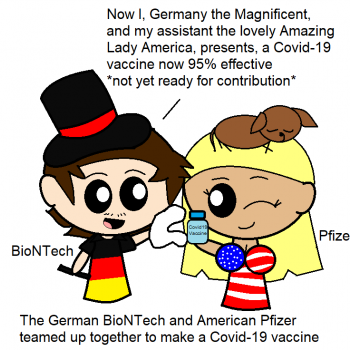 Together We Can Heal the World 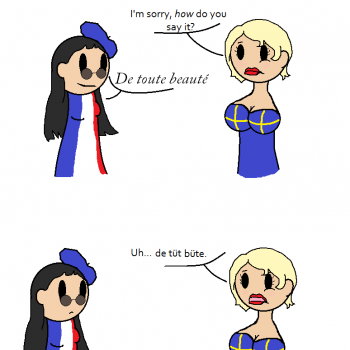 @Willowthecollie That reminds me of a dog barking at itself in a mirror.
korben600

@Willowthecollie Ohh geez, that's not the best part of that story. The thing is, Fox dropped the case against the Simpsons but added an extra rule. The Simpsons couldn't put in fake "Breaking News" crawls at the bottom of their shows (You know the "Breaking: Donald Trump ate a burrito in Moscow" things at the bottom of the screen), the reason being that they were worried that Fox News viewers would mistake the joke for their news.

If you're wondering why Fox News viewers would think that a joke from the Simpsons is real news, you either watch far too much Fox News, or very little.

Here's an example, which of these is a quotation from a Fox News broadcast, and which is fake?
Obama fist bumps Michelle Obama and the commenter analyzing it says: “A fist bump? A pound? A terrorist fist jab?” she said. “The gesture everyone seems to interpret differently.”
or...
New Report: 120% of Americans believe that scientists falsify climate change data

Answer: Both. Both of these are actual Fox News pieces. There are dozens of these and they only get worse.
source: https://www.buzzfeed.com/jessicamisener/most-insane-fox-news-moments-of-all-time?utm_term=.qeW6ewD0Q#.tnAbR9NwW
Irish

The "hot coffee" lady suffered 3rd degree burns and had to get skin grafts. She was not driving, her son was, and she was sitting in the passenger seat.
Sensationalizing court cases is a tactic used by large corporations to make sure that they do not get sued over legitimate claims.

@Graup Well.. I'd wish it would be like that

I figured it would be this one:

England: "I say, would you mind awfully?"

Ummmm I do not disagree that America is ridiculous with lawsuits, but let's talk about ICELAND, where families were suing each other left and right as early as the 11th century over the most ridiculous shit lol. The most respected people in Iceland were either Warriors or Lawyers.

I just came to think of one of finland's battle cries that I've heard of. Which actually translates to "fire at their balls"

@AwesomeNoodles I prefer "we'll meet on the tanner's rack!"
DaCulus

@DaCulus Without a doubt the greatest battle cry ever.

@Finn456 what does that mean, out of curiosity?