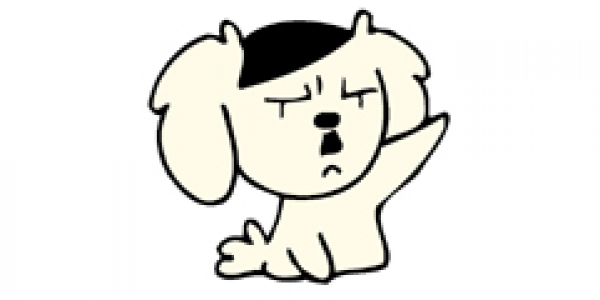 To say: "There was no holocaust." is a crime in Germany.
made by GengarStyle

Not saying it, but arguing it.
Faeryn

I think Germany handled their mistakes the right way. They didn't hide it or wash it from the history books. Their people have learned from it and I think the country is better for it. If only other countries followed suit.
nemoleeexe

When will they repeal that law?

@nemoleeexe Would they ever want to?

@mfoweraker THERE IS A HOLOCAUST!

@nemoleeexe Yes, and as a result of it having happened and the seriousness of that on history they don't want people denying it.

@mfoweraker
I think he might be confused, and think there is a law against saying there WAS a holocaust, rather than claiming there wasn't.
yoisi

so basically thought-policing. literally. whether you think its wrong to be a holocaust denier or not, doesnt change the fact that this law is fundamentally against freedom of speech and freedom of thought.
Elfik

And in Poland it's illegal to say "polish concentration camp". You can literally go to prison for that - plus, if you are someone influential, Polish media would make a drama like you were the founder of every concentration camp ever in Nazi Germany and Soviet Russia
Hinoron

There are also laws in Germany and several other European countries about raising a hand in the Nazi salute. Don't do it there if you visit, even as a joke.
NorthIreland

Could you get arrested for that, or would you just pay a fine?

@NorthIreland The actual paragraph lists up to 3 years in prison or a fine. Depending on how and where it's actually said and done, it can also count as sedition which means up to 5 years.

In practice, though, most of the time this only matters when it's a party or society publicly downplaying or defending the holocaust. Then this paragraph can be used to shut them down.

@Neuntausend Ahhh, thanks for comfirming that.

@NorthIreland By the way: Quite a few countries have laws against public denial of genocides or crimes against humanity. Germany just has a paragraph about the denial of Nazi crimes in particular for more or less obvious reasons.

@Neuntausend Ah. Once again thanks for that information.

Yeah. It's pretty obvious why Germany'd have a paragraph about that.

@NorthIreland Not to me... Why did we do that again? :P

@Wolfenbuehl (Just saying, this is coming from a Northern Irish man with no experience of Germany whatsoever except one tourist visit a while back)

Well apparently the people there have a bit of a phobia of a German commiting murder or something and then the other countries will bring up nazis. In fact, I've heard they're pretty paranoid about nazis on the whole, because they were the place where the person who started WW2 came from, so obviously they have the right to feel paranoid about that. They'd have a paragraph on that because of the avoidance of having mistaken people bring Nazis into a news or newspaper conversation about the incident, because as @Neuntausend said it would only happen in practice if it was a large party or society publicly downplaying or defending their crimes agaisnt humanity, that would be likely to be brought up on the German news and possibly foriegn news. So they'd feel paranoid that another news station would refer to the Germans as nazis, which could be changed by newspapers to Germans are Nazis, and then news might spread around the world about Germans being Nazis and, I mean, who DOESN'T want their nation compared to the followers of the arguably evillest man in history.

But I dunno, right? I'm just a Northern Irelander who's only been to Germany 1 time.

@NorthIreland Quite on spot. We are so afraid and ashamed of our own history and everything that even comes close to being nationalistic that even the last night of the proms for example makes us uncomfortable, because there are people with national flags loudly singing patriotic songs with pride and joy. An event where some dude dressed up in an imperial german uniform sings songs about germanys greatness and strength is completely unimaginable for us. National pride is only allowed in football. Some SATW strips hit the nail right on the head:

On the other hand, nationalist conservative parties are gaining in strength all over Europe at the moment, and germany is no exception there. Our AFD is not yet as strong as say the french FN or polish PIS, but they exist and are gaining followers.
Wolfenbuehl

@NorthIreland Hey, thanks for the Explanation, but my Reply up there was of a more sarcastic nature and not a serious question... Sorry for the confusion. I actually think that the law is a good idea, because there are still many People in the world who would deny that the Holocaust actually happened. The law enables us to punish those People for their stupidity, because to deny something that has been proven to have happened time and time again is in my humble opinion nothing else than sher and utter stupidity in its purest form.
sagas

'@Wolfenbuehl'
You're seriously asking why Germany in particular would have an additionally specific paragraph about Nazis in their genocide denial laws?

@ChineseNz2003 How about not? We've got our hands full with the ones we already have. They are a difficult bunch.

@ChineseNz2003
Sending all the unpleasant people who don't play well with others has been done before, and resulted in the USA and Australia. :P
Irish

There's some room to interpretation based on context, but in general, yes: