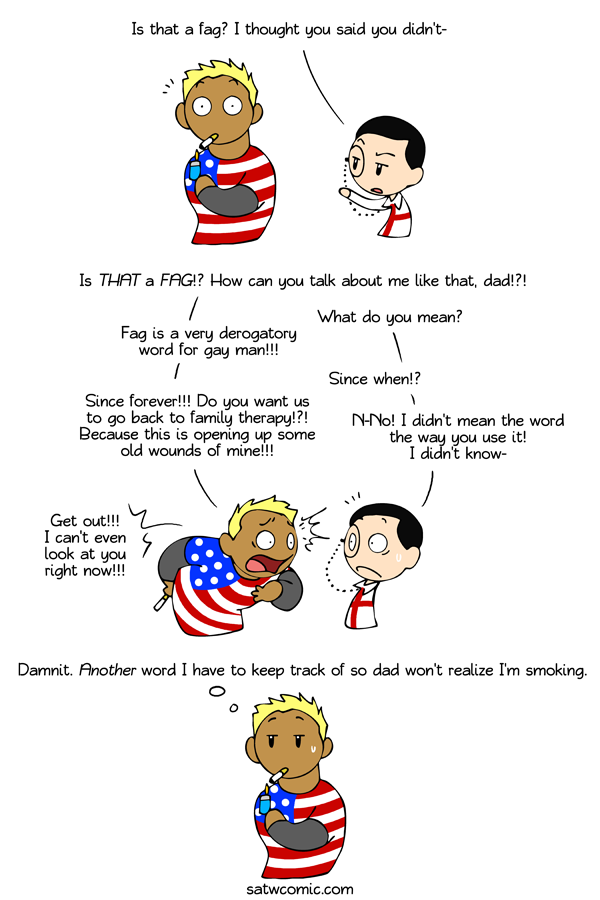 It's how you use the word 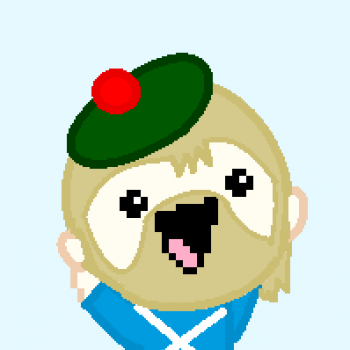 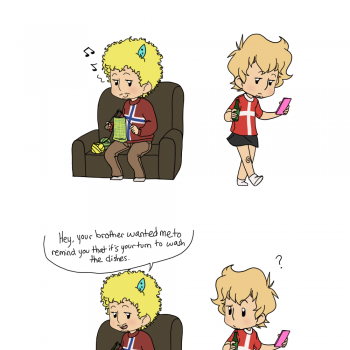 “What’s this here,” he said suspiciously, “about us got to give you faggots?”
"Oh, we have to have them,” said Newt, “We burn them.”
"Say what?”
"We burn them.”
The guard’s face broadened into a grin. And they’d told him England was soft. “Right on!” he said”
- Terry Pratchett & Neil Gaiman, "Good Omens"
Artur_I 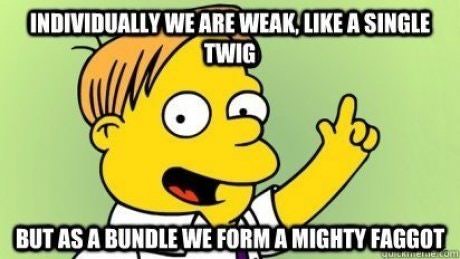 @Artur_I That got a nice chuckle out of me!
Hinoron

Odd to see England confused by this term, considering it started applying to gay males in English boarding schools.

British boys boarding schools in the 18th and 19th centuries were quite nasty little places, and the boys were largely unsupervised except when in classes. Chores had to be done, and the least liked chores got pushed off onto the smallest and youngest students. Collecting firewood (literal faggots of wood) involved going outside in the cold in bad weather, and so was universally disliked. Much as blacksmiths became surnamed "Smith" and those who made pots got named "Potter", the smallest boys who got stuck with the task of fetching wood became known as "the faggot".
Now, put a bunch of rough boys going through puberty in a prison-like dorms with no supervision... before the inventions of easily distributable porn... and they will FIND something to stick their penises into. Typically this would be the smallest, youngest boys, least able to defend themselves, a.k.a. the school's "faggot".

I think we know less about how the term "fag" (for a bundle of sticks intended for firewood) came to be used for cigarettes in Britain. I mean, granted, both end up lit on fire, but that's about the only commonality.

@Hinoron Thank you for the history lesson. As for how a cig became called a fag, I can see an extention of the 'bundle of small sticks' applying to 'a bundled stick of small leaves' or possibly the innuendo of smoking and male oral sex.
Zuperkrunch

@Hinoron wow.. Are u a historian?

@Zuperkrunch
My brain is a wonderful encyclopedia of almost useless information. :P

This is not entirely inaccurate, but it doesn't go back nearly far enough.

Fag/faggot, like pretty much every other word used to call males less than masculine was taken from a term used to describe females.

Faggot has been a derogatory term for women (typically old women) since the late 16th century, likely along the same lines as "withered prune" or the like.

The only other origin that doesn't ultimately stem from the same source (the term as used in the above post evolved from this usage) would be the Yiddish term, feygele, which means little bird. And, prior to becoming a term to describe men who are less than manly? You guessed it; it was a term to describe women and girls.
ComputerDweeb

@Hinoron Oh, I think that makes a bit more sense than what I had heard. Someone else explained to me that back when tolerance for homosexuals was practically nonexistent, people would roll them up in a rug so that they could not move and set one end of the rug on fire, resembling a fag.
Mirar

@Mirar I hoped someone is going to write this classic joke and I wasn't disappointed.
Almonaster

@Motlias LOL, I can imagine.

-So, DarkMage... You managed to piss off the SATW community again. What did you say this time?
-I thought it was perfectly innocuous! Somebody offered me an orange, and I said I'm not a fan of fruits.
ImportViking

So how's Canada mad at you? It's the US that's overreacting in a retarded way again via the Orange Utan and his team. And they're pushing the boundaries all the time on how far and how intense they go and lowering the threshold all the time for pulling the trigger. That's actually really scary.

I’m really aching to wake up from the nightmare that is current American politics.
Nailbender

@ImportViking I think he might actually be using prison survival strategies. Constantly rant and talk to yourself, shout at everyone, piss yourself and for no reason punch a guy who is much larger but at the end harmless. Everybody will think you are crazy and either be too scared to be your enemy or totally underestimate you. And those who oppose you are completely unprepared and just too confused to deal with you, giving you a huge advantage.
It's quite interesting.
Oh, and it also helps if you manage to get a REALLY strong friend, no matter how cruel and dangerous.
wingweaver84

@ImportViking I have to say(and I apologize,Humon,for adding to the political atmosphere in your (very enjoyable) comics),I have never been more invested in American news than I have been these past couple years. And frankly,it tends to really scare me sometimes. It's made me extremely grateful to be a Canadian,and I know that I can rest more easily once the Orange Menace is no longer in office. Whether he resigns,whether he's impeached(as he should be!),or whether something happens. I await that day in anticipation. And I feel so sorry for all of you who have to put up with him.

@wingweaver84 Unfortunately, I don't think the Lord Tan Dump will ever resign. Our best hope is reclaiming some Democrat seats in Congress and drag that lunatic kicking and screaming like the toddler he is.
ComputerDweeb

@wingweaver84 Trump is one of those fools that never gives up and if he’s forced to do so, he will have no objection to taking others down with him. The only chance we have at getting him out of office is if we were to get a Democrat majority in the House of Representatives and in the Senate. With that, impeachment would be possible, but even without it, Trump wouldn’t be able to accomplish anything on his crooked agenda (not that he has accomplished anything thus far). But hey, if the Mueller investigation is successful in finding concrete evidence that Trump is guilty of obstruction of justice or collaboration with a Russia to influence the outcome of the election, then he may be spending a while in federal prison. If that happens, I’m going to bake a cake!

@ComputerDweeb Well,we'll see what happens in November. Fingers crossed that the Democrats can get their majority back.
FrankHarr

@ImportViking "Orange Utan" do you mean Orangutan? Is that a joke I'm missing or???

@Alex_Greathouse Yes, it's a joke you're missing. Trump is known to look orange and to act like an ape, as such, a word play on orangutan, namely orange utan was made.
ameriFinn

@ImportViking why did my people ever leave finland. WHY.
SmashNerd23

@SmashNerd23 Valid... I mean... not to smoke a gay or kill a cigarette, or anything you know just... gramatically speaking... or talking...

*cough* I will stop smoking.
IcePhoenix

@SmashNerd23 Ough... This could get a little bit awkward when you say this as Brit in America. Or more the other way around... I can imagine the shocked faces of Americans in UK. xD
wingweaver84

@wingweaver84 You want to buy some death sticks?

@DarkMage7280 I want to go home and rethink my life, and I'll leave the death sticks with you.
Artur_I

@wingweaver84 I call them degeneracy
Klaus

@wingweaver84 #9771470
They are occasionally called coffin nails in Danish.

Variant on a theme. Their sometimes called cancer-sticks in Britain. ;)
ComputerDweeb

@Klaus I like that name. That’s pretty clever.
RadBaron

And then we can go further back to the word "faggot" , which meant a bundle of sticks.

@RadBaron
.
What about "Dyke".
Means a low bank, man made to hold back water.
.

@The_Yellow_Ardvark
Duh! What else would it mean?

@Blaatje Wait I thought dykes were electrician's diagonal cutters? Like so: http://www.electriciantalk.com/f14/bahco-dykes-31793/

@mecha Thats what I grew up knowing 'dyke' as. In the 90's i was on a job and told one of the other techs to 'toss me those dykes' and she threw (with intent) a hammer at me. I short while later we sorted it out.
ComradeRainbow

I didn't realize gay had come to mean homosexual until I was 15 - before then I assumed it was the classical meaning. Was quite the surprise for me.
Add comment: Please Sign in or create an accout to comment.