It's the Little things

This is both Innocence and Sin. 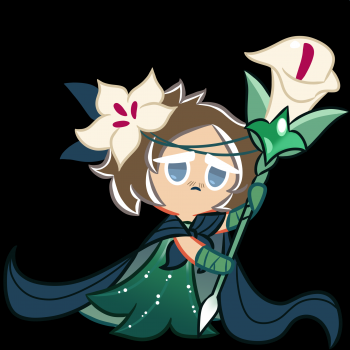 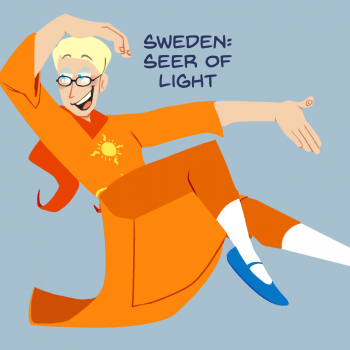 Don't ask America to draw you like one of his French girls then.

The flag is no big deal. But he should have drawn bigger boobs and a smaller waist !! Hmpf !!

@Spiclypeus At first I also thought that was the point. Didn't notice the turned flag...
Sonrisa

I legit noticed the large waist and no breasts before the flag mistake.
SexyDutchman

@SexyDutchman More or less. It's true that the flag looks better on the side, however I like our colors better because they are brighter. Anyway Luxembourg's flag beats both of us.

It's not even because it's wrong, it's just that horizontal lines make you look fatter.
RandomKitten

As an American, I'm sad to say I had to look twice to get it. XD

@RandomKitten
Me too, even though now it looks like a reversed version of my own home state (blue should be up and red should be down). So it's even worse for me not to see immediately.
Tear

@RandomKitten as a dutchman it took me twice. I wasnt paying attention to it.
LtD

"Draw me like one of your french girls"
poodle_doodle

Well, the US always uses the phrase "red, white, and blue", so that's the order he drew them! Still, the old French flag with the gold lilies did look a lot prettier.
deltaquadboi

I miss when Brother America used to look like this.

@deltaquadboi Sadly too many people agreed with you and that is lead to him changing.
LeDoc

There is some relation to the Batavian Republic, when the French conquered the Netherlands. According to the article on Wikipedia about the flag of the Netherlands: "With the revolution in the Netherlands in the last decade of the 18th century, and the conquest by the French, the name "Prince's Flag" was forbidden. The orange-white-blue was changed into red-white-blue (colours to which the French "liberators" were kindly disposed, analogous as they were to their own tricolour, chosen just a few months earlier) […]".
And the motto of the Netherlands is "Je maintiendrai" ("I will maintain" or "I will stand my ground", in French). It is also the motto of the city of Orange, in France, in connexion to the house of Orange. They chose it when William I of Orange-Nassau kicked out the Spaniards.
[That said, even the motto of the UK is in French: "Dieu et mon droit" (more or less "My divine right" in old French).]

@LeDoc Pikiwedia is, as usually, talking bollocks. We were flying the *Red*, white and blue before France even knew what a revolution was.

@rlb Dates, sources perchance ? There are numerous references in said Wikipedia article. Maybe some of them are wrong. Could you tell me which? And if they are indeed wrong, maybe spend a couple of hours correcting the article in Wikipedia instead of mocking a very valuable source of (free) information.
LeDoc

@rlb From the same article, which may further explain why the red, white and blue existed prior to the Batavian flag:
"Statenvlag
After about 1630, the orange band tended to be replaced by a red one, as indicated by paintings of that time. The CIA Factbook suggests that this was merely due to the orange dye used tending to fade to red over time.[6]
Alternatively, it has been suggested that there is an older association of the colours red, white and blue with the Low Countries, going back even to the late medieval period. During the 15th century, the three colours were mentioned as the coastal signals for this area, with the 3 bands straight or diagonal, single or doubled.[7] Muller (1862) suggested that the colours were taken from the coat of arms of the Bavarian house, the rulers of the county of Holland during 1354–1433, who used the Bavarian coat of arms quartered with the arms of the counts of Holland.[8]
It appears that prior to 1664, the red-white-blue tricolor was commonly known as the "Flag of Holland" (Hollandsche Vlag); in 1664, the States of Zeeland complained about this, and a resolution of the States-General introduced the name "States Flag" (Statenvlag).[9] According to de Waard (1900), the Dutch navy between 1588 and 1630 always displayed the Prince's Flag, and after 1663 always the States Flag, with both flag variants being in use during the period of 1630–1662.[10]
The red-white-blue triband flag of the Netherlands as used in the 17th century is said to have influenced the Russian flag.[11]"
Add comment: Please Sign in or create an accout to comment.