There’s no point to this. I just wanted to make a comic that had Finland, Sweden and Åland’s characters bouncing off each other.

This comic could have gone on forever, but I had to restrain myself. In my head Finland and Åland’s fight just keep escalating without any of them really getting hurt, and it ends with all of them drinking coffee together because Sweden timed it perfectly. 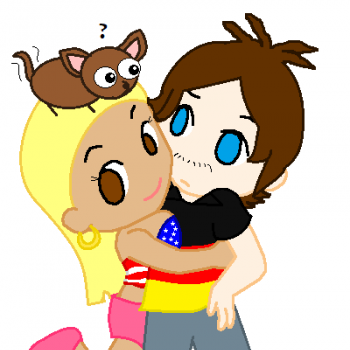 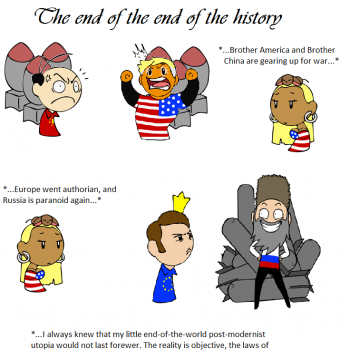 The axe is actually a nice touch - one of the first Finns ever mentioned in Christian legends is Lalli, a finnish peasant who in a fit of rage murdered bishop Henry of Upssalla, administrator of Finland, with an axe.
Swedishbooks

Awww. I really really love Sweden/Åland. They're so extremely cute.
Hey, have you shown sister Åland yet? That would be very fun to see. Is she reacting at Finland the same way or is she nicer to him? How is Åland with Sister Finland?

Damn it Finland. Don't do that! And watch out, Åland is mad. I love Sweden who is just like it isn't anything strange " 'sigh' I'll have the coffee ready"

@Swedishbooks hmmmm..... good point, but im not sure there IS a sister aland as aland is technically 'just' a cousin of finland. like, theres brother finland, sister finland, and cousin finland whos known as aland? maybe?
but yea, with alands history with sweden/finland AND his own achievements as far as i know... personally i think he fully earned the right to live where / with whoever he wants, and since its been quite a while, maybe he can almost even develop a sister version =D
((brothers and sisters in this comic come from varying stereotypes within the same country, see, but i havent heard of aland having multiple stereotypes just yet))
Lavenderflower

You need to make an extended version
rfdnn

Finland must have been hiding under Sweden/Åland bed the whole night because Åland never wants to be near him, and he showed up when he hears Sweden wake up. He might hear Åland and Sweden doing it that night too :p
TheDramon

Finland with glasses is amezing

Finland pokes up over Sweden : these glasses.. i look sexy in them