Denmark doesn't care what you are. Only thing that matters is if you want to have sex with him or not.

Thailand is a kathoey which is different from a trans woman in that they often still identify as male on some level, or third gender. You should look it up. 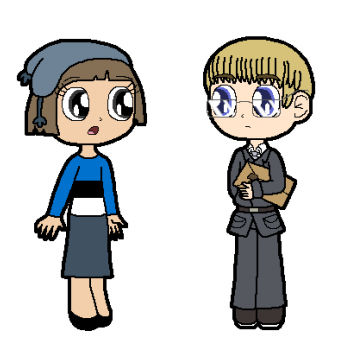 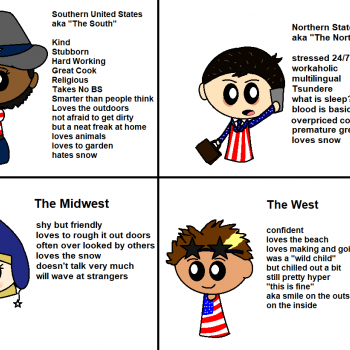 Actually, we prefer third gender. However, we are okay being identified as man or woman. Being man or woman doesn't matter to us anyway. ^^
scoutbokmal

Brother Denmark is like Capt. Jack Harkness. Flirts with everyone and everything, and, should the opportunity arise, probably have sex with it to.
ScottishHetalianCat

I love how Denmark is like (shrugs) whatever
star3catcher

This is sweet in a weird way.
Mal19

Who cares what the others think, Brother Thailand is adorable that way!

@Mal19 Agreed! If you look good and I'm interested in you, Idgaf 'bout your gender :')
FTKnight

@FTKnight I'm not. I'm much pickier, gender isn't the even my only absolute deal breaker. But whether that makes me better, worse, or just different (what I'd definitely lean towards), is not for me to say. But I can say that I have many times wished I was in Denmark's boat. Some facets of who one is, though, are immutable (although which facets may vary from person to person).
Zenon

I very much adore Brother Thailand's portrayal.
A bad word was here, but now it is gone.

@Zenon
Like most terms for people, it depends almost entirely upon the intent of the speaker.
StormTheHatGuy

@Zenon the word "trap", and it's use to describe trans women and gender-nonconforming men, has killed people

@StormTheHatGuy
Ok, lemme rephrase.
I'm not using it as a slur.
Hinoron

I rather doubt it was an arrangement of letters that actually killed anyone.
I'd be more willing to believe the word was used as an excuse by a psycho who wanted to hurt someone regardless of what word was used.

@Hinoron The word promotes the stereotype of there being predatory trans women/gay men who are trying to trick straight men into having sex with them. It's a type of gay panic.

I'm not prepared to die on a cross to defend a word I've never used to refer to a living human being in my life, but I think you're fighting the wrong battle. It's like saying you believe that if the KKK had been too shy to use the N-word, they'd magically have lost all motivation to hang people of colour from trees.

@Hinoron Fifty years ago, people said the same thing about the n-word, but look at how that's changed- getting rid of its casual usage was a major goal of the Civil Rights Movement. Right now, in the US, the UK, and other countries around the world, transgender rights are under severe threat, so transgender folks like me are going to fight against the usage of words that objectify and dehumanize us.

Fair enough I suppose.
Though I still think your efforts would be more effective if focused on actions, behaviors, and active discrimination, rather than spending your limited time and energy, and the finite quantity of public attention span and sympathy, fighting against Admiral Akbar memes and Japanese cartoon character archetypes.

Real people, and their rights, matter more. That's the only point I'm trying to make here.

The Civil Rights Movement could have done well to have more tangible goals also. Do you think the parents of an unarmed black teenager shot in the back by a cop, care very much if he "dropped an N-bomb" as he pulled the trigger?

@Zenon meh, for some reason i hear trap used primarily outside of the gay community, and used interchangeably for both trans women and feminine men, so it makes me feel a bit weird when i see it. i know other people express the same sentiment, and some people are perfectly fine with it.
however, "femboy" is one that's used pretty much exclusively in the gay community and i've never heard of anyone taking offence to it. personally, i prefer it, though some people probably don't. if you like to use that instead, then i imagine that's a good way to avoid having to state that you don't mean ill intent with the verbiage.
ShoggothOnTheRoof

@Zenon The term refers to the inaccurate and harmful stereotype that transgender women are really gay men who are trying to "trick" straight men into having sex with them. It absolutely is a slur.

@ShoggothOnTheRoof
I've only ever used the term affectionately as I happen to like them.
Besides, what use is there giving a previously harmless word the power to offend?
It seems quite counter-productive fussing over it instead of ignoring it.
Also, what about those poor people who self identify as such? I'm sure they feel real good having their word slurified.

@Zenon Here's the thing: the term is and has been offensive for a long time. You obviously realize this because you stuck a disclaimer about it on your post. When called on it, you doubled down about how you're "only using the term affectionately." The problem is that you're not a member of the group, which means that you don't get to decide that they shouldn't be offended by it. As someone who's not a member of the group, you can't reclaim it. And there isn't any sort of big push in the actual community to do so.

@ShoggothOnTheRoof
I will comply.. because your avatar is offering me food.
ISureLoveCountries