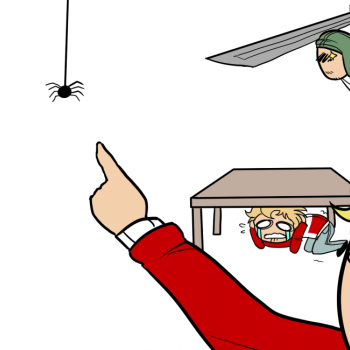 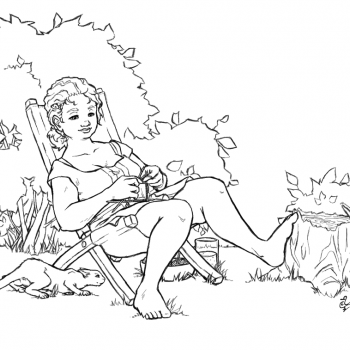 That's just the sort of thing actual aliens would do to trick humans! Shoot it!

@Archeopteryx
To be fair, it was Mr. Burns.

@TheMadKingEnDanska
He does? Someone get an extinguisher or he'll end up in Cinders! That would be a Grimm way to go.
Zervo

@CorruptUser I think you may be confused, the Tsar was overthrown 75-ish years before the dissolution of the Soviet Union, I highly doubt that anyone didn't know that the Tsar had been overthrown by the time of dissolution.

Old comment, but I didn't misspeak. There really were parts of Siberia that didn't know that the Communists had taken over until after they fell. Much of that territory is only "Russia" on paper.
Nethyae

@VanessaLeskinen probably what would happen

Sounds out of this world... Hah, get it, because they came from space! ...I'll find the door myself...

@PDOGG *glares at you disapprovingly* people have been shot for better puns than that :P

@crwydryny hey now lets give him some SPACE

'@crwydryny' Do not alienate him just because he's a little spaced out!

@real-cool-cat Sir, I shall give you praise for the alienate pun, did not expect one like that

'@BravoTangoZulu' Thank you. When I grow older, I shall become an illegal alien in your country and have space cookies for breakfast every morning. :D

@real-cool-cat Don't forget the Space-cake, Holland really has all the ingredients you'll need to go on a trip without ever having to leave your house. Thank the gods I'm not him.

'@Tuveanthermark' If you knew psychedelics like I do, you'd say that "Thank every version of me inside my head that I'm a God". :D
crwydryny

@real-cool-cat ok you can have a cookie for the alienate pun.... but I'll have to I'll have to take half back for the spaced pun :P

'@crwydryny' Oh, please have the whole cookie. I like to think myself as a generous person, since I just drank and ate over 100€ worth of booze and food free of charge plus weed, just because I'm considered a nice guy by some people. And I like to keep my figure, so no more cookies. :D
Wuzzle2

That's exactly what an alien would say! KILL IT!
icelander98

dude a hayfork wouldn't be very effective against a saiyan.

@icelander98 He's a russian. he'll kill the fucker with his bare hands if he has to (and he'll probably succeed at that)
lbisno1

I don't know how much I'd trust a sign that said "don't be afraid, there's humans inside".

It is very likely that the average Soviet citizen would be surprised considering that the only people who would know of an active Soviet space mission were the cosmonauts, the launch crew, and a few politicos. And NASA who would detect the launch and track the spacecraft. The Soviet public would only find out about a mission once/if it was successful.

@Ugwump The soviets had published beforehand details of sputnik in the youth and amateur radio magazines with details on how to follow on the radio and track in the sky the "artificial moon".
BirgerJohansson

Another thing,; To avoid injury, the cosmonaut escaped with an ejecton seat before the capsule landed with a hard, heavy thud. American capsules made relativeloy soft landings in the sea.

@BirgerJohansson "Who needs to aim for the ocean? Just chuck 'em in Siberia, they'll be fine."
cohkka

@BirgerJohansson First cosmonauts used ejection seats, but it was found to be pointless and later ones did not. There is really little difference between landing on water and landing on ground in this regard. Water is very hard at those speeds the capsules landed.

@cohkka ... when you think about it, getting slammed free of a capsule by an ejection seat at 50g acceleration can't be any worse than hitting dirt, especially under parachute.

The Soyuz capsules are pretty neat in the fact that they really and truly don't CARE where they land; they're specced to be amphibious, and can survive water landings OR land, and they used to be equipped with survival gear, to include a combination shotgun/rifle/survival pistol, just in case you ended up stranded in the back country of siberia for a day or two (that... actually happened). Plus, they have a very short firing array of solid rocket boosters on the bottom wired to a radar proximity fuse that fire/detonate right before they land, to further dampen the blow. It's old soviet tech, so it's ugly and crude, but reliable as hell.
Add comment: Please Sign in or create an accout to comment.