A Zorba slowing down

Everybody wants to talk about Greece, but hold on to your butts people because Greece is just the start. We'll soon be going for another ride. Woooo? 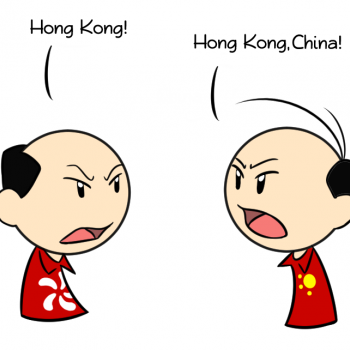 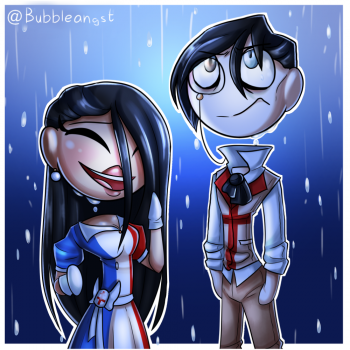 As someone who has lived in Greece for years, I am saddened by this inaccurate comic that propagates false impressions. Greeks know how to party, true, but the problem is not partying. The problem started with Europe giving money to corrupted politicians who did not use the money for hospitals and schools. Greeks always saved money in case they were sick ( to bribe a doctor, just to have a bed in a hospital), or to buy a house ( not with bank loans) to secure their kids. Taxing in Greece is the government taxing not on what you make, but what it thinks you should make, and it is perceived as a hand in your pocket, to finance swimming pools and private funds of who ever is in power. So to portray the Greeks as partying and taking money for that, when they work hard, without getting paid, without justice, left without support to governments who acted like medieval fjords, is kinda hitting a nerve with me. I wish you would research a tiny bit more before making political satire.

@Janedow Seems like you're new to SatW. The whole point of the comic is stereotypes and global perception. Neither of which are actual reality, which is the point. I don't view Brother or Sister America as representative of me, yet I can still laugh at them, even when they hit a nerve. Sometimes especially then. There's one strip about seatbelt and gun safety laws that is completely wrong because federal law doesn't apply and I could have gone off all over that one as you did here. Instead I shrugged and noted to myself that Brother America should have asked Sister America to hold his beer first. Because really, whatever he was doing probably would have involved alcohol if this was reality.

@Liv No, I am not new, and I am myself doing stand up comedy at times, so I know what satire and stereotype is. Stereotyping is about something cultural. This is a debate and an ongoing issue that has serious repercussions in how Greeks are perceived through Europe. Germans attack Greeks because " their taxes have gone up, because of them" and other stupid and tragic events.
Satire, when it can harm someone is not satire anymore.
If there was a drawing depicting all Muslims as terrorists or all Syrians as terrorists, , would you still think it is satire? SATW is a wonderful comic making fun of little unknown facts ( that is why there are so many explanations under every comic and it is not self explanatory). It is more educational than anything else and I always share the link with my students, as it is highly informative and fun. When it starts informing false things that can harm, like now, I object. Unless you are the creator, this message was not addressed to you, not meaning to be rude, and this is not a discussion I am interested in having with anyone else but the creator, In fact I am not interested at having a debate with anyone, this is my point of view, I expressed it. As far as I am concerned, I made my point.

@Janedow
If it helps, think of "Brother Greece" as an avatar for the Greek government, not the people. That seems to be true more often than not in these comics.
NightReader

@Janedow it's an entire nation represented by a cartoon on an Internet comic. we, the sensible ppl of the world, know it was caused by Many complex factors, and can't place much blame on the average Greek citizen. tho the corrupt Greek politicians are/were Greek.
Hinoron

America's financial strategy seems to be to borrow ludicrous amounts of money, but spend almost all of it building up a military force larger than the next 26 countries combined (25 of which are allied). In short, no one has a stick big enough to convince America to pay off his debts. Then repeat the same pattern year after year...

it seems to be that countries with a near positive debt to gdp ratio do well, so sweden debt is 7.5 billion and the gdp is 5.8 billion, that does not look good for socialist countries

@Irish Greece is 416 what in debt? Trillions? Billions? Quadrilions?

Given that their debt today is 375.74 billion U.S. dollars, I'm assuming Billions. More to the point the poster is making, that's more than 1.6 times their GDP, so they're in quite the debt crisis. USA has much more debt, but their GDP is about the same, so they're continuing to manage fairly well financially.

One last little bit of trivia: 8th January 1835 is the only day in history that the USA had no national debt.

Woot woot! All aboard the train Of debt! The passengers include-

I have no clever comments
sandemand

I love the cat.
FreakingLazerBeam

i'm holding on to my butt but nothing is happing
Polosha77

Fun Fact:
In Louisiana, we have a Greek Orthodox Church, as well as a Greek Festival celebrated near it every year. If you want, Greek people, you can come for it. It's on May 26th-May 28th this year. Just look around for Robert E Lee Blvd, it's somewhere in New Orleans (good luck navigating our confusing roads, I can't help you with that). You'll probably hear loud music and people when you're close.
Geldermalsen

What is up with the cat?
ScottishHetalianCat

And in the background China is glaring at America and whispering "I want my money Měiguó!"

@ScottishHetalianCat China is selling US treasuries pretty hard and has been since about 2015.

No, really, this is a good thing because it keeps interest rates from going negative.
Add comment: Please Sign in or create an accout to comment.