Don't let the sun catch ya

The facekini was invented as protection against the many jellyfish along the Chinese coast, but the women quickly learned that is was also excellent for not getting a tan. Light colored skin has traditionally been considered the prettiest in large parts of Asia, so the facekini was godsend for women who wanted to stay traditionally pretty while also enjoying trips to the beach.

Today facekinis are mostly used by the older generations. Younger Chinese people don't get the hoha about light skin. 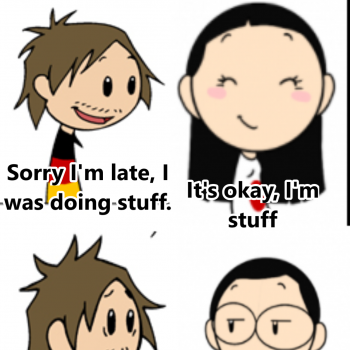 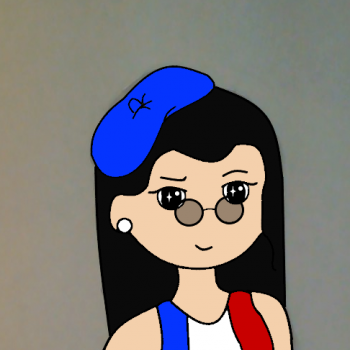 Sister China first time in the comic and we can't really see her face, lol
Kissamies

The fashionability of getting tanned vs staying pale is an interesting topic in the Western history as well. Back in the agrarian societies when most people worked outside, pale skin was the "expensive signal" for the ladies. Sort of "look at me! I'm so wealthy and high class that I can stay indoors all day." Industrial revolution made indoor jobs more common and slowly the tanned skin became the symbol of wealth. "Look at me! I can afford to travel south and lay on the beaches." I think in the most recent years with travel being more accessible to masses, it's starting to lose status, but it is still a symbol of an active, healthy lifestyle.

@Kissamies Tanning is also perhaps losing status because we've had the whole ozone layer thing for decades now, so the importance of megasunblock has been impressed on people. Between that and tanning beds == cancer, we've ended up with an unusually middle-of-the-road aesthetic. Too pasty and you're an underpaid office drone who never gets a break, but dark, dark, leathery is also out.

@PurpleLibraryGuy You'd have to be in a tanning bed for like 5 hours straight or use it every day to be worried about any kind of cancer. Just like you don't get alcohol poisoning from one beer.
Lord_Skata

@Kissamies The same can be said for being obese. Back in the olden days, being fat and pale was HAWT
Fant

That facekini was designed by Finland, right?

@Fant Finnish design is world-renowned, after all ;)
Swinnish

That must leave some weird kind of un-tanned pattern ?

@Saami I KNOW... I mean I've seen actual patterns like on faces. If the facekini DOES work then the people would look kind of like a panda.

I can see it now: Chinese women versus Mexican wrestlers... LEEEEEEET'S GET READY TO RRRRRRUUUUUUMMMBLE!
MarianneDos

Whoops. You don't understand at all...

The age spots really, really start showing if you go out in the sun. Instead of getting an all-over suntan, older Asian women get really blotchy looking. Therefore, it is the older women, most concerned about aging and the most immediately affected by a day in the sun, who use these things.
Zuperkrunch

why the bloody knives?

Well...as a Chinese girl, I'm often asked by non-Chinese about facekinis...I NEVER USE IT!!!!!I don't think pale or tanned can be a problem, both can be beautiful if I say, but of course that isn't the mainstream idea in China...
About pale skin: it's some traditional idea of beauty which has been thousands of years...more like kind of 'habit', don't ask me why

Taking (local/or so called white?)European as beauty is not earlier than 19th century I think, but that was about such as eyes and nose, not skin~
P.S. love the scaring patterns! want to see her face ;)
FrederickII

This seems a great business opportunity for Muslim Hijab to enter Chinese market.

@FrederickII Not really, no. For one, the hijab is just a head scarf that covers the hair, leaving the face open. The niqab, on the other hand, covers the face, leaving only the eyes visible. There's too much cultural baggage with the niqab, and is unlikely to be accepted by the majority of Chinese.
kamakrazee_warboy

@FrederickII Well China has quite a large group of Muslims like the Uyghurs and the Hui, so it would surprise me if no one over there had seen a Hijab yet.
Add comment: Please Sign in or create an accout to comment.