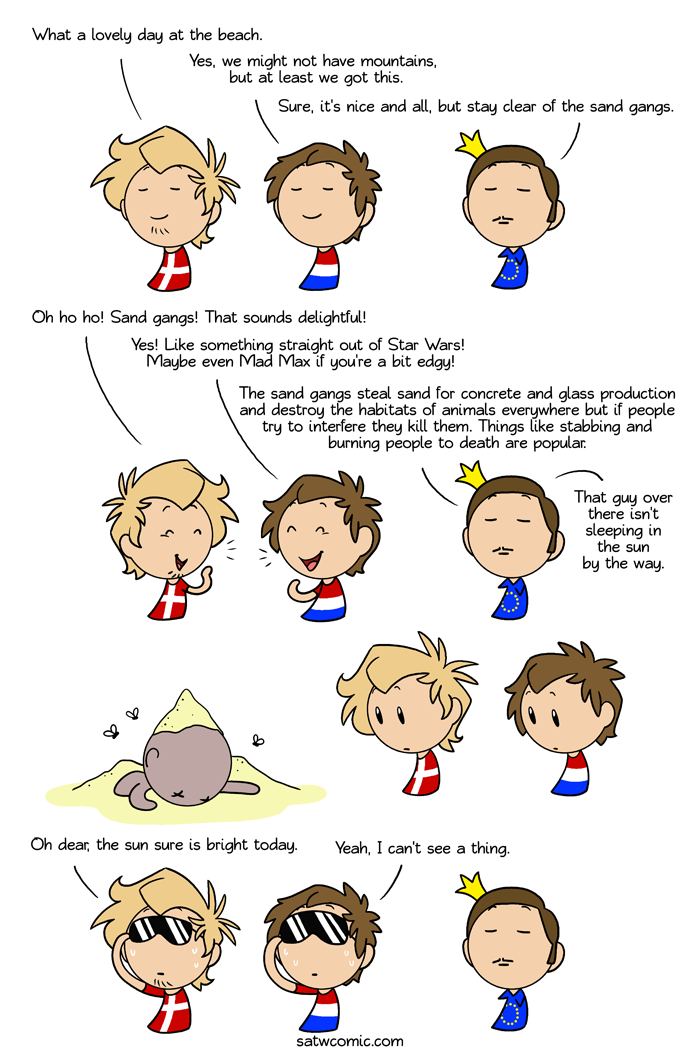 It's always fun to learn about new things to be afraid of. 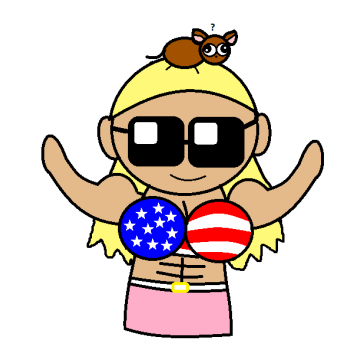 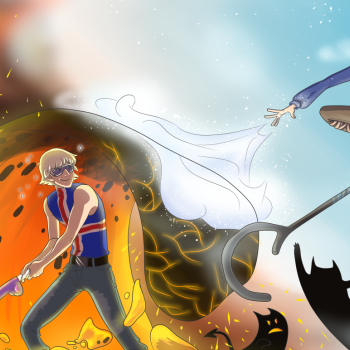 For those who are wondering what the hell this is about. Here are some information I gathered :
Apparently rural exodus has strongly intensified in the last few decades in most developing countries. And cities require a whole lot of sand to get constructed (the big player here is concrete which is mostly made of sand, but it's also used in glass and in a lot of other everyday products). This has led to a razzia on sand accross several countries. Legal authorities have been forced to take measures to preserve ecosystems from being destroyed by the sand business. Thus inflating sand prices even further and leading to black market and gangs taking over the supply of that now rare resource.

... my personnal thoughts on the subject :
This should really be a red flag concerning the current unsustainable rate our society is evolving : we've managed to turn sand (one of the most common resource on the planet) into something rare and valuable. We are currently riding a train without brakes going at more than 300 km/h and going straight into a giant wall of concrete (no pun intended).
... But economists are not afraid : their models all agree, business shall continue as usual...

PS : I copied pasted an answer I made on an other post, thinking maybe people would like to have a short summary to explain the situation.

@Isdaril What really gets me is there are cities built just for the sake of being built, and nobody lives in them! If there's *already* a shortage, then why the *hell* is THAT allowed!?

@Icalasari Hmmm, I'm not familiar with that... Are you talking about a specific event/city ?
The bottom line is we are currently building the equivalent of 8 New York a year, maybe there is some over-building, but I guess overall those cities are built because they need to be (people are leaving rural areas to go live in the city). I don't think that the problem is we're being wasteful (well it's certainly a problem, but it's not THE problem), I think it has more to do with :
1) Overpopulation
2) Living in enormous cities isn't sustainable in the long run. It only works because we have "unlimited energy" (through fossil fuels) right now.

@Isdaril China has a few cities like that. Seems to be partly speculative buyers making prices too high, and partly China making work for people. Trying to find a specific one to point to revealed that (if I understand right) apparently their government may have been embarrassed by this being noted internationally and is attempting to fix this though, which is good
tc49pz

Easy way to solve this: give all beachgoers guns. Guns solve EVERYTHING! EVERYTHING.

@tc49pz You're not going far enough. We need to give the BEACH ITSELF guns! Every beach needs a gun! Others can pry it from the beach's cold, dead sands.
Alsadius

If people need to steal a bulk material like sand, and it's a valuable enough commodity to justify killing over, something completely insane is happening. I can at least understand killing over diamonds or cocaine, but if sand can't be acquired legally, the laws are stupid and need to be changed.

@Alsadius It might sound weird but the world is running out of sand that is usable as building material or glass production. Not all sand created equal. That is why Saudi Arabia is importing sand from Australia.

And camels they import camels too.

@Lyesmith That's so interesting. My father was in Saudi Arabia. He told me about the sand there, that it was like no naturally occurring sand here. He said that there was a business for importing the sand there because it was so fine and soft. I suppose, though, sand used for building materials such as glass and concrete has a different ideal than sand used for luxury or entertainment purposes.
Kemm

@Alsadius Good sand for glassmaking and concrete production is difficult to come upon naturally and often costly to be refined from worse sand (it has to be mostly silica, but a lot of sand out there has iron, magnesium and things like that mixed in; concrete in particular allows for some impurities, mainly aluminium, but the amount of them cannot be over a certain treshhold).

As an aside, less violent (afaik) sand mafies have been operating from a long time for other motives, like selling sand to fill public beaches or for terrain modification. Not far from where I live, people had to fight (as in block roads and toppling trucks) those less vicious mafias that were stealing sand from rivers to fill beaches.

Anything that extracted without the proper licenses, security measures, fear of the law and enviromental care is relatively cheap and produces quantities large enough that can be sold for a nice profit, according to their standards, is liable to have these kind of things happen, like wireline copper stealers.

@Kemm Oh man! People who steal things from public (and sometimes private business) electrical components, like copper from wires, annoy me so much. The profit they obtain from the materials taken is way less than the cost it takes the government or business to fix it.

@Rosin Where I live in the Pacific Northwest of North America, there's a big military base that has a lot of forest on it. Some of it old-growth. Trees hundreds of years old. A few years ago (not sure how many) a couple of guys got caught going onto the base and cutting down some old-growth trees and selling them as firewood. This is insane. Quality old-growth lumber is gold these days, since there's very little of it left. Almost all of it is protected, and what can be logged sells for very high prices because its grain is very straight and has few knots.

But these guys were stealing it from the government (US Army base) and cutting it up to sell as firewood. It was estimated that the value of the trees they cut down was hundreds of thousands of dollars, and possibly over a million. And yet, these idiots only profited by $70,000-$90,000.

Luckily they were caught and convicted, but the stupidity of criminals sometimes is astounding.

In purely economic terms their only stupid in that they got caught. They don't count costs that they don't directly pay so to then it was ~$80k profit and the costs to the wider community doesn't register with them.

Unfortunately many people in the world today, many of whom don't consider themselves criminals or have broken no laws, think the same way.

@stevep59 I doubt these guys considered themselves criminals. They're the same kind of people who think federal regulations are designed specifically to stop them from making a living. They also tend to be the kind of guy who can't hold down a regular job because they're incompetent, lazy, corrupt, or all three. So they try to steal from the government because they feel entitled. It's a very Trumpian point of view.

Very likely, especially given it sounds like they were caught quite easily.

The point I was trying to make is that there are people who think the same way who make money, in some cases a lot of it, by the same mentality that if it costs someone else its free to me in areas that aren't strictly criminal. Trump is a classic example of this. No sense of a responsibility to a wider community or a realisation that they are part of such even if they don't want to be so that something that hurts it is likely to cost them eventually.

@Rosin Have you ever reflected on the fact that legal businesses do the same shit (not nearly in the same blatant way, but on more monstruous proportion) ? Factories don't pay for the waste or the carbon dioxyde they produce, nor do they care that they might be using rare resources...
Imho, the problem is not so much that some people don't abide by the law but more that money makes right however you make it. This is highlighted by the fact that the most prized indicator of a country's development is GDP. People should start wondering if wealth should really be measured only that way...
stevep59

Thanks for the link. Those details are horrendous and this is a problem I'd never even heard of or considered before today. You just think of sand as a common commodity but as others have said it requires the right kind of sand.
DuckTalesFan96

I don't like sand. It's coarse and rough and irritating and it gets everywhere.

@DuckTalesFan96 Not like here. Here everything is soft, and smooth
SchrodySweden

wow, gang violence is getting out of SAND these days

@SchrodySweden Yeah! I was SHORE this would happen one day, you know? ^-^

@SchrodySweden Mhm, I really FISHed this would happen one day :3

@SchrodySweden Yeah! I think it’s sad we ran out of space and have to end this pun chain with such a SHARK stop, though... BUOY was this fun!

Haha, surely this isn't re-

@Sisu
You try to stop anyone from making the money they need to feed their family, they will deal with you as if you were threatening their family directly.
syft3land

The Sand Gangs frighten easily, but they will be back, and in greater numbers...
minando