Poke Go where nobody has gone before

The amount of weird, ridiculous and scary things people have gotten themselves into while playing Pokemon Go is amazing.

And yet, the worst thing for America about being behind bars is that he can't play the game. 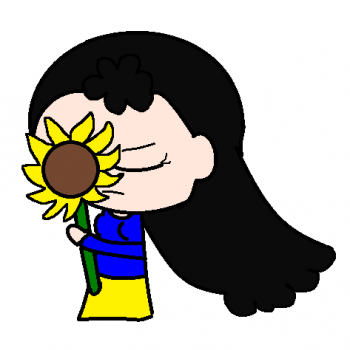 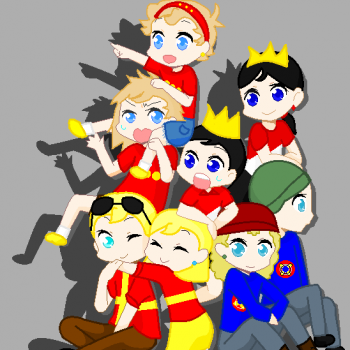 I had to add a scary smile to Japan... I HAD to! He was screaming for it! @ElBichoRaro that's actually impressive! i think he looks better with the smile on! how did you do it?!

@potatoe4life Thanks! I simply used PhotoShop. No secret there :3

This game trick you into working out. I won't fall for these tricks like the lesser minds and I will stay inside, consuming my weight in candy.

@NojitheMoji Actually, it's tricking you into going into businesses and places in order for them to sell stuff to you. I don't know why anybody is surprised that this is happening.
KofodDane

Am I the only one who thought that was England at first?

@KofodDane Nope. Trust me, many people thought that. But the real question is, why would we assume it was England when he is known for wearing a monocle and not glasses?

@NorthIreland I know, right?!
I thought it was kinda strange as well that he told America that he had made a new Pokémon game, I was like "England's made a Pokémon game? wtf?" xD
Then America said Japan, and I looked again, and then I noticed "Oh yeah, that guy has a red circle how did I not notice that?! XD"
Maybe it's coz he has the same haircut as England. And has a white shirt with a red thing on it. As for the glasses, well, maybe England had decided to try for a change(silly us:P). ^^
Leeannrez

@KofodDane I thought it was England too until I read it again.

@Leeannrez Oh great, I'm glad I'm not the only one!

Actually Pokémon Go is created by an US company, Niantic (a spin-off from Google). Nintendo has invested in Niantic, released their IP, and took part in the project.
domeoftheawkward

Japan in the last panel should be an avatar, that just looks plain scary and awesome

@domeoftheawkward
You're not wrong, but without the context from the strip, it would look like Japan is the one in prison.
Sirsir

Apparently someone found abandoned kittens. They went out to catch fake animals and came back with real ones xD

@Sirsir I hope those really were abandoned. There are lots of feral cats, and mama was probably out to get some prey. Those kittens were probably taken to the pound, where they'll most likely be killed.
oneeigthfennoswede

I honestly thought it was England in the first two panels.
Tay-Tech

Wonder what pokémon the prisons would have..
Guard: Let me inside isolation for a bit, there's a butterfree
longtail4711

The day after launch we were vacationing in Lake Tahoe, USA and I was watching people playing, blue jays, chipmunks, and bees in the flowers next to the lake...and everyone was walking around ignoring it because they were busy looking at their phones.

Then my husband caught a Poliwag on my head.
ConnecticutMan

Yeah, the United States has done some crazy stuff...

Someone in my hometown got stuck in a mud pit. And someone's been stabbed in the U.S. Over pokemon.


I swear, every time a human makes something cool, there's 10 million morons who end up doing stupid things with it.