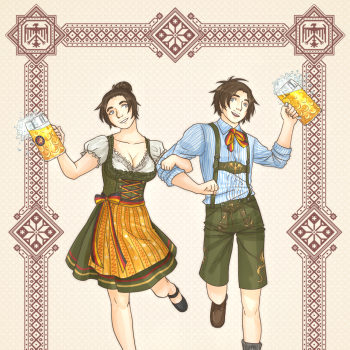 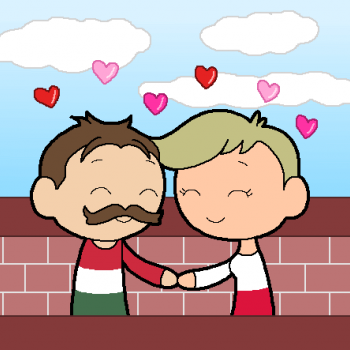 @Finn123 A true man first kills a bull with his bare hands, THEN tears a piece out of it to eat!
Fy satans äckel!
DarkMage7280

All things considered, I still find it easiest to use a knife and a fork.

@DarkMage7280
Whenever we make sushi at home( simple rolls with salmon,rice,seaweed and a bit of pickled ginger), we usually just pick up the pieces with our hands. Never really knew chopsticks were involved.

@chaosgirl13 I tried 'em once, and quietly, preserving what was left of my dignity, used a fork.

@DarkMage7280 You must be really good if you can eat that soft thing with a fork. It usually falls apart, that's why you're supposed to put it all in in one bite!

@Garlar Well... I am good.
Just not with chopsticks.
chaosgirl13

@DarkMage7280
I never even knew you were supposed to use utensils to eat sushi.
Definitely some variations that you may want to pass up on though depending on your tastes, like sakura niku ,which translates roughly as cherry blossom meat. It sounds pretty, but it's made of raw horse meat( which is rather lean, a cheaper,healthy alternative along with venison to beef,and isn't a bad thing itself, but may be a bit unnerving)

'@DarkMage7280' dunno, chopsticks were easy to figure out for me. It's like eating with two fingers, only longer. Still, they're stupid as far as eating utensils go.
Finn123

@Finn123 Europe is great, EU however is a superstate ruled by Merkel and top politicians in Brussels who are deliberately deconstructing the identities of each individual nation in Europe in order to fulfill the coudenhove-kalergi plan.

Yes, part of this is just conspiracy theories caused by paranoia, but the EU is still founded on the ideas of Richard Nikolaus von Coudenhove-Kalergi which is partly why people are hostile towards the EU. Any decent human being cares about their own kinsmen, their own land, their children and their children's future, and some of these things could be endangered if you partially loose power and influence over your own land.


In other words, the idea of a peaceful and unified Europe isn't bad as long as one nations politics doesn't forcefully change other European peoples way of life.

For example, Finland should get to decide who enters their (the Finnish people's) Finland, not Merkel.


EU would be a good thing, if the power was handled better and was better distributed.

@Scanian_dreng
I agree completely, and may I say it's nice to see... enlightened people on this site for once. Especially a Swede since you know how a lot of Swedes usually are, or what I know of at least.

I think EU would only be a good thing if it didn't hold power as an entity of its own and it was just about trade deals, but then again I don't think we need an EU for that anymore.
Sines

I've found that chopsticks are really good for eating lobster. The lobster meat from most places is fairly thin, and so you'd kind of have to mangle it a bit using a regular sized fork, and given that you generally dip it in butter, you can't use your hands. They usually give you these tiny forks, but when my girlfriend bought a lobster to cook at home, we had no such forks, but there were some chopsticks in the cabinet, and they did the job even better, I think.
squidpuffs

how is raw fish and rice SO DAM GOOD?!

@squidpuffs
Mostly because it's very fresh.

A great many creatures in this world eat other creatures to live, yet only humans cook their meat. From that alone, you should be able to conclude that uncooked meat isn't inherently bad or unsafe... if you ate it immediately after the death of the creature, but that doesn't often happen in modern civilizations. Fortunately, refrigeration allows us to transport fish considerable distances while keeping it quite fresh, otherwise, the only place you'd be able to get good (fresh) sushi would be in a costal town/city.
ProudHetalian29

Chopsticks are not as hard as they seem, it's only hard if you make it (I know, that sounds really cheesy).

@ProudHetalian29
I thought I was doing fine with chopsticks and then a friend told me I used them "like a farmer". I readjusted so I now hold them further away from the eating end. Some time later I was struggling with my gauge in knitting and discovered I'd done the same with knitting needles as chopsticks so I pretty much gave up on knitting. Ah well …
RaspK

Fun fact: not particularly weird for some cultures (especially the Eastern Mediterranean), because the concept of "finger food" is long established there.
FrankHarr

I say we go full barbarian and use a fork.

After we cook it a little. Look, it'll smell lovely after.
thesolarofborkasb

wow does anyone think king eupre is a jerk

@thesolarofborkasb why does everyone hate me

@thesolarofborkasb no one hates you! That's just silly! You've just joined, and maybe no one has replied because they've not thought of a constructive or supporting reply at the time.
Scanian_dreng

@thesolarofborkasb I don't hate you. Here, have a like :P
ImportViking

@thesolarofborkasb You post a statement and ask people to agree or not. Disagreeing with someone is something completely different than hating someone. Learn the difference. Don't be so over sensitive. No one hates you here, for what I know.