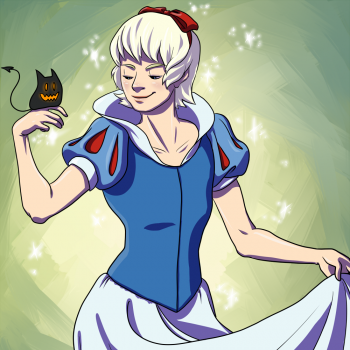 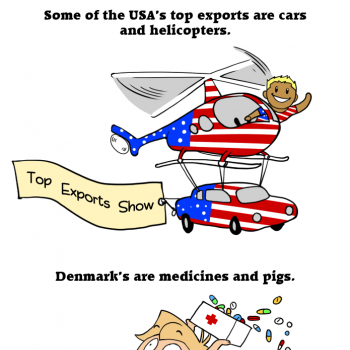 This from the country where prisoners decided to bake chocolate cake and watch TV when the guards forgot to lock them up.

@ModernWhoFan For the sake of god, what a horrible event.

But was it good at least ?
dialh

@ModernWhoFan Humon even has a comic about it!

I don't personally watch that much crime shows (actually I don't watch much TV in general), but over the years I've seen numerous random episodes because my old man watches crime shows quite a lot, so I may end up seeing them as well when visiting my parents. Still, I don't actually remember Swedish ones that well. It could be the Swedish culture and society is too close to ours, and thus I'm blind to the stereotypes.

It's quite funny how these shows in general go:

American: Endless amounts of technology to study crimes. A couple of episodes without gun action is the absolute maximum, although car chases can be used instead.
German: Everything goes by the textbook. Crimes are straight from the textbook descriptions and the police solves them following the exact standard procedures. Criminals behave as they should based on textbooks.
British: Remnants of the class society and the pubs. There's always at least one past lord and lady, older concervative officers and younger ones trying to stand between the old and the new. Guns... What's a gun? Oh, that old hunting shotgun.
Italian: Everything is solved by talking, shouting, and waving hands in the air. Preferably all three at the same time.

@Louhikaarme - HA! That sounds like Italy. Talking, shouting, waving hands in the air, while driving your car, and trying to talk on a phone at the same time. Kind of like having three arguments at the same time, and Loudly saying things to each one.

How can you tell when an Italian is unhappy? He's sitting quietly and not having an argument with somebody. :P

@KOakaKO I have a (Swedish) friend who started learning Italian because he had a Italian girlfriend at the time. He said whenever he spoke Italian on the phone he started flailing his arms about.
stevep59

There are elements of that in some modern based TV series in Britain and a hell of a lot more when older stories are shown, such as Agitha Christie and the like but there are a lot more new ones that tend to be a lot more gritty. I don't get to see too much new shows nowadays but some things such as Luther are pretty good. Also a lot of regional stuff, relating to assorted areas of the UK.

Mum watches a lot of US does and as you say most of the new stuff has a hell of a lot of technology, often to exclusion of anything else and the way high level officers end up winning gun battles using their handguns against multiple bad guys with automatic weapons. Almost like a Bond film! I think the best of the US series I see are the Law and Order type which actually looks into a lot of the legal activities and also some good character development.

How do you feel about Law & Order UK, which is just episodes from the US version remade with bobbies and wig-wearing m'luds?

@Dan
It was interesting and showed some of the cultural differences but they only seem to have made a couple of series of it. Quite like the Law & Order family as a whole although haven't seen the Los Angels one as mum doesn't like them and I spent most of my time with her now.

Steve
PS Having check Wiki in reply to the other question I realise now that the LA spin off only lasted 1 series!
Louhikaarme

@stevep59 Yeah, I was thinking of mentioning the court room types for the American crime shows, but it almost feels like it's a different category, and I guess it should be since it's so huge.

@Louhikaarme
Definitely. They made about 20 series of the basic one, the Special Victims ones is going strong and they now jave the LA ones, although I haven't seen that. The UK spin off seems to have been rather a dud, although looking at the Wiki entry that isn't listed as part of the franchise. I also see that the LA one only lasted one series and that the original was finished off as long ago as 2011! [Don't do cable/paid channels so often a significant delay before I see them].
TheDungen

@Louhikaarme The Swedish one focus on the main characters failing marriage, or perhaps his/her kids are doing drugs or something equally non relevant thing instead.
IcePhoenix

@Louhikaarme You're right with the german crime shows. That's why younger people are more and more bored by these and love to see a british or swedish show. The only problem is: The swedish crime shows are considered as to "violent" for the average german audition, why they only get broadcasted in the late evening. Which is very sad, because I love them.
LittleD

Its like teen boys talking about all the sex they are having. WE KNOW YOU DON"T HAVE THIS MUCH CRIME SWEDEN.

@LittleD Yes, we really do have this much crime

@LittleD why would people brag about having more crime?

@Scanian_dreng
The same reason kids talk about how many fights they have been in. Its a street cred thing. "Look at how tough we are."

@LittleD Wait I think I know.

Did I ask someone why someone would brag about having more crime?

@Scanian_dreng
Yup. Old comment. But I don't always get back to comments until after the fact.
slicergod

i wonder if it has something to do with those refugees flooding them and all the crimes they commit.

@slicergod To answer on crimerates in Sweden, those are statistically dropping, so no, more crimes aren't comitted just because of the larger amount of refugees.

@Shitzadorina It also matters how crimes are counted; basically statistics can make show what ever politicians wants.

'@Shitzadorina' so "dropping" means rising in your language.
aha.

@slicergod Same goes with Finland. Crime rates are still dropping, but we just get more news feed about them and the occasional bigger things when someone flips the hell out. Most of our biggest bodycounts are Finns against Finns, but then some refugee goes on a rampage and it's national news. It's mostly because these things are so few and far between in here, so people focus on the refugee status of the latest one.

'@Barracuda' except the refugees are being released without charges, repeat the offense then get released again...
i mean there are people who report them then feel bad that they are being deported after the refugee raped them.
Jurgenfergen

@slicergod Secretely, we're kinda psychotic. We got tired of people getting murdered in fantasy, so we switched to reality. The authenticity makes it even more artistic.
Ostrich

"Oh god, please stop Sweden! It's too much!!" sounds really wrong out of context
TuxedoCartman

"Well, it's all they know as a culture, what with ALLLLLLLL that crime they have there," I say, as an American, sarcastically.
Carewolf

Well, in Denmark we upped Sweden by moving the newest Danish crime show to the evening news.

@Carewolf that guy had a private submarine and was involved in building a suborbital rocket. It looks more like low-budget real-life adaptation of some James Bond novel.
Finn123

It is with Sweden as it is with Midsomer in England (inspector Barnaby); everyone is dead.

@QaRajhCreations Midsummer in Sweden; everyone is dead drunk.

cool, what crime show is the best one?

@Shannen Raid is the best but it's not Swedish.
https://www.youtube.com/watch?v=edEXpFT68jk

@sahkari10000 wouldn't it be sad and hilarious if that was officially the best crime show? It would be like a slap in the face for sweden to have all these crime shows and not have the best one

@Shannen Yes it would be and it would start a huge crime show industry in Finland.

@Shannen The Beck movies are probably one of the more well known, but it's not really as grimdark as some of the other stuff out there. I like them though as I grew up with them.
http://www.imdb.com/title/tt0907683/