In the north we like to be special with our alphabets.

But not too much like those Russians and Japanese and all that... 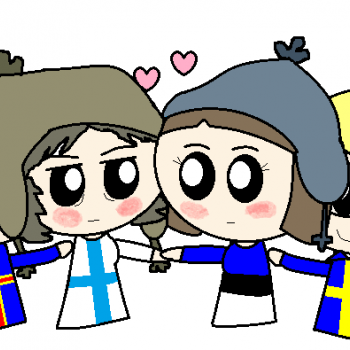 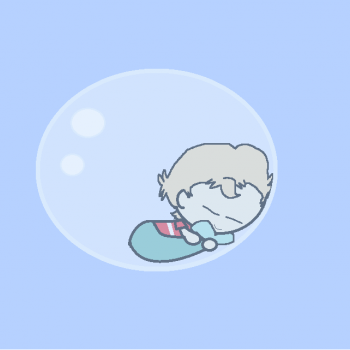 The Russian alphabet actually makes the most sense in my opinion. It's completely phonetic, so there's no arguing about whether to spell the sh sound as sh, s, sc, si, ti, ci, sci, ch, sch, ss, etc.
Polish, however, is absolutely insane. And don't even get me started on Lithuanian.

@Xordic I blame my college education for making it possible for me to read this. Been too long for me to try and write in it, though, so don't push ;)
KaninNeko

Actually, there ARE three letters missing: J, U and W

@KaninNeko J, U, and W were not in the original Roman alphabet. W (two Vs) was introduced in the Middle Ages, and during the Renaissance people decided to distinguish the letters I/J and U/V. (for example, "ivstice" as "justice")

@skx0221 thanks! I wondered it too but was too lazy to wikipedia it :p
PittinanChansri

From my point of view,the craziest way of using latin alphabet is the Vietnamese way.

So when did J, U, W come into the picture?

@poodle_doodle J and U arose because in classical Latin, I and V pulled double-duty. Depending on context, they could be pronounced like English 'ee' and 'oo' respectively, or like English 'y' and 'w' respectively - in other words, either as vowels or as consonants. This worked fine in Latin at the time because speakers knew from the context which pronunciation was correct, but eventually, and especially when the alphabet was adapted for other languages, people decided it would be useful to distinguish them, so they changed the letters a little to create new forms.

W is a funny one. It was brought in to represent the sound it continues to represent today in English (after some experimentation with other forms; try look up the letter wynn). Thing is, in classical Latin, that sound was already represented - as noted above, it was one of the sounds V could stand for. But by this time, most if not all of the Latinate languages in western Europe (French, Italian, Spanish etc.) had evolved to the point where they'd started pronouncing V as we do today in English, so most people had come to associate with that sound. So a new letter was needed, hence W. One interesting aside is that when people started writing Old Norse with the Latin alphabet, they actually used V the way classical Latin did. They had the English V sound too, but they could just use F for that, since just like Latin I and V, whether Old Norse F sounded like English F or V was obvious from context.
Leeannrez

Poor Italy is so tired of everybody changing his alphabet.

That's what they get for stealing an alphabet from the Greeks, the rightful owners who rightfully stole it from the Phonecians, the jerks who stole it from a few Egyptian scribbles.
Balistare

Cue Hungary coming with his 18 extra letters, and Italy having a heart attack.