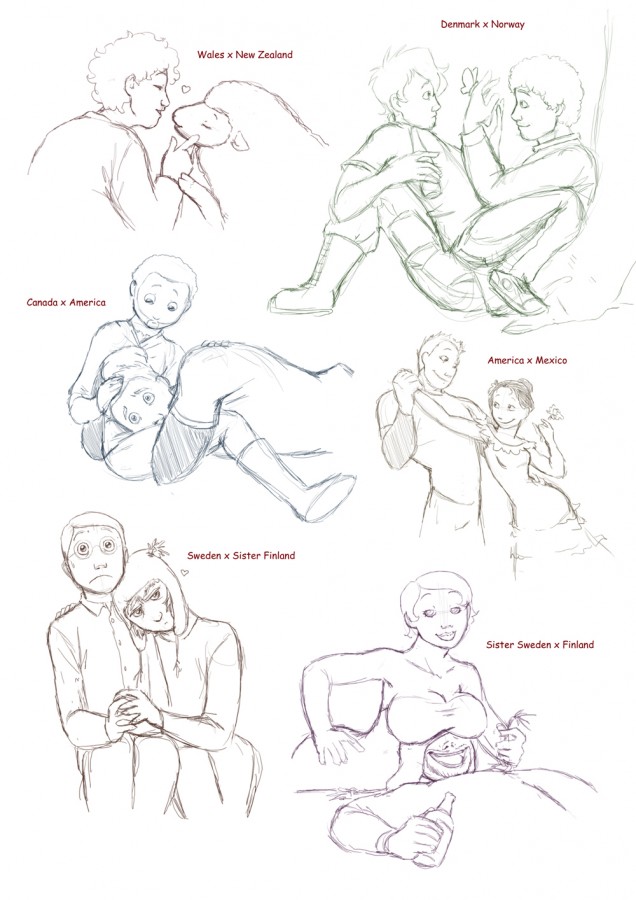 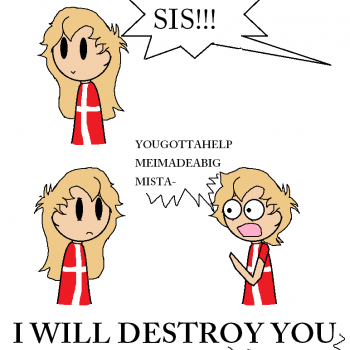 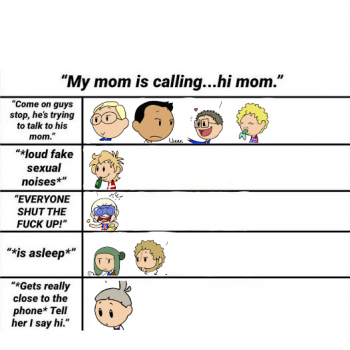 Another thing I made
832 Comments:

Not all Mexican families are bad, I promise

... I reaally love your comics and I know is for "stereotypes purposes" but I would really like to see one of your comics where Mexico is being nice and welcomed by other guys (Maybe actually one with brother México not being thaaat bad or maybe he was just misunderstood) :P ... Like that time I host a girl from germany for 6 months in my house because why not.. then about the third month we recieved one friend of her from denmark actually, and I took them to "Día de muertos" in Patzcuaro and Tzintzuntzan ... they told me it was one of the greatest experiences they ever have ... because it is so different from other traditions Halloween like... But well ... I know from other of your comics that we are rather unknown .... Great job you are doing here... hope to see a lot more.
RelidonKare

I really like sister Finland's design shes so cute!
Finn456

@Finn456
Sooo right where are they? I ship them so mucchhhh
kier

@Finn456 they werent out yet XD
AustralianWaters

For some reason, I like the idea of Australia x Canada
MikoMae

Finland rn: what a nice day to be blind

I wish US/Mexican relations were as sweet as that... :/

@Peachy00Keen They appear to be getting better, now that America has El Salvador, Guatemala, and Honduras to complain about instead...

USA: "OMG! All those countries where my people resold easily-bought guns to their gangs for a profit, turning formally nice neighborhoods into warzones with stray bullets flying through livingrooms and kitchens! For some reason people are running from those places and trying to come north to MY place! MUST KEEP OUT THE PEOPLE FLEEING THE PROBLEM I CAUSED! WHAT IF THAT FAMILY OF FIVE WITH THE SMALL CHILDREN ARE TERRORISTS! THAT INFANT COULD BE HIDING A DIAPER FULL OF C4!!!"
Mexico: "Dude... I'm pretty sure YOU'RE the terrorist."
Violetsarenotblue

@Nyan they werent out yet when this strip was made, and besides, sweden and sister finland DO have a micronation together hahaha

@kier There's even a comic on that. Sweden was drunk and was trying to convince Denmark and Norway that he wasn't gay. He ended up having a child with Sister Finland.
Canadian-Girl

Why isn't CanadaxSister Netherlands in here?

@Canadian-Girl Yeah, they're my OTP for Satw!

@Canadian-Girl Sister Netherlands didn't exist yet when this comic was made.
ProudToBeDanish