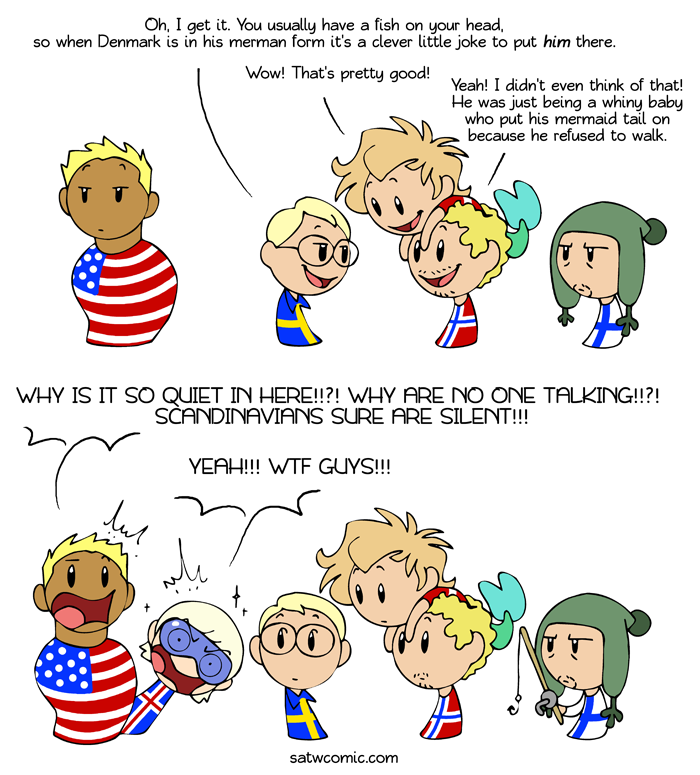 There's this "loud obnoxious American tourist" stereotype. Obnoxious? Rarely. Loud? Yes, every time. A lot of Americans who come to Scandinavia comment on how silent it is, while the Scandinavians around them are thinking "It's not silent. You're just talking so loudly you can't hear the crowd around you" 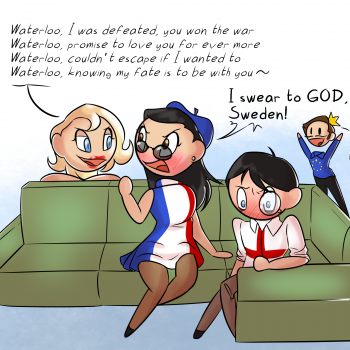 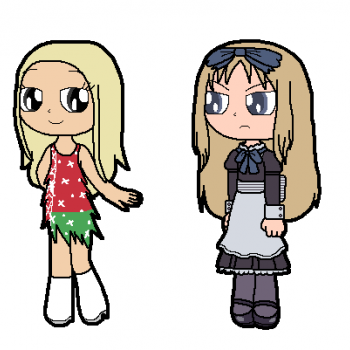 We Americans believe that anyone can understand English if it is spoken loud enough.

@nully just like democracy is understood when introduced with enough gunpower?

Are you familiar with the "Vote or Die" campaign?

It was the most American thing ever.

@Sines I just looked it up and had a good laugh, despite wanting to cry a bit too. Thanks for sharing!

@nully Must be from all the German immigrants you had. Germans believe the same about German spoken loudly.
cutiepyro

I can speak from experience, America is a very extroverted country so when you’re an introverted American you tend to question your sanity

@Noah0x81
When someone tells me that I'm loud, I just tell them that I'm gifted spokesman (or whatever you call the person that has to speak publicly) or that I ate megaphone.

We have to talk loud to drown out the demons and volcanoes.

As one who has traveled to Europe, half the time I want to deny my origins when I see others from my country. I saw 3 college dudes in a Barcelona airport who made me want to quarantine the US for the sake of the rest of the world.
Branovices

It's not that we Americans are needlessly loud, we're just used to talking to eachother while separated by a personal space radius of 12 feet or so.

You people in your tiny countries all crowd around each other, practically talking into one another's mouths in comparison.

@Branovices Even today, it's considered normal (if a bit outdated) to comment 'no homo' as soon as two men get within 6 feet of each other.
minando

@Branovices Ah yes, old times...today, everyone seems to be yelling at little plastic cubes inches from their mouth.
EirikTrollet

@Branovices Nordics crowding around each other? maybe when we're drunk but we keep atleast 5 kilometers away from eachother otherwise. like any good neighbour

@Branovices If you would care to take a look at population density around the world, you would realize that America is more crowded compared to the Nordic countries.
So, your theory is hilarious how American it happens to be... meaning it includes little knowledge of other, smaller countries.
https://en.wikipedia.org/wiki/Population_density
ImportViking

'@Branovices'
I think you're confused bud. The personal space thing we have we inherited from Northern Europe, it's those Romance speakers who get all up peoples faces and kiss to say hello.
filkerdave

Basic tip for any tourist to Scandinavia or northern Europe in general (I believe?) - be conscious of your surroundings.

If people give you a disapproving look when you speak (and it's not because you're saying something obviously offensive) - you're being too loud and they're disapproving.

Often people won't say anything though - but they will give you that disapproving look as a social cue that you're out of line.

And that goes for other social transgressions as well, so be aware of peoples reactions around you and moderate your behavior accordingly.

If you sense people disapproving but don't understand why - ask them in a friendly way if you're acting improperly in some way.

We're not big on telling others how they should react, because we're taught from childhood to show consideration to the people around us and be responsible for our own behavior.
Which also means that we'll often just write of people acting rudely or inconsiderately as disrespectful jerks not worth wasting one's time on as they should know better then to act that way and when they still do it's a sign they simply don't care.

Which, in turn, I suspect is the reason for at least some cases of foreigners believing us to be unfriendly.

It might well be that the persons believing this have broken social norms and have thus put people off without ever understanding it themselves.

I guess this observation can be true for many cultures, but at least in Sweden most people will never tell you openly if you've behaved badly, so it's up to you to be observant enough on the non-verbal social cues they give you.

@Nisse_Hult
For very general things like speaking volume, you could make that argument, but for the more subtle, context-dependant social rules, if you're not willing or able to explain what I'm doing wrong (and the why; understanding the reasons behind a rule helps people remember better) then I'm just going to make the same social error over and over again.

There is such a thing as being too polite to be at all helpful.

I'm not making an argument - I'm just letting foreigners know how Swedish culture works.
I know the logic behind this social rule breaks down when people haven't actually grown up here, and haven't had the chance to learn our norms - but I'm still only explaining how it actually works.
I do think most Swedes try to extend more understanding to people they understand are foreigners as they understand they don't know all the rules - but it doesn't completely stop your natural impulse to be annoyed by people breaking social norms.
And sometimes of course, you might not immediately understand that a person is a foreigner.

So this is a thing I simply would advice foreigners to think about if they visit Sweden at least - and I think the same can be said for the rest of Scandinavia and probably most of northern Europe as well.
It's just a bit of helpful advice - that's all. :-)

Also, I just have to point out the irony of a Canadian saying that there's such a thing as being "too polite".
Don't you have to resign your Canadian citizenship now or at least go on an apologize tour throughout the country? ;-)

@Nisse_Hult
I don't mean an "argument" as in a fight; in this context, it's more a "position" or "premise". I don't consider us to be fighting. ;)

"Counter-productively polite?" "Considerate in an unhelpful way?" Can that be a thing?

If it is, we've probably done it at some point.

I can just see that tour now: "...And I'm sorry for excessive apologizing!"
Icalasari

Yes well it might not be a complete coincident that the first (and by many still viewed as the definitive) diagnostic criteria for Asperger syndrome was published by Swedish professor of child and adolescent psychiatry Christopher Gillberg:

EDIT: This site for some reason doesn't support links containing certain characters, but if you copy-paste the entire text of the link into a new window it'll work.
Drachenfrau

I missed the fishing pole first time. But I tend to talk too loudly without a current excuse myself at times: too many years as teacher="classroom voice" 8-)

So, THIS is what you meant as far as things that would sound bad if Trump America said it.
Add comment: Please Sign in or create an accout to comment.