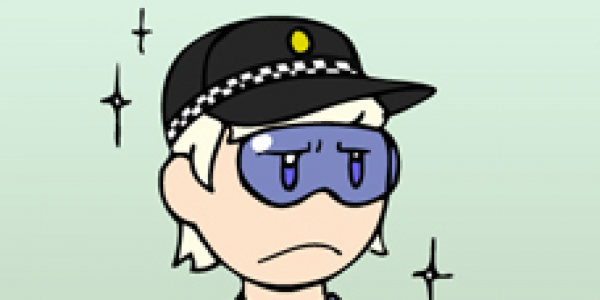 Only one person has been killed by the police in Iceland ever since it became a republic in 1944.
made by ThugsForLife

You also have to consider the demographics of Iceland, there isn't a lot of population with criminal tendencies there at all, and even the native population is small. So there's simply no need for cops to kill people there, aside from that one time. This is very different in the United States of America, and even in most European countries.

@Finn123 Yes. It's almost like the system in Iceland works better than the one in America, imagine that

@ZanarNaryon
It's less because of the system, Iceland just has better people regardless of the system. If you change the demographics similar to that of Detroit you'll also get the problems of Detroit.

@Finn123 Bit philosophical here, but humans aren't really good or evil, are they? They're a product of the environment, so one could say that Iceland establishes a better environment than the US

@ZanarNaryon
Like with most things about humans, it's partly genetic and partly environmental.
EndgameOnyx

@Finn123 That said... in America we do have a obsession with violence. We'd be a modern-day Sparta, if our domestic lives weren't dedicated to wealth and luxury.
silverbackgorilla7

@silverbackgorilla7 Because there are a LOT of violent criminals here.

@TheChief And a lot of fucked up cops

@TheChief oh yeah sorry. the nurse totally had it coming. also nobody ever planted evidence or wrongfully detained any one. my bad

@InDeathWeReturn You said "a lot of fucked up cops". Neither of those examples provide evidence that would indict "a lot" of the seven-hundred and sixty-five thousand members of American law enforcement agencies.

@TheChief yeah because the definition of a lot is open for interpretation. a lot of bad cops is not the same as a lot of money. 1 is 1 too many. but a lot of bad cops, in my opinion, is anything over 5. but even that is WAY to many

@InDeathWeReturn Any is too many, but that has no bearing on the facts as they are:
1) You'll never eliminated police brutality or corruption anymore than you'll eliminate it in any other arena.
2) There are hundreds of thousands of police officers in the United States. Saying five bad cops is a lot is stupid.
3) Most of the sensationalized instances over the past few years of alleged police brutality have quite simply not been the officer in question's fault.

@TheChief
1) Iceland seems to have. Learn from other countries.
2) No it is not. Remember that a lot of a bad thing isn't that high. A lot of a good thing can be.
3) Yeah that is pure bull. What has happened is that they SAY it isn't the officers fault even though a lot of the times the rest of the world disagree.

@InDeathWeReturn
1)a You can never eliminate violence or corruption. The fact they're not obviously apparent doesn't mean they don't exist.
1)b There is no potential comparison between the society, culture, issues and scale which America and Iceland have to deal with.

2)a That's stupid.
2)b That's irrelevant because is it based on so many unsupported and unsupportable presuppositions that it can't be argued.

3)a I don't give half a damn what the "world" thinks and neither should you.
3)b Every reliable reports of the events I'm talking about supports the narrative of the police acting within reasonable behaviors.
Scanian_dreng

@InDeathWeReturn Sorry for responding to an old comment but eh.. Five in seven-hundred-and sixty-five-thousand is a lot? Let's see

0,0000065% is a lot, really? I'd say 5% is a lot.
Five would be a lot if there were only a hundred cops in the country. There are without a doubt more corrupt cops in America than five, but there's way more criminals than evil police officers.

And the thugs should know by now that if they don't like being chased down and beaten up by police, then they shouldn't commit crime. Not committing crime decreases the risk of being apprehended, I admit that I don't know how much the decrease is but I'm pretty sure it's safe to say that abstaining thyself from criminal activity lessens the probability of getting beaten up by other criminals and cops, quite a lot. And if they do commit crimes, then don't resist arrest and you'll avoid getting into more trouble.

And the police apologized for having to do it.

@Karen And if I remember right, the guy was a norwegian.
So you even have to import criminals, because you don't have enough of them.
IcelandicComiclover

This is not really relevant for your conversation, but I'm just so darn happy that I understand what you guys are writing

The main reason to fight the police is a belief that you might escape. On an island of 350,000 people, where are you going to go?

And it happened at the other end of the goddamn street I live in!

Wow that is way less than America. ( My home country)
Mixu

That makes you think... Maybe in alternative universe... This did not happen... Iceland would have no Police casualties ever. Would be great.
Steeeve

Good to know that a small island can keep their crazy criminal levels low. However, it doesn't mean the police are any better at not killing people. It just means there are less people who get themselves in situations where police will need to kill them.

Did the president put the police in jail? I mean, it was the first time the country saw that happen.

@nemoleeexe Because as we all know, when a criminal gets shot, it means the cop did something wrong.
Packless1

there are rumors, that the only prison in Island has only 1 cell, and it's empty most of the time...?
(if so: happy country

@Packless1
According to Wikipædia, there are 5 prisons with a total capacity of 105. Half of them are open prisons, and the remaining prisons are either of low medium or high security with an equal split.
Swedishchinese363

Why was the person killed by the police?

@Swedishchinese363 he was shooting. i think, i cant remember.

@Swedishchinese363
The man had a gun was shooting. Had barricaded himself in his room and was just shooting.
ChineseNz2003

you barely see cops in New Zealand with guns

@ChineseNz2003 same here unless you live in a large city
ThatKawaiiKiwi_