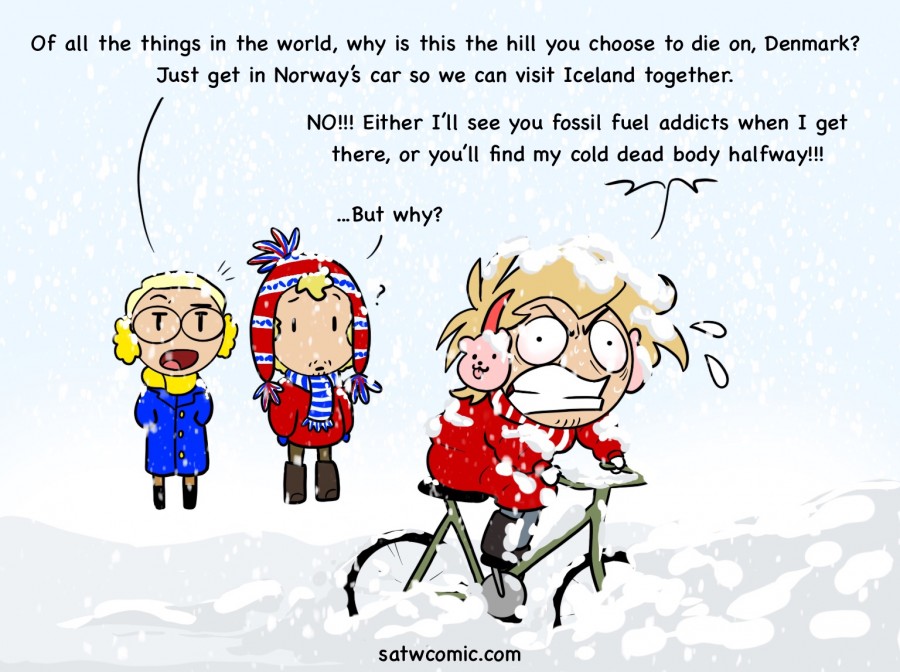 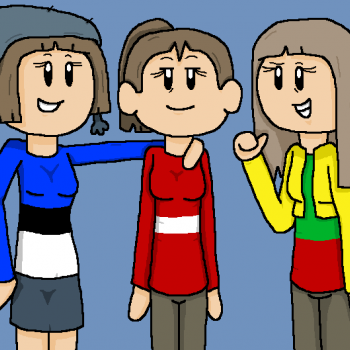 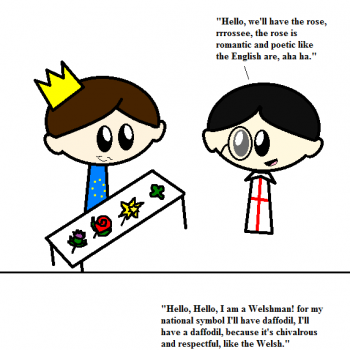 "We didn't winterize any of our power plants, all of them including the gas, coal and nuclear plants failed, so it must be the fault of the wind turbines in spite of them making up only 1/4 of the electricity in the state! Also, we refuse to be connected with the rest of the country's power grid, because that'd mean we'd have to *gasp* follow a few rules! More importantly, being connected means being able to buy electricity as well as sell it; we are Texas dangnabbit and we won't ever let anyone sell us energy!"

It was. Then they built more...
Luneward

@Sigart Well, that was sort of the entire point. Renewables give such a small part of the Texas energy grid, but the right wing spin machine has successfully manage to control the narrative about renewables and the Green New Deal. It's an obvious lie, but for those that have bought in to the narrative, it's an easy scape goat to make.
Rrhain

@CorruptUser And you're forgetting that there are 10K wind turbines in Texas and only about 300 of them failed. So if the entire electrical grid is dependent upon 300 turbines, my god those must be the most efficient turbines ever and we should build more of them and put in the work of maintaining them. Those same turbines are used in Greenland and Sweden and Norway and Germany and they don't seem to have so much trouble with cold temperatures.

This isn't the first time the electrical grid of Texas failed. Same thing happened in 2011: The moisture in the NG pipes froze, meaning the NG-powered electrical plants couldn't generate electricity. Same thing happened in 1989. But somehow, the Green New Deal, which doesn't even exist, is so powerful that it can warp time and space and cause blackouts decades in the past.

The ones in Texas were not winterized, whereas the ones elsewhere are. It was a cost-saving measure that made sense at the time, because what are the chances Texas get snowed over like this? Pretty good, apparently. 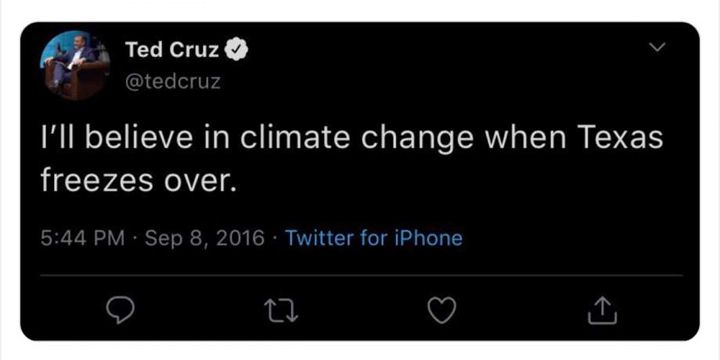 This one is too good to be true, and indeed it is a phony post. Still funny, though.
LuxVertas

@CorruptUser Can we give the US a collective bitch slap?

@LuxVertas The whole country isn't this stupid, in fact large parts of the country deal with winter snow, ice and low temperatures like Texas is experiencing every winter and don't lose power or water. So save the bitch slap for Texas, especially since their state politicians are lying to try to shift blame from themselves.
Luneward

@LuxVertas I'd rather prefer it have wide spread deprogramming. Spin and narratives are so deeply planted in narratives, it is very similar to cult brainwashing. There's such a refusal to look at anything resembling actual reality or facts that I'm pretty sure the bitch slap would only just feed more alleged justifications for persecution complexes.
ApologeticApologist

@LuxVertas If you are asking if it is within your power, that's gonna depend a lot on how invested y'all are in acting as one united voice.

On the other hand, if you are asking for our permission... I'm pretty sure if it's consensual, that makes it more of a kink than a bitchslap, at which point, I think you might be a month or so too late for that.
ApologeticApologist

@CorruptUser
I think my favorite part is how basically the entire State of Texas is just officially, openly admitting that they're not even close to being as tough as the State of Iowa. I mean, just looking at the factual comparison:

1.) 42% of our power up here already comes from wind (plus 2% other renewables);
2.) On temps, we get every single year what Texas got this past week, and we never have any problems;
3.) Even looking at just this past cold snap, what were we getting? We were getting -30 temps with -40 wind chills (-35 and -40 for you C-users out there), and yet, the only ones of us who lost any power were a few voluntary rolling blackouts in the western part of the state, for customers who literally *opted in* for that;
4.) Our highest-profile senator is literally 87 years old (and was also a major part of why Iowa even has windpower), yet he didn't feel the need to take a trip to Cancun just because the weather got cold.

And that's before we even really dig into the *rich* irony where the same guy who thinks an insurrection at the Capitol, fomented by lies about the election, is too political to hold anyone accountable for... that same guy now wants to use the weather as an excuse to push his own political agenda, consisting of lies about a technology that his own northern Republican neighbors are currently experiencing zero problems with.

Turns out, the problem with electing people who don't believe in having a functioning government, is that as soon as they get in office, they suddenly have the power to turn their beliefs into the reality.
BGMan

@CorruptUser Yeah, Texas and Denmark are sort of weird mirror opposites in this regard. Either way, they can't handle a winter storm and are looking ridiculous.
Nisse_Hult

Which is why you always should vote in every election and never ever vote for a right-wing politician or party (unless you're a billionaire and don't give a shit about your country or anyone else besides yourself).

It doesn't matter which party, but when you get people who are all but guaranteed to be re-elected without a fight, that's when they turn to absolute crap.
ShoggothOnTheRoof

Meanwhile, America is freezing his Texas off.

Denmark is the one acting like an addict.
echoman

Ugh, I hate upright bicycles. The only thing I can ride without pain is a recumbent the upright seating. Problem is those are $3000 bicycles and there's no way in hell I would ever leave it where it is subject to theft or vandalism.

I think bicycle theft belongs in the category of "this is why we can't have nice things".
txag70

Uh... yeah... I'd like potable water please....It's been a week... boiling snow on a woodburning stove sucks...
uktana

When I was a teenager, I was something of a bicycling nut, and I had a good lightweight bike for fun, and a heavier bike with fenders and thicker tires to commute to work in bad weather. And yeah, I'd be doing this all winter (in southern New England), much to the amusement of my co-workers. If the roads were clear enough for cars, they were clear enough for me!

All this changed when I got my own apartment. Now I was living ten miles from work instead of three; I had no place in the building to conveniently store a bike, and nowhere to set up a bike rack for doing maintenance; and last but not least, I bought a car, and subsequently did a lot less bicycling. Although I have to say, my first car, a Ford Escort, was not all that much better in the snow than my bicycle was.

And that's also the face I made driving my Ford Escort in the snow, determined to get to work. 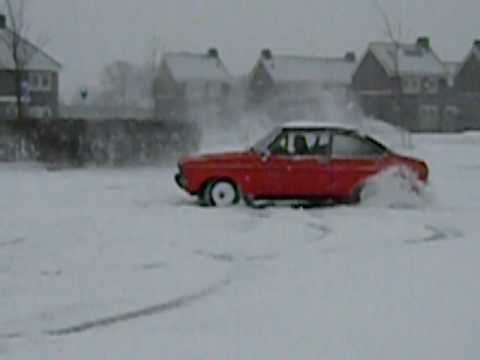 Well, in Northern Norway, many of us (me included) still take the bike in snowstorm

I have to confess I usually hate myself everytime I do it... ^^"

I'm from southern Sweden where it's sort of acceptable to take the bike during winter. But I was shocked to find out that some people do that in Kiruna too... awfully admirable tho!
Wickedragon

@DJon51 I live in Tromsø and i love biking in the snow ... when it is done by others and I'm sitting in my warm cozy car. I mean, it doesn't look even remotely safe - why would you do it?
ScissorLuv12

I'm not a fan of driving myself but in America it's almost mandatory to own one since there are moments where it takes 3 hours or more just to get to your job, honestly I wish I could have the luxury of things being close enough to ride a bike or walk and no car needed.

@ScissorLuv12 Pretty much all my doctors are an hour away by car, and most of that is a stretch of interstate allowing high speeds. Biking to and from them would be damn near impossible, and take up most of the day.
Opuspace

@Opuspace Oh yeah, him. And now he isn't mayor anymore. Funny how that works.

@AnaKaye Only because he saw the writing on the wall and resigned. I'm honestly surprised he didn't refuse to resign and force the city to vote him out of office.
ShoggothOnTheRoof

@Opuspace Texas is doing an excellent job of showing the world why having a government made up of people who hate the government is a really bad idea.

Well, for those people who didn't get the message after four years of Trump.
CarlSailor

As an American who walks two miles (3.3km) to work each day in rain or snow, I find this comic confusing. Is this not standard practice?

@CarlSailor I've walked 5-6 miles to work (each way), but I drew the line at moisture falling out of the sky.

I had to stop because I was running into more and more unbalanced people along my walk...and the only way to work on foot was a very lonely, vulnerable route that wasn't conducive to foot traffic. Just wasn't safe.
onp01nt22

@CarlSailor From someone who has a 30 mile (one-way) commute, no it very much is not.
Add comment: Please Sign in or create an accout to comment.