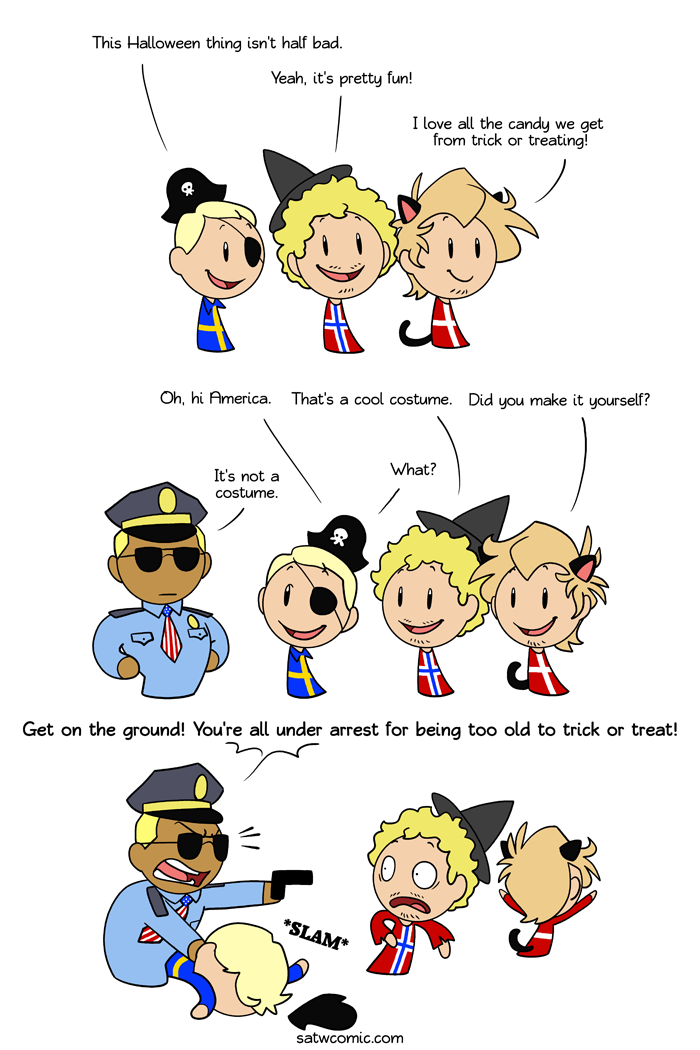 In several states in the U.S. you can get a fine for trick or treating if you're over the age of 14.

The Boogeyman Comes at Night

I rather like the idea of Russia going around to the countries that used to be part of him and try to convince them to come back when he’s drunk, scaring the shit out of them.

This is dedicated to Provass http://provass.deviantart.com/ who draws so many weird and wonderful pictures of my characters.

Dracula. The vampire comes from Transylvania in Romania, Van Helsing comes from the Netherlands, and the story takes place in England.

They’re quoting the movie from 1992

The Scariest Ghost Ever

Greenland showing off his ghost-taming skillz.

The belief in spirits is very much alive in Greenland. If people move into a new house or an office, it’s not unusual to have a shaman come and chase old ghosts and what not out.

It’s a rather sad stereotype in Denmark that Greenlanders are alcoholics, mainly because we usually choose to ignore that the alcohol problem was our fault. We introduced it into a culture that had never had it before and then just let it run wild.

Yes, I’m throwing these comics after you now because I have 10 of them just lying around waiting to get posted. 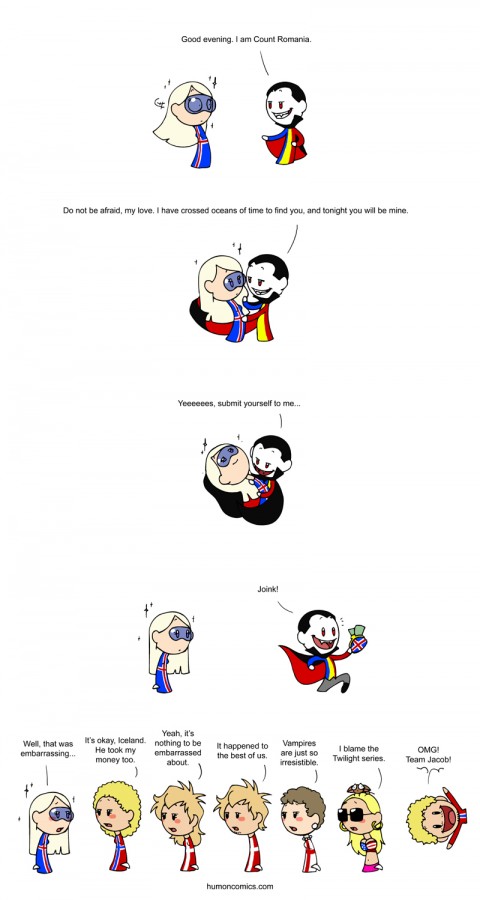 Child of the Night

Throughout the world Romania have two stereotypes: Vampires and thieving gipsies.

So of course Romania is a vampire who would rather steal your purse than drink your blood. Yes, I know that makes me a horrible person.

And yes, that is Sister England. Yes, I know you English people envisioned her differently, but this is the kind of women we see in your TV series and movies, so this is what she looks like.