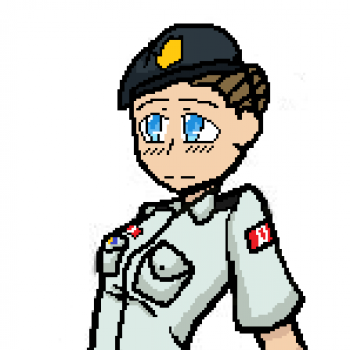 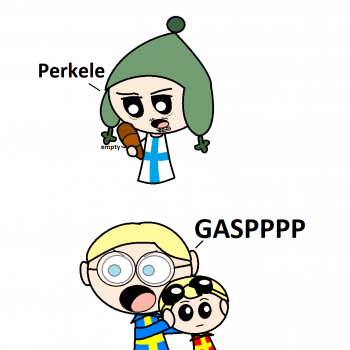 Racism is not good but if foreign people start commetting crimes against the country that is giving them a home, is normal that we don't want them here anymore. That's happenning in Norway and in the whole Europe. We can let inmigrants in our country but they have to show some respect for it and for its people. Just that.

'@AngryMetalhead'
Does Norway not have law and order? If a person commits a crime, regardless of who they are, you prosecute and sentence them for it. I'm not really sure how it matters if the person doing a crime has been living in Norway all their life or moved there last week.

@sagas Yeah but the thing here is that the crime levels have increased a lot since the huge wave of inmigrants came. And statistics say that majority of the crimes are commited by inmigrants. At least in Norway. And also Swedem now has a big problem with rapings. And guess what! Inmigrants are the ones that commit this kind of things the most. I'm not racist or xenophobyc, or saying that ALL of them are criminals but sadly this is what's happening nowadays and it just can't be ignored.
*sorry for bad english, too*

@AngryMetalhead Well I wouldn't exactly blame the Japanese. After all, Westernization can be both a good thing and a bad thing. The good thing is that cultural exchanges happen and good influences and inspirations enters the country. The bad thing is, they can also give way for bad influences and the original culture lost it's meaning and the younger generation abandoned their heritage and the culture becomes extinct. After all, the Japanese were isolated for quite a long time, so they've always been doing things in their own different way.

@sagas I'm so sorry for Angry MetalHead's acting. We have a couple idiots over here as well.
I get personally ashamed when people act like that, and we treat immigrants poorly. We do have a good system for law and order, but recently the primary norwegian right wing party, Høyre (Right) got elected into parliament, and with them FRP (fremskrittspartiet, meaning the forward step party), which is pretty much norwegian trump. They've been going around fucking everything up
PaxRomana

@AngryMetalhead I am sick of this "groups I don't like are hive-minds" mentality.

SOME immigrants are criminals and bad eggs, but OTHER immigrants are industrious and law-abiding. It is primitive thinking to act like an entire group should be punished -or even held responsible- for the actions of a few individuals within that group.

@PaxRomana And what's your possible solution for all the problems inmigrants are causing here in Europe?

@AngryMetalhead Same solution for when native-born people cause problems; Police Officers to put those who put misbehaving individuals behind bars until they learn to shape up.
VanessaLeskinen

the robot reminds me of baymax from big hero 6
Zuperkrunch

When I was in Japan I think Japanese workers looks like robots.. They're ☺ all the time.. Not human smile.. Work hard.. But I love how they're always helping tourists even they can't speak English and I can't understand Japanese... The foods really yummy too.. And My fav.japanese robot is doraemon, the robot cat who afraid with mouse..

racism in small doses is FINE...

@epic-pineapple-power small doses meaning that you don't have to place other people above your own. which is what a lot of european countries have done and which has had very negative consequences.

@LietuvaiteMetaliste i'm still not sure if you're serious. racism in any dose isn't good for society. there is no good in discriminating against other people because of the color of their skin or the country of their origin.

@epic-pineapple-power did you even read what I just wrote..? also, you're clearly from the US. here in Europe things are different... our cultures are in a constant danger of being trampled and destroyed. it's easy for americans, with no culture of their own, to be "accepting" to every person ever. but here things aren't quite like that. we need to establish ourselves in society, and not place any other culture or race above our own. no discrimination is involved, only the holding of our own position where we are... that sort of thing.

@LietuvaiteMetaliste ya really didn't write that much, to my defense.

i'm from a very conservative part of the us, where everyone with a darker skin tone is discriminated against because they're "ruining our culture." there was a kid beat up once at my school because of his race. that is an awful thing for society.
trust me, we have a very rigid culture*, at least from the part of the us i'm from.
*which is to say, hick. very hick

culture is supposed to be an ever-changing thing, not something that MUST remain the same from generation to generation. to try and shield your culture from outside influences is a misunderstanding of how it evolves.

@epic-pineapple-power no, I get that, but, again, the whole point is *small doses*. I'm not in favour of racism like you described it, because that's serious shit. however, I also don't think you should favour other countries over your own. that doesn't involve in any way beating people, or being like neo-nazis towards them. there just shouldn't be a social obligation to like every type of person equally. that's all.

as for the culture thing, well, no. cultures are meant to develop, sure, but the point of different cultures is that certain things should be retained. and the changes that do occur must be justified. if that makes sense.

@LietuvaiteMetaliste i mean, i disagree, but there's no point in sitting around arguing about it. the disagreements we have left, after clearing up our own personal stances, can't be quantifiably proven either way. it's a matter of personal belief.

so, in my opinion, there doesn't really need to be a justified reason and all, but that's my opinion.

@epic-pineapple-power yeah, alright, good point. have a good day you too!

@LietuvaiteMetaliste ....alright there are so many wrong things said here. first of all rascism in definition is to discriminate or think yourself better than another due to their race. another thing is america is a smorgasbord of culture. sure we get inspired and take bits of other cultures but that should be plain obvious due to the fact america is an area built on immigration. and lastly america was and to a degree still horrible with accepting others. it wasn't even a lifetime ago that an african american could sit in the front of the bus, gay marriage is a really new thing for allot of us, like most of our history was in some way or form oppressing another race.....*deep breath* okie sorry about that.....just saw a lot of false info in a post and....lost my cool a lil

@SirKibbz no, I mean, I'm aware of that. which is why right up I said "in small doses". I think it's fine to place your race, nation, and culture above others when it comes to topics like migration and such. however, anything beyond is already not okay. and a lot of thing, especially in american history, were terrible. still, I think countries should be proud of their race, and culture and all that. yknow what I mean?

@LietuvaiteMetaliste having pride in your nationality and race is not racism in the slightest though. of course people who take great pride in them might be rascist them selves. i agree there is nothing wrong with being proud of what they are, where they come from, and how they live. but not to hold it over others.

@SirKibbz yeah, exactly. that's why I started with "in small doses". it's okay to favour your own people over those from outside too. and it's not the same thing at all.

@LietuvaiteMetaliste eh.....i don't know. seems a lil wrong to hold your own people above others. like i guess the idea in it's self is not so bad but the question becomes why you prefer your own from say a guy from afica or something.
sagas

'@LietuvaiteMetaliste'
What would you do if you took a genetic test and found your ancestors were largely Polish and Belarusian. A completely and utterly plausible thing given the history of your area. Like what seriously would you do.
potatoe4life

@LietuvaiteMetaliste hmm. i dunno, like, it depends on how small. (yes i did read what you said, in the reply section. all of it ^-

like, maybe being more attracted to white people than black people, (as an example) is, i'm sure, fine, since it's what i think you meant to say when you said 'favoring your race more than another', no? So as long as you don't call them rude names just because of their race, and what not, nor think poorly of them (cuz of their race/ religion/ gender) you're fine（＾ω＾）
Aivo88

I think Japan has a very good idea! It's better then what we are seeing now in Europe...
Balistare

what does nietzsche have to do with this?

@Balistare Nothing. It's just that a lot of people (including the Nazis) liked to call themselves "Übermenschen" and thus claim superiority over "Untermenschen" (the inferior ones). That's why it carries a somewhat racist connotation

@Nethyae Yeah, but they called themself Masterrace too and that would be 100% nazi, while Übermensch is a term from nietzsche which is all about, that everyone can become one and that it is not restricted by race, gender, sexuality or religion

@Balistare You're right, this is obviously not what Nietzsche had in mind. Nietzsche was also anti-nationalistic, but they chose to simply ignore that. It's just that many people will probably not know much about him, while almost everyone knows about the Nazis. It's sad, but I think also somewhat understandable that someone would assume a racist background if that's the only context they know that word from (especially since it's a loanword).

@Nethyae the nazis ruined everything -.-'

@Balistare Sad but true. The more important it is to clear the confusion about it, so it's not going to be forgotten.
AmericanButterfly

it's more xenophobic than racism
JTTWloverchinese

China is giving me evil looks? What’s going on?

@JTTWloverchinese
...I wanna know that too

@ABCEastPonymon I think it was because someone the chinese goverment didn't like got the nobel peace prize around that time.

Umm... do Caucasians want Japanese to praise?
What kind of intention are they? Japanese can't understand.
Good conduct should be silent.
Do they have to disparage the country I'm not eager to do the same thing as them where?

Basically, Japanese don't believe anything as human conscience.They're thinking the man is cruel.
Do you believe you to be gentler than an old Caucasian? Really?
When it's so, I think you're very stupid.

And Europe and America are being itself Japan expected after all now.

I don't know what you're on about, but you're a bit mixed up.
Topazgirl9

The robot had a little Hitler-stache XDD

@Topazgirl9 That's because it's a racist robot.