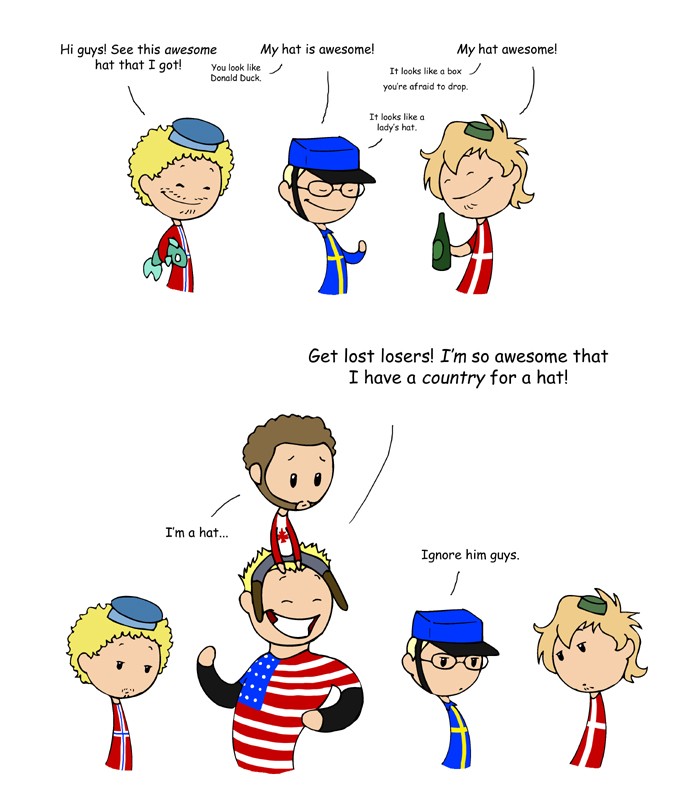 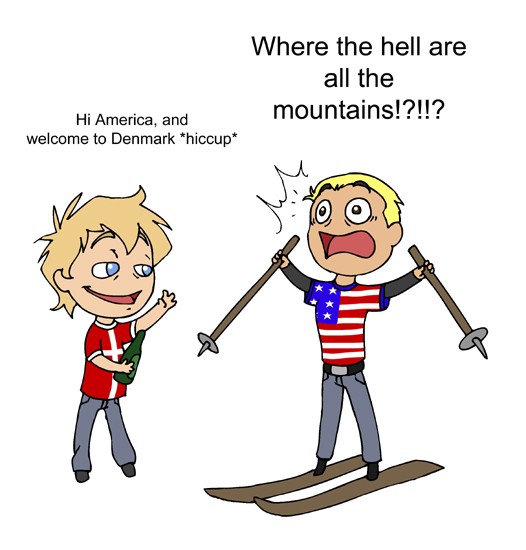 Just a little quickie, because the other day I was reminded of a funny thing that happened to me a few months ago.

A pair of Americans came into the hospital, and when I found out they were Americans I had to ask them what they were doing in Denmark, seeing as we don’t have a whole lot to come after. They then explained that they had heard that Scandinavia had great skiing conditions, and that the flight to Denmark had been the cheapest, so that was what they had come for: Skiing. Great was their disappointment then, when they flew over Denmark and noticed that there was no snow, and not a single mountain in sight.
Yes, of all the Scandinavian countries they choose the one country that has no mountains. At all.

Anyway, this is my stereotype version of America (It should be noted that all countries in these little comics will be made from a Scandinavian point of view). He is a tall guy because everything in America has to be BIG. He is well trained and toned and has dyed his hair blond because to us Americans seem obsessed with their looks, yet he is not a health-freak (Either that or they’re ridiculously fat). And he is rather clueless about the other countries.