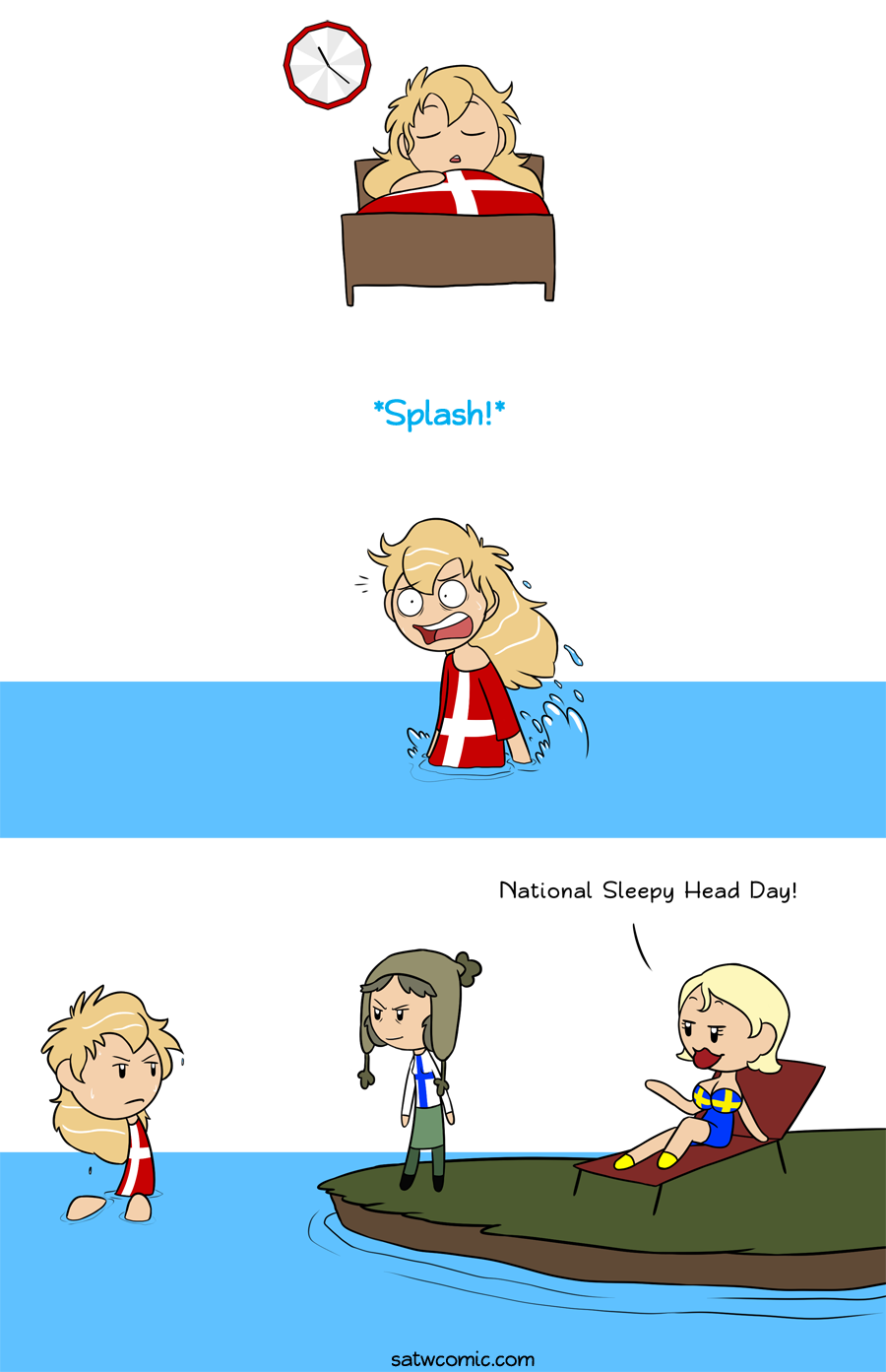 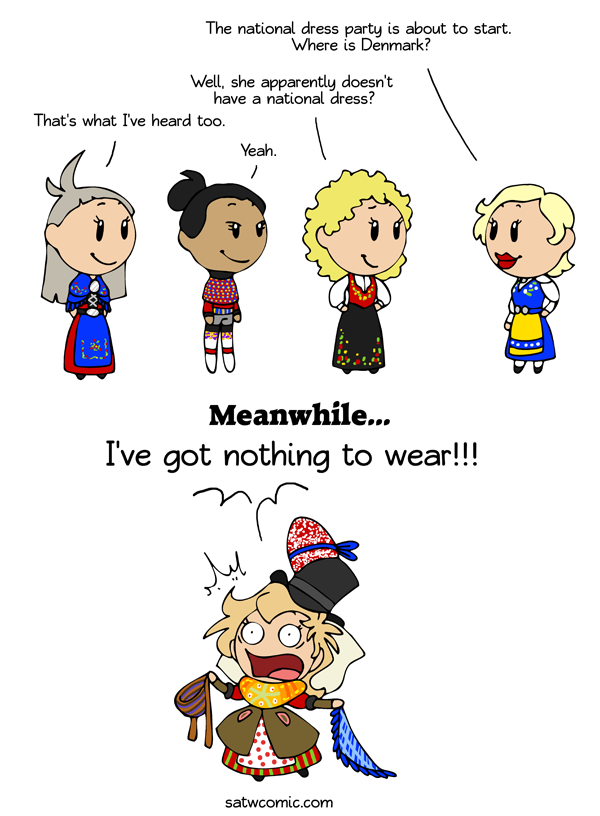 You can hear a version of the song sung by a Dane, a Swede, and a Norwegian here https://www.youtube.com/watch?v=p_dqdcofoA0

There’s no hidden political or historical joke here. This one is for a special Finnish friend of mine. You know who you are. ;)

Everything is of course pink because they’re at Sister Sweden’s house.

Also, I’m experimenting a bit with Sister Denmark's looks. I’m trying to find the right amount of boyish for her. 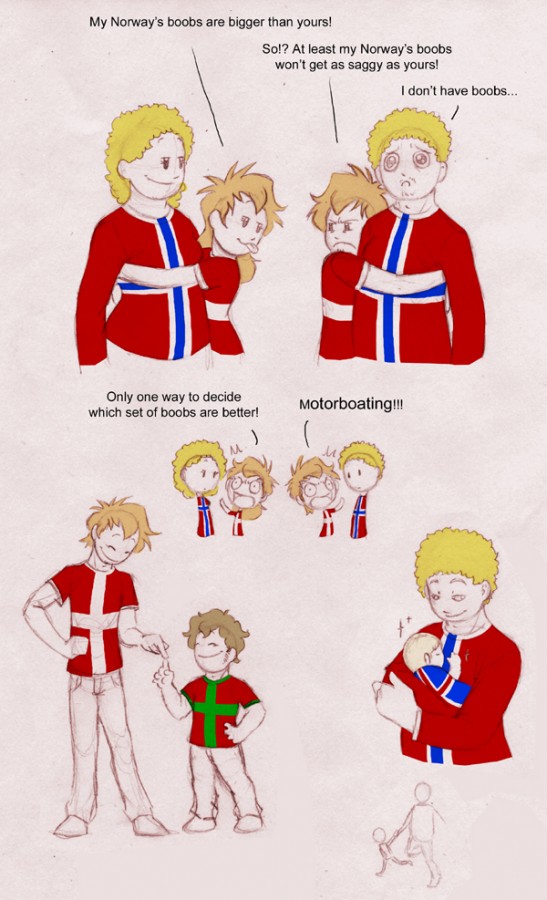 Yes, the Denmarks are talking about this kind of motorboat http://www.youtube.com/watch?v=GLEbu-nSY70

When I drew the comic about Bornholm I didn’t imagine him to be a little person, but someone asked something along the lines of, “Denmark is a short guy, but seeing as Bornholm is one of Denmark’s islands, is he taller or shorter than Denmark?” and for some reason my first thought was, “He’s a little person”. Not that it has anything to do with Bornholm being an island. Åland is after all taller than both Finland and Sweden. It was just a random thought I haven’t been able to shake of, and have grown fond off over time.

Originally Norway and Iceland were supposed to be twins because in Denmark the stereotypical Icelander looks almost exactly like a stereotypical Norwegian with woollen sweater and all. Then I read somewhere that the Icelanders see themselves as crazy extreme sports enthusiasts, so I decided to go with that so as not to have two completely identical characters.
But I still haven’t been able to completely let go of the idea of them being brothers, only now I see them as older brother Norway and little brother Iceland.

The end of today's random info!