The Scariest Ghost Ever

Greenland showing off his ghost-taming skillz.

The belief in spirits is very much alive in Greenland. If people move into a new house or an office, it’s not unusual to have a shaman come and chase old ghosts and what not out.

It’s a rather sad stereotype in Denmark that Greenlanders are alcoholics, mainly because we usually choose to ignore that the alcohol problem was our fault. We introduced it into a culture that had never had it before and then just let it run wild.

Yes, I’m throwing these comics after you now because I have 10 of them just lying around waiting to get posted. 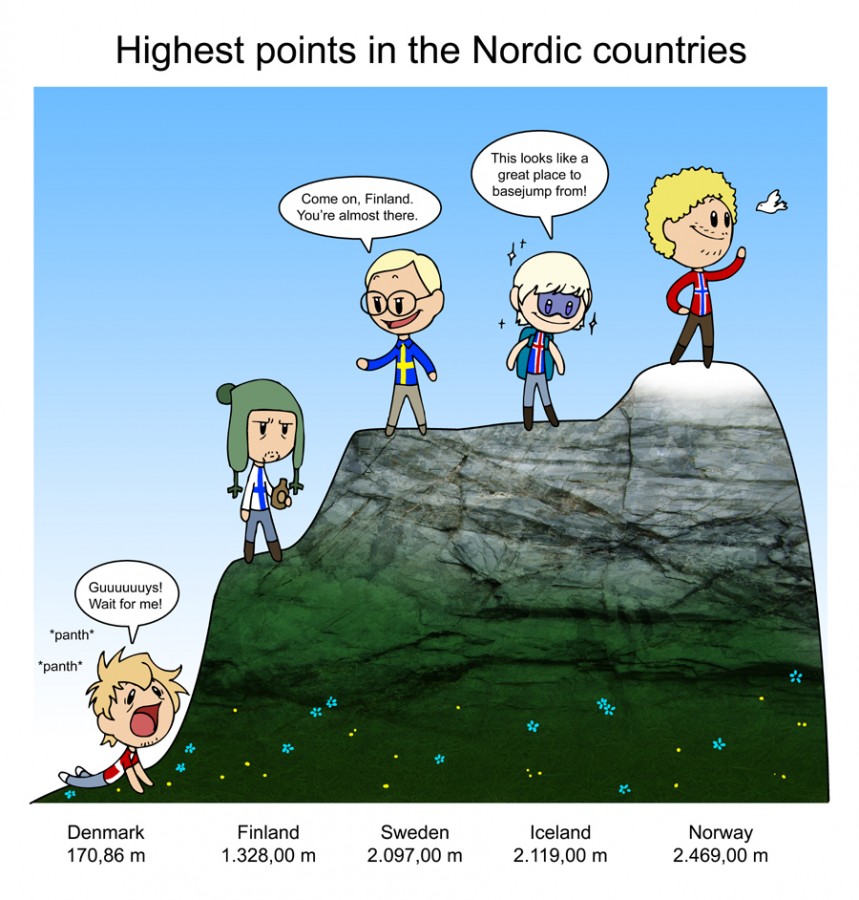 Well, it speaks for itself.

I almost put Greenland in with it's 3.694,00 meters but didn't want to steal Norway's spotlight.
Thinking about it, I might do another one including Greenland, the Faroe Islands and Åland. 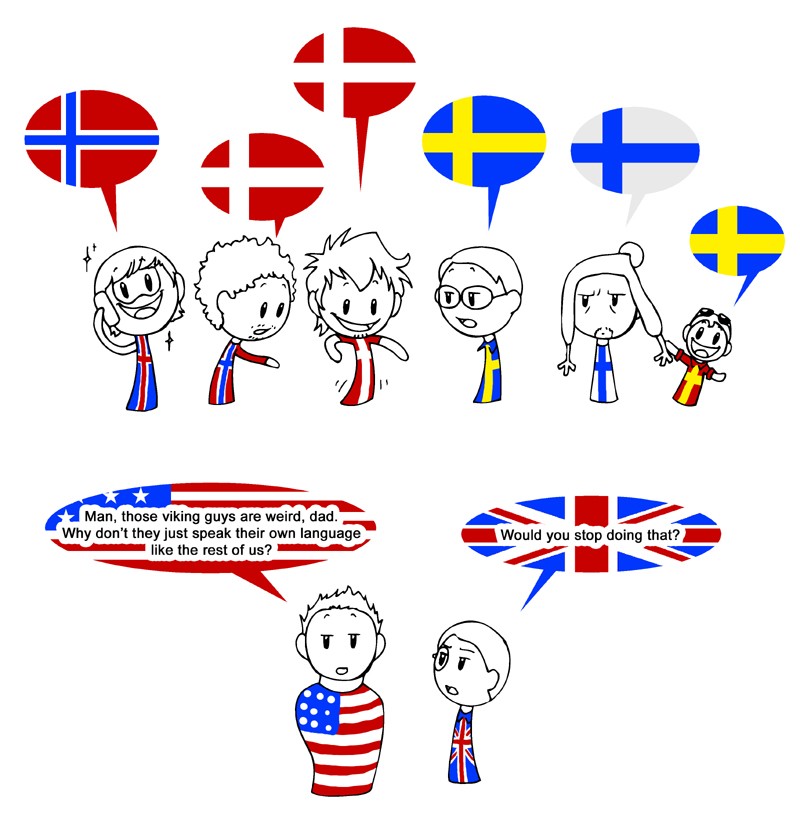 Well, at least Finland had fun pushing them in...

Some old champagne bottles were found near Åland http://yle.fi/uutiset/news/2010/07/worlds_oldest_champagne_found_in_aland_1839322.html

The Nordics saying ”I love you” in their respective languages.

Norway really tries. No, the fish was not an accident. It’s supposed to be there. Fish and skis is the traditional getup for Norwegian men when trying to impress a lady. Flowers and bowties are just fancy modern stuff, but you gotta' keep with the time.

Inspired by this http://humon.deviantart.com/#/d2rnwtw
The little thing at Denmark’s feet is a ghost that will show up in a later comic. I had never drawn it before and doodled it on the top of the page, then realized that it would look cute next to Denmark here.

Sweden is giving Åland an USB key instead of flowers. Then America jump in pointing and yelling, “GEEKS!!!”
What? No, he wouldn’t yell that other thing. They’re not birds with long pink necks, silly head.

There’s a posibility that Iceland isn’t actually asexual, but self-sexual. We will never know, because the result is the same: We’re not getting a piece of him.

Finland with Sister Sweden because nobody else can make him say it. Yes, he has to be all special and say it in a way the rest of us don’t understand! >:C