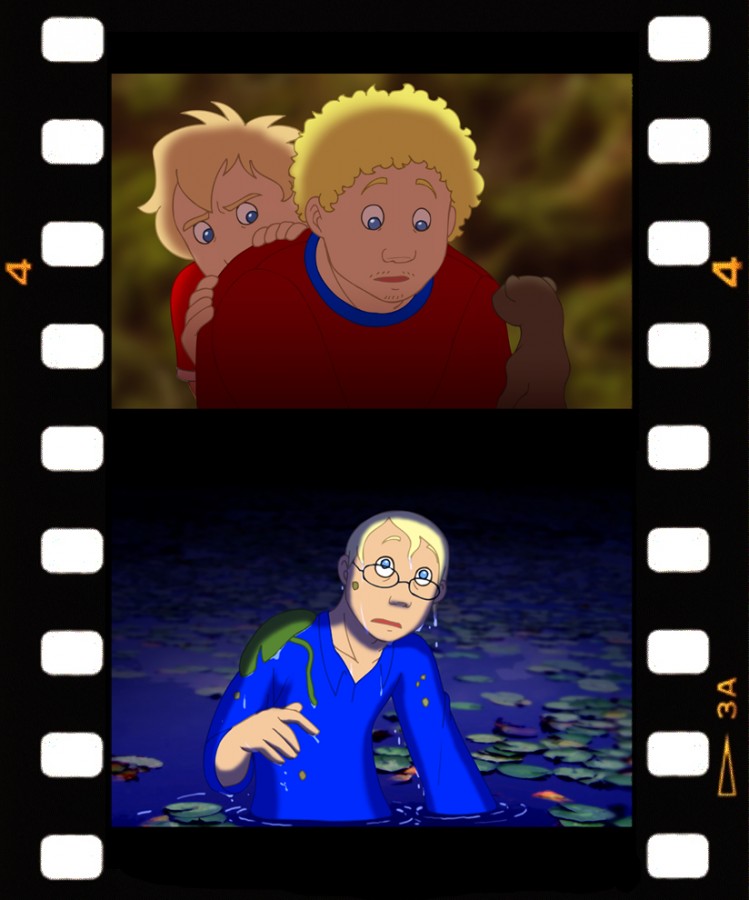 SatW to the Big Screen

"Scandinavia and the World" will never be made into a cartoon anyway, so I decided to make my own fake screencaps.

The only reason why I made two pictures was because I couldn’t fit Sweden into the first image.
And of course Norway can talk with animals.

I have no idea what the story would be, but apparently they spend a lot of time in a forest. Suggestions as to what is going on in the pictures are welcome. 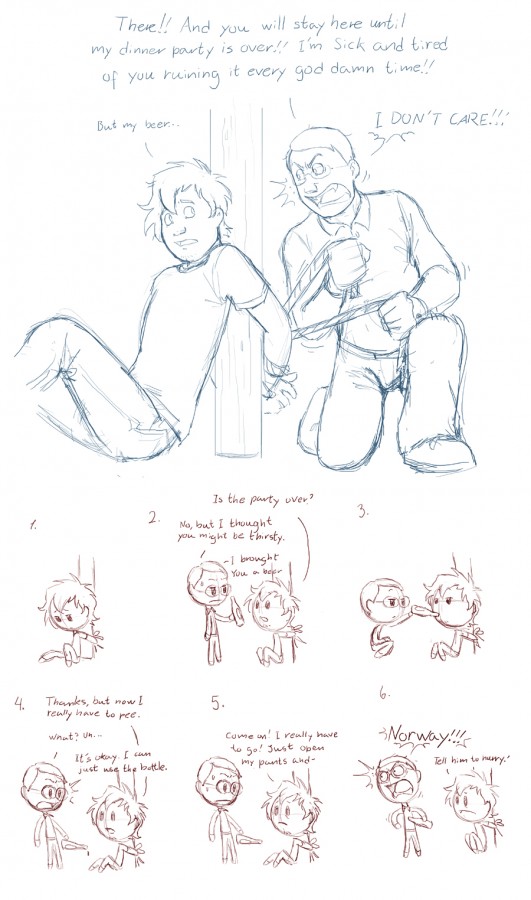 I didn’t plan for the comic, but one thing just lead to another...

I don’t understand why some people find it hard to imagine Sweden being top/dominant. He may look like a sissy, but he sure can kick ass when he wants to. It’s just a matter of motivation.

The Wonder of Glasses

There’s no cleaver (or not so clever) joke about countries in this comic. It’s just Sweden, Denmark and Norway hanging out.

So, in Scandinavia the stereotypical American woman is basically Paris Hilton, but prettier and with bigger fake breasts. I’m sorry.

We do of course have plenty of girls looking like that here too, but they’re seen as copying American girls.

The thing about Americans is that we always see them as unhealthy, be they fat or skinny. If they’re skinny it just because they don’t eat at all and have had plastic surgeries. Like, they can be some of the prettiest people in the world, but in the most unhealthy way possible. That’s how the stereotype goes anyway.

And America is indeed spray tanned. He wasn’t originally supposed to stay that way, but then someone mentioned spray tanning and I thought it was too funny to ignore.
I just feel bad about telling you this because a lot of people seemed so happy that he was Latin American. But the truth needs to be told!

Inspired by the fact that Norway used to consume more coffee than any other country in the world. http://www.nationmaster.com/graph/foo_cof_con-food-coffee-consumption 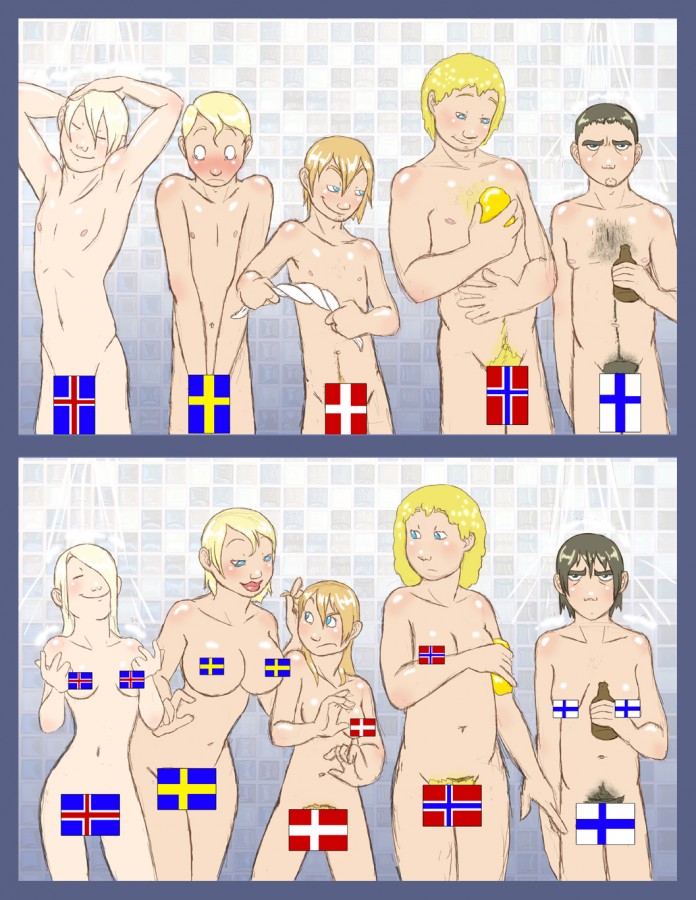 You voted, so here they are. The Nordic countries in all their naked glory. Enjoy, you perverts!

There are no stereotypes saying that Finns look like this. I just thought it went well with the I-don't-give-a-fuck-what-you-think personality I’ve given them.

And yes, I actually imagine Sister Norway to be slightly taller than her brother, just because.

I didn’t realize it before the picture was done, but I love how you can see that a domino effect will take place in the boys' picture:

Iceland is just standing around being his usual pretty self. That...um, distracts Sweden. Therefore he doesn’t notice that Denmark is about to towel whip Norway. When that happens, Norway will jump, and bump into Finland. Finland will drop his beer, and then all hell will break loose!