We should be friends

Sweden Denmark and Norway never hates each other more than when we play football.

I wanted to include Greenland somehow, and then started wondering if Sweden and Norway have any islands where they don't speak Swedish or Norwegian. Sweden doesn’t have any, and Norway just have volcano island, Jan Mayen (Besides Svalbard), where the only humans are Norwegian scientists. 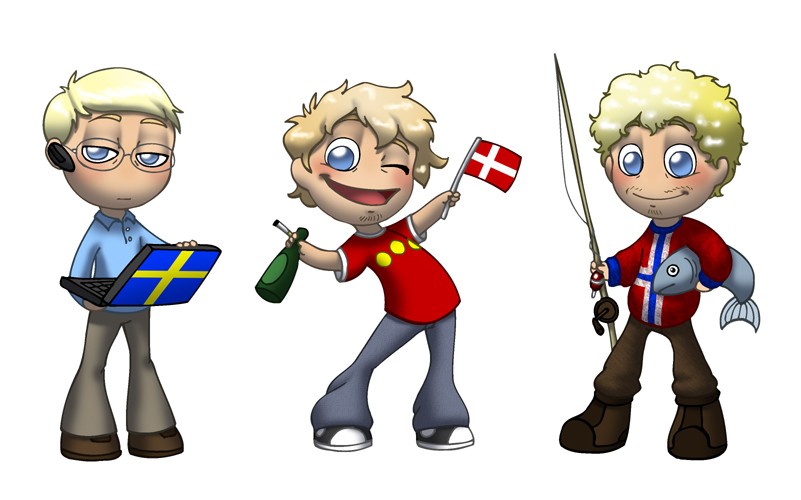 Sweden, Denmark and Norway as we see each other and ourselves.

Sweden is seen as the most advanced country in terms of technology. In Norway they’re seen as snobs and arrogant, and in Denmark they’re seen as people who are very concerned with order, but loose all self-control when they come to Denmark to drink the cheep beer. For some reason Swedes see themselves as cleaner than the other two.

Denmark is seen, both by themselves and the others, as the most laid back country. Sweden see Danes as lazy and without self-control ever, and in Norway they’re seen as people who pursuit a comfortable life.

Norway is seen as the country that is most in touch with it’s beautiful nature. The Swedes see them as unhygienic fish-eaters, and the Danes see them as calm and easy going people.

Of the three countries, Denmark and Norway has the best relationship. Obviously.

But deep down we all see each others as friends.