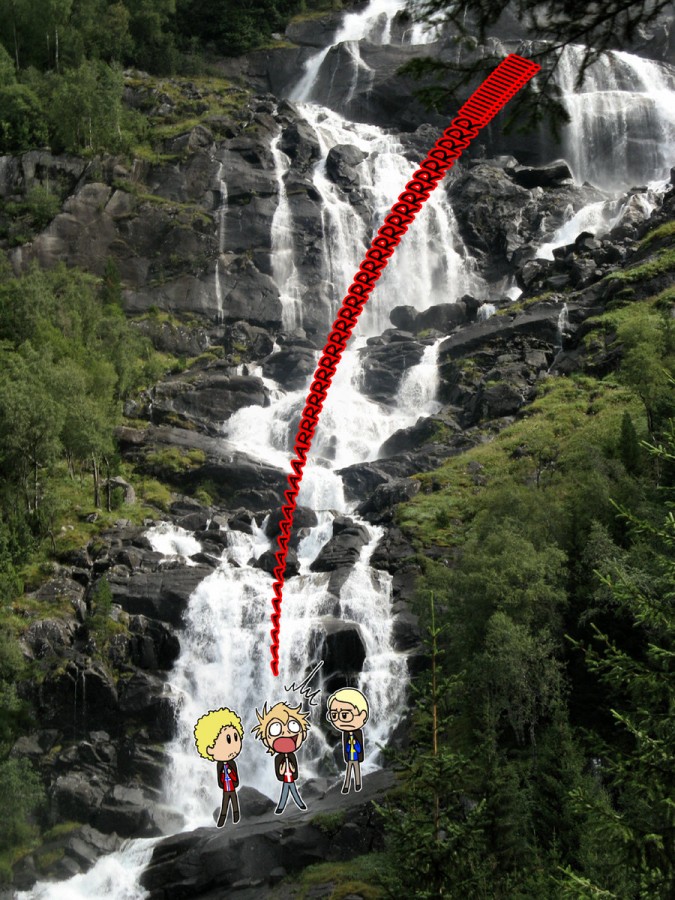 Not a Nature Lover

Waterfalls are BIG and NOISY and they’re made of WATER THAT FALLS!!!! That’s some scary shit!!

Sorry for all these “Denmark is scared of nature” jokes, but this was the first thing I thought of when I saw this photo because waterfalls is something we defiantly don’t have in Denmark.

How he managed to not notice it before now is a mystery. Maybe he thought it was the sound of city traffic or something. Wonder for how long they'll be standing like that.

Well, isn’t this how it works most of the time. 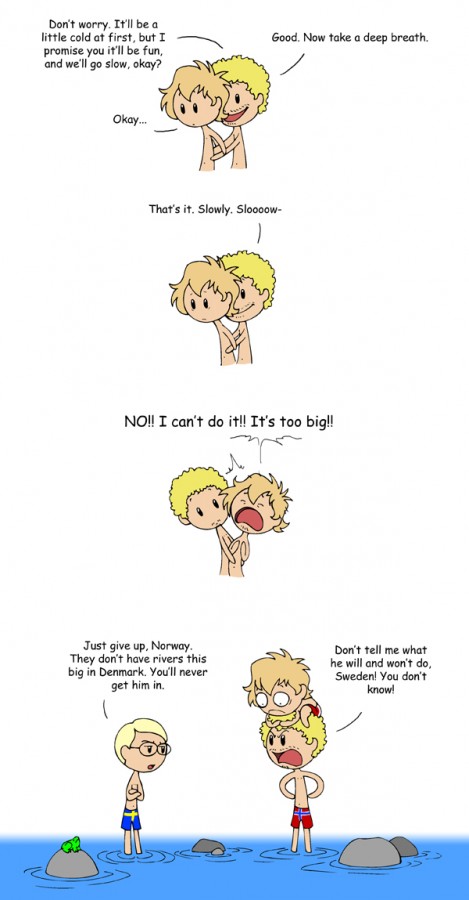 Too big for Denmark

Another “Denmark is scared of nature” joke, this time disguised as a cheap sex joke.

I thought it would be funny to post this now after all that talk about their sexualities. Hopefully you were thinking, “NOO!! She’s turning it into a slash comic!” at least for a second. :giggle: 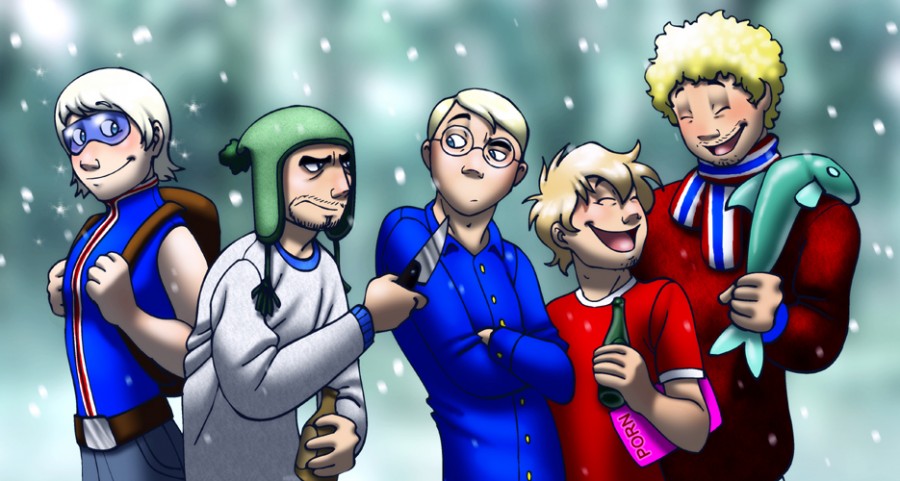 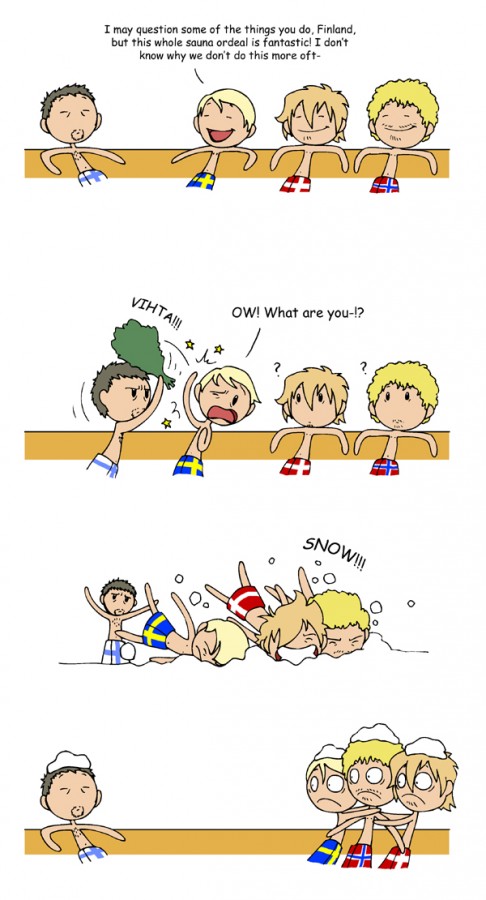 Well, Finland is a mute! He couldn’t tell them what they were supposed to do, so he had to show them!

I just knew people were wondering what Finland’s hair looks like, and seeing as I never intended it to be a mystery, here it is.

And don’t worry. I won’t stop drawing these comics for a loooooong time. You just won’t get a new one every single day. 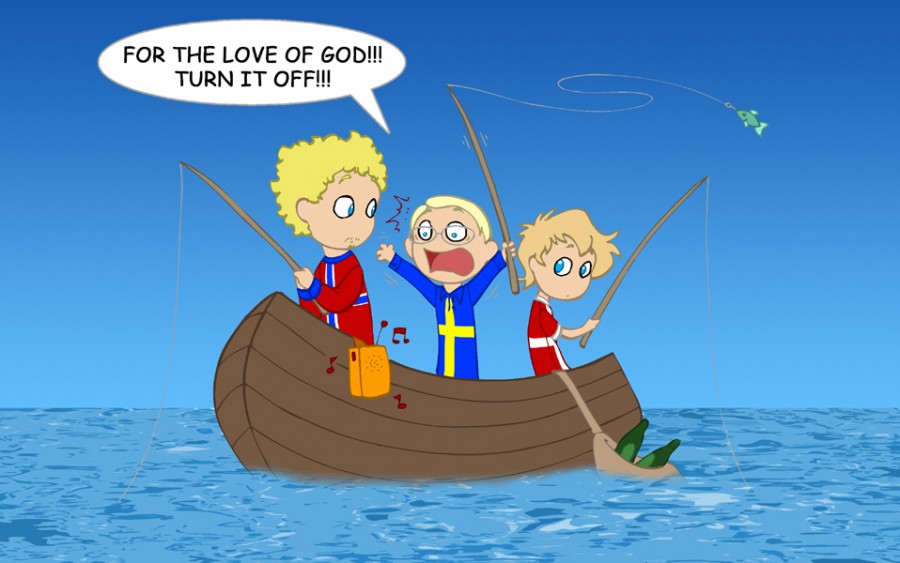 Heh, the song they’re listening to is ”The Oresund Song” http://www.youtube.com/watch?v=D6Hndsyfn6M

A translation of the whole song won’t be necessary. All I need to tell you is that it’s about a Swede and a Dane who are in love and “enjoying each other’s company” on Oresund (The water that separates Denmark from Sweden and Norway) Then a Norwegian shows up and asks if he can join, which they think is a great idea, and they all proceed to have very gentle sex in the boat. I think the video explains everything else.

I imagine that right after this, Sweden starts wacking Norway with his fishing-rod to get him to turn of the radio. 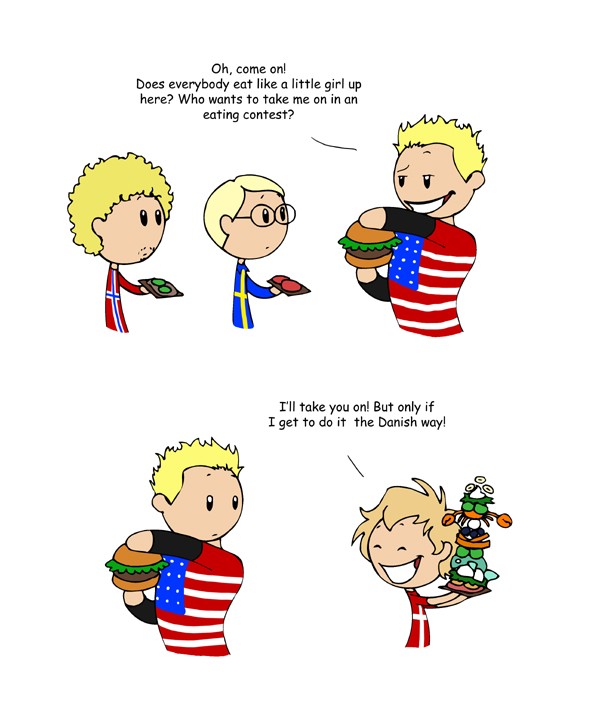 Swedes and Norwegians (and Icelanders) almost sound like they’re singing when they speak, while Danish is remarkable in that it has no accent at all. It’s very flat, not unlike German. Yet Danes are still somewhat understandable to Swedes and Norwegians, because Swedish, Norwegian and Danish are more or less the same language, so to them it sound like “Danes are speaking with a potato in their mouth”

But now the secret is out. We don't actually talk like that when we're alone. We only do it to annoy Swedes and Norwegians.