Originally it was just about music and Sweden was dressed up for pop, but it then turned into a comic about the famous Scandinavian metal scene.

Norway, Sweden and Finland are known for metal, while Denmark is better known for rock.

Iceland is of course dressed up as Björk.

Oh, and Finland has that weird reddish skin-colour because a lot of the Finnish metal and rock bands I’ve seen are painted in some way.

A little joke on what the food in the different Nordic countries is like.

The Swedes are said to mix weird things. I once tasted smörgåstårta and it isn’t half bad. It just looks and sounds disgusting when it’s put in front of you. It’s not a real cake, but more like a sandwich that have been turned inside out and dolled up to look like a cake.

The Norwegians are said to make really boring and plain food, without many spices or accompaniments. That have of course changed now, but most of the old traditional food is still rather plain.

Danish food is said to be well tasting but extremely fattening, or sweet. Sometimes both. However, unlike fast food it will satisfy your hunger.

Finland is mainly known for their many different kinds of bread. I just thought it would be fun to have King Europe still refusing to taste mämmi.

I spy with my little eye

But there was one thing America didn’t count on: A nation just as terror-paranoid as them. Denmark to be exact. There the government found out about the spying and sent out Danish agents to spy on the American agents.

For those who forgot, the woman with the hat is Estonia. And it is of course Sister Denmark spying on America.

Some different relationships between the Scandinavian countries. I tried to pick three that each would have a different country in centrum.

The first is how things goes whenever talks of a united Scandinavia comes up. Sweden and Norway starts fighting, while Denmark cries in the middle.

The second is about how Swedes and Danes seem to be fighting over who the Norwegians like best.

And the last is the result of history because the last wars to be fought within Scandinavia was Denmark vs. Sweden and Norway vs. Sweden. Sweden won both and thus became very unpopular, which can still be felt. 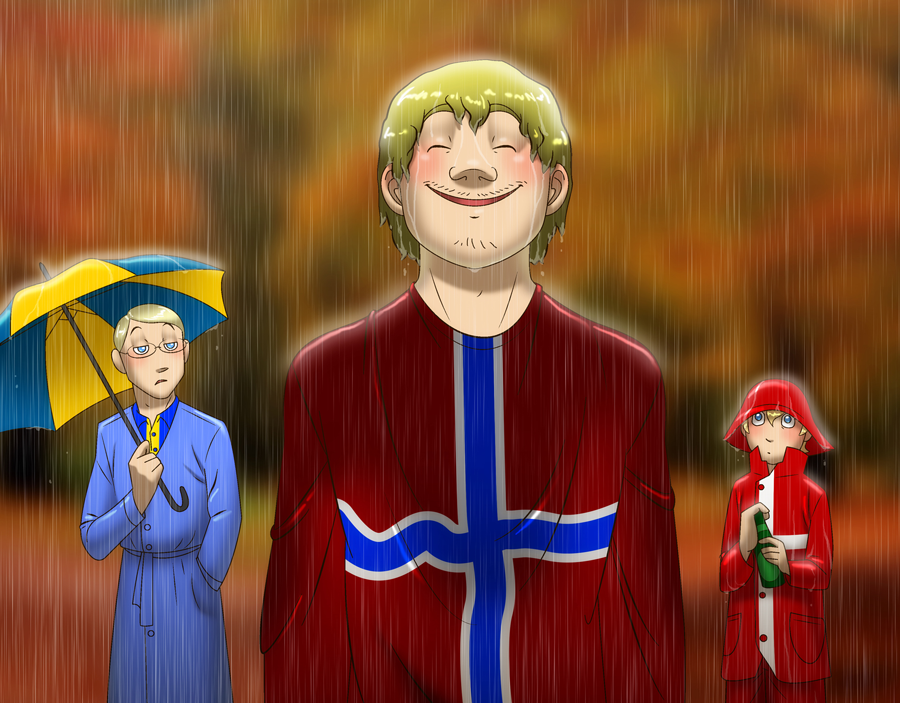 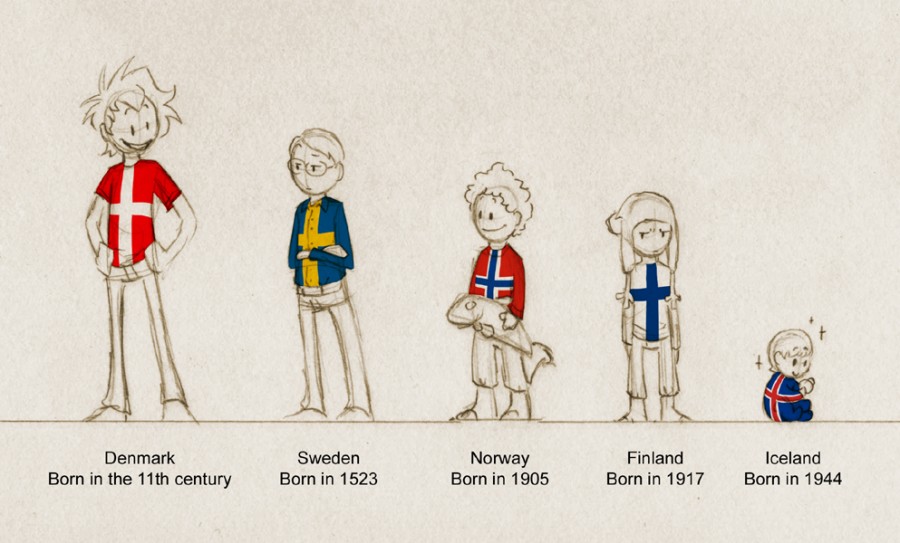 I’ve drawn Denmark as younger than Sweden and Norway a few times, but that had to do with the age of the landmass. This shows how old the Nordics are as countries.

Denmark’s birth is from when it became a united country instead of tribes fighting each other, Sweden is from King Gustav Vasa's crowning and Norway, Finland and Iceland are from when they became fully independent from all other countries.

Norway is a bit tricky though, because he could also be said to be around the same age as Denmark. But this is how it's usually done.