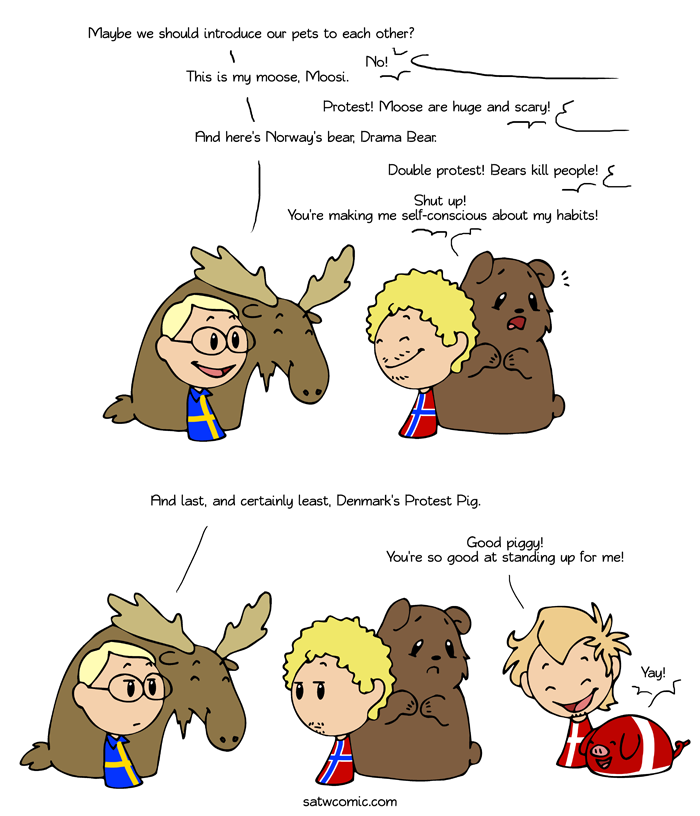 People wanted to see more of Denmark's pig, so here he is, protesting stuff.

The Danish Protest Pig was bred in the 20th century, when Danes living in the area under Prussian rule were prohibited from raising the Danish flag and kept and displayed the Protest Pig instead.

So Protest Pig always stands up for Denmark when there's something he's uncomfortable with.

England and Denmark were once connected by land called Doggerland. Things did not go well for Doggerland with the rise of sea levels.

This strip is by my assistants, what do you think of it? 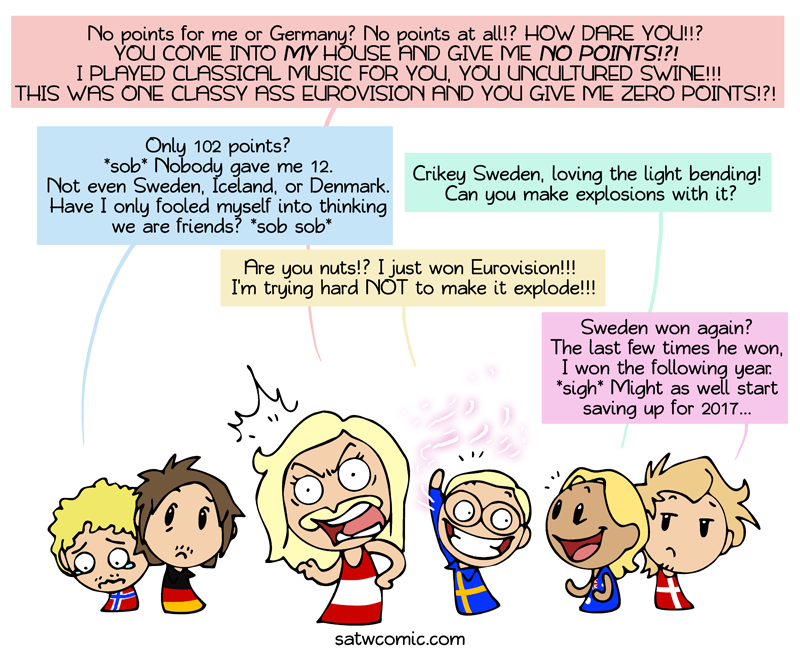 Don't worry, colorful speech bubbles aren't going to be a thing from now on. Just this once it makes it easier to see who is saying what.

Sadly I didn't have a lot of time to make this year's Eurovision comic, but no way could anything keep me from making one!

I have to admit I though this year was pretty boring. Not because of Austria, they did a great job, but because most of the artists decided to act classy which equals super boring Eurovision for me. I need lots of stupid costumes! Crazy dancers! Huge fireworks! I need Eurovision to be weird dammit!

Sweden was as always stoked to win. Nobody in the world loves Eurovision more than them, so no wonder they win so often.

Australia got to join this year as a special one time thing. They did great and are welcome in the future if the powers that be allows it.

The last two times Sweden won, Denmark won the year after, so it's a bit of a running joke in Denmark to say "Oh no, we can't effort Eurovision again already!" before we've even won.

My housemate came home and handed me an article from a Danish newspaper that had asked it's readers which countries they liked best.

It came as a surprise to no one that Norway was the runaway winner, because the Danes have historically always been incredibly fond of their old colony.

Second came Germany because the Danes have been working so closely with them, exchanging tourists and what not, that old hate from the war is gone.

It was however a huge surprise that Sweden was number three considering our history and how ill we speak of each other on a daily basis, but it would seem it's all talk and the Danes are warming up to their old nemesis.

The truth is out there

There are a ton of alien species some people believe visit Earth, but these are the most popular.
The Reptilians, the Grays, and the Nordics.

I could talk forever about this, like the reptilians are usually considered the original inhabitants of Earth but are always lumped in with aliens. Also, they were invented by an American science fiction writer but were made popular in modern alien lore by an Englishman.

The Grays are an all American invention which is also why we see them most in fiction. The Americans make the most alien movies and shows.

Finally there's the Nordics, not to be confused with the actual Nordic people. They are called Nordics because they look like Nordic stereotypes and because they were originally only reported in the Nordic countries. They have since been replaced in Nordic UFO rapports with the Grays.

I used Norway to represent the Nordics here because he is pretty damn in love with himself and it's so rare that I get to show that part of his personality.

See more of Norway America England
12th of May 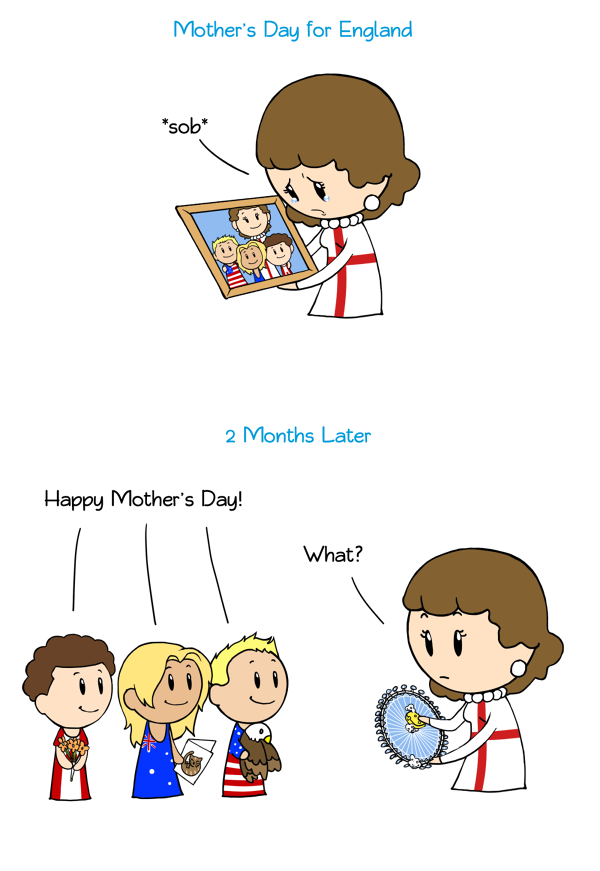 Every time I make a comic about Finnish saunas I'm told it's a running joke in Finland that Finns only make small talk in saunas.

See more of Finland Sweden Norway Denmark
5th of May

This strip was put together by assistants Dayvi and Verity. What do you think?

I kid you not. The Faroe Islands bought grass from Denmark to use for football fields, but accidently got wasps too.

To make matters worse, the wasps on The Faroe Islands are unusually aggressive because of the cold weather.