Stupid animals! Either they’re in the way or they steal your money!

EDIT: People say it’s a British company and British oil, but I was told it was owned by both the British and the USA. Are the news I watch total crap?
(I only drew Americans because they are the ones who has to deal with it) 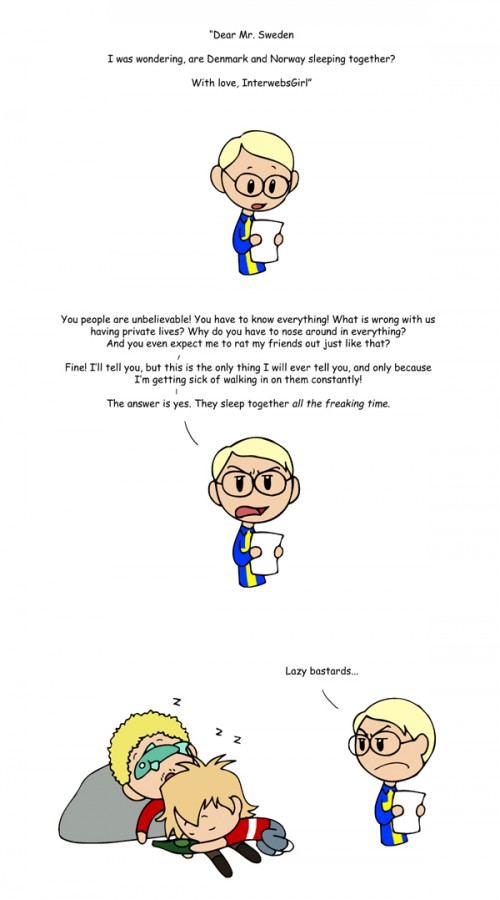 There’s your answer! Are you happy now!? ARE YOU!!?

Heh, that question got very popular after this journal http://humon.deviantart.com/journal/32744945/
Like Sweden would even know the answer. He is too busy covering up who he is sleeping with to notice what (and who) Norway and Denmark are doing.

I also stumbled over this cute little cartoon written and voiced by a Norwegian and animated in Canada about a Norwegian and a Dane falling in love http://www.youtube.com/watch?v=iTef0HWbW_M&playnext_from=TL&videos=FNJ7DdlDuWU

N00bs off the road

It’s probably only Icelanders who will get this without an explanation.

In Denmark we have a large bicycle culture and is even in the top three over the most bicycle friendly countries in the world (Either number three or two depending on the list. Holland is always number one). I only know one person who doesn’t own a bike, and people will assume a person was neglected as a child if they can’t ride one (I don’t know a single person who can’t).

Therefore the safety of cyclists is a high priority when making roads, and you will find bicycle paths everywhere that has a lot of traffic. The bicycle paths are often on the same level as the sidewalk, and in some places there is nothing to tell you where the sidewalk ends and the bicycle path start. That is not a problem for Danes because we grew up with it and knows where the invisible line goes.

But Icelanders are not so lucky. Bicycles are fairly rare on the island, and bicycle paths almost non existent. So when they come to Denmark they think the bicycle paths are also for walking.
In Denmark however it’s considered extremely rude to walk on the bicycles path, and if you don’t move when we ring our bell, then you’re just looking for a fight!

Therefore a lot of Icelanders have stories of how they almost got ran over or yelled at by angry Danes on bikes. So it has become a bit of a joke that Danes on bikes target Icelanders when we see them.

Denmark is teaching Norway to ride a bike here because even though Norway is also a very bicycle friendly country, they don’t have the same large bike culture because of all the mountains. But I also just thought it would be cute for Denmark to try and teach Norway something for once.

A little video about the use of bikes in Denmark http://www.youtube.com/watch?v=a_8dGodhGtI&playnext_from=TL&videos=RKsPejKpqTM 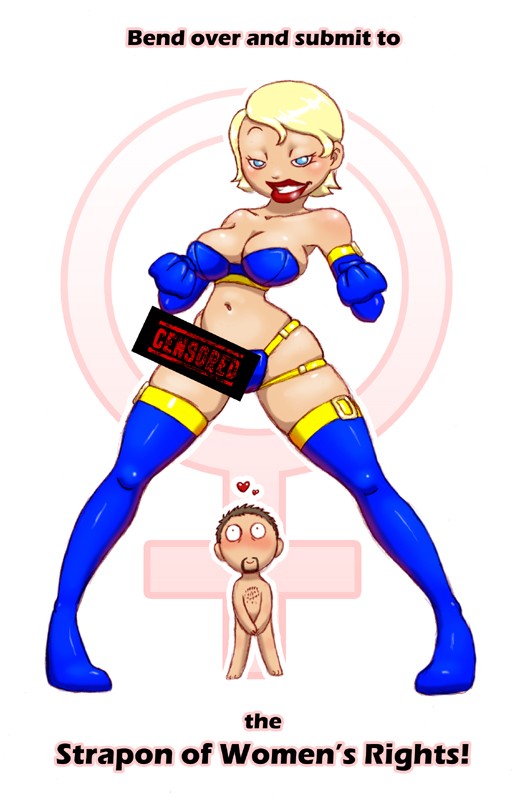 All the children in SatW are completely fucked.

Scania is the most southern part of Sweden which used to be part of Denmark. A lot of people from Scania work in Denmark and the other way around because they’re connected by a bridge, and every year a group of people from the rest of Sweden comes down to the border of Scania and a group from Scania does the same, and together they start digging along the border. The plan is to separate Scania from the rest of Sweden.

And yes, Sister Sweden is making a reference to this http://humon.deviantart.com/gallery/#/d2qv9uv because I'm a horrible person.