Music in the background of the last picture http://www.youtube.com/watch?v=-sFFYfvgF-w

Anyway, the first picture refers to these videos http://www.youtube.com/user/SwedishMealTime?feature=chclk

The snowman is a reference to a man in Sweden who got trapped in his car without food during a snowstorm and was found two months later, weak but still alive. How did he survive? By eating "a bit of snow". 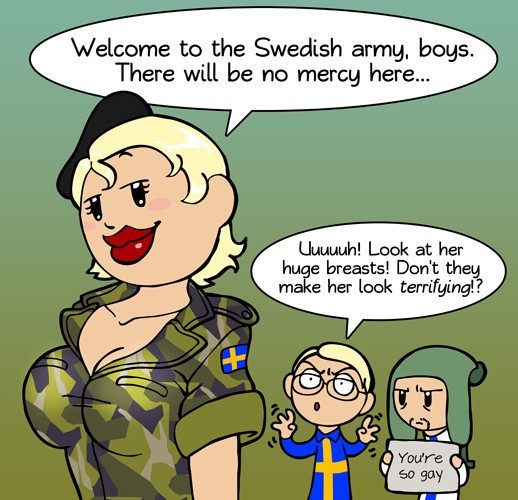 There's a story going around that small breasted women who join the Swedish army are offered the choice of free breast implants. They're also advised to gain a little weights, all intended to make them look bigger, more butch, and matronly. In other words, big breasts are scary. :fear:

You can get a Sister Sweden poster now here http://satwcomic.com/shop/bend-over-poster The poster has been selling a lot better than I thought it would. You naughty people. ;)

When I went to England I noticed that people would apologize or even freak out if they as much as touched my little finger. At first I thought that maybe I was putting people off, but later it was explained to me that English people are just incredibly nervous about touching people they don't know very well.

I've been to conventions in quite a few countries by now, and England is the only country where most people asked for a handshake rather than a hug.

No Flag for You

The Danish flag is the oldest one in the world still in use, and pretty much nothing is known about how it came to be. According to the myth the Danes were fighting the Estonians in Estonia and were about to lose, so the Danes called upon God and asked him for help. Then a flag fell from the sky and a heavenly voice said that the Danes would win under this flag.

Thanks to that story is has become a popular joke in Denmark that God was trying to give the flag to the Estonians (it fell into their country after all) and the Danes just snatched it.

But it would seem that something did indeed happen in that war, because the Latvians have a very similar flag from the same period, so flag-interested people suspect that there might be some kind of link.

Non the less, Estonia was once again left out. 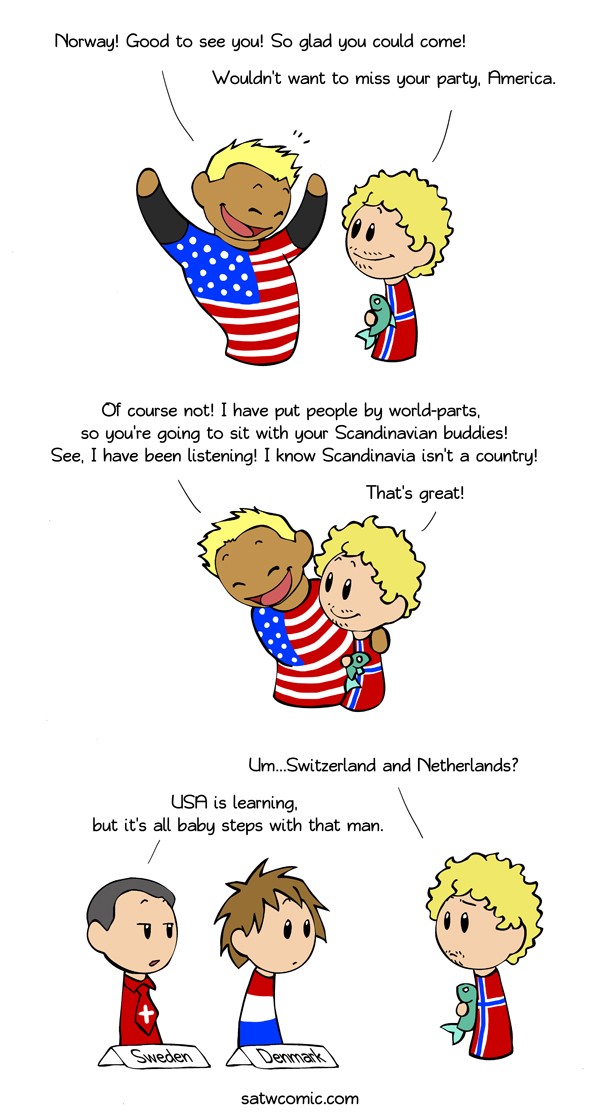 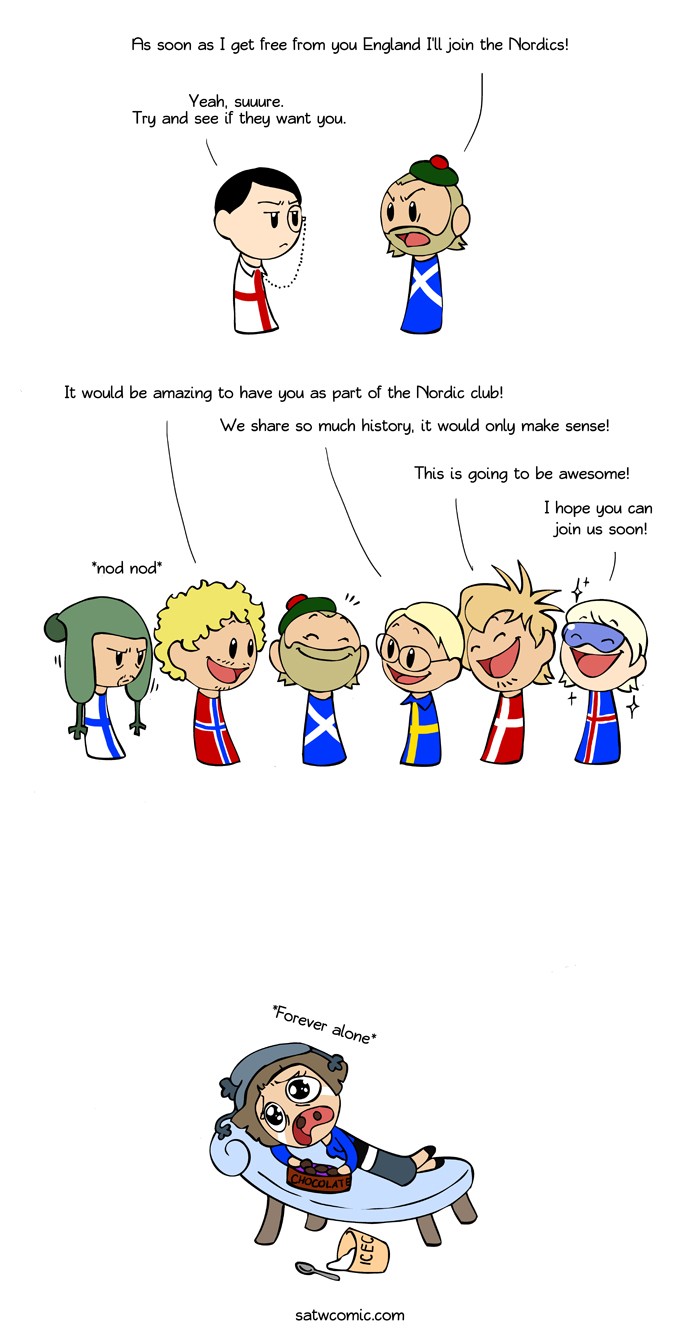 I spend the weekend with a pair of girls from the Faroe Islands and we ended up talking about the whale killings and this "article" http://www.eface.in/denmark-is-a-big-shame-to-whole-world/

It basically gets everything wrong. They don't use hooks, but knifes and axes. It looks bloody, but that's because it's in the sea.

I'm neither for or against it, but I know it will turn into a massive discussion in the comments, so try to keep it civil. 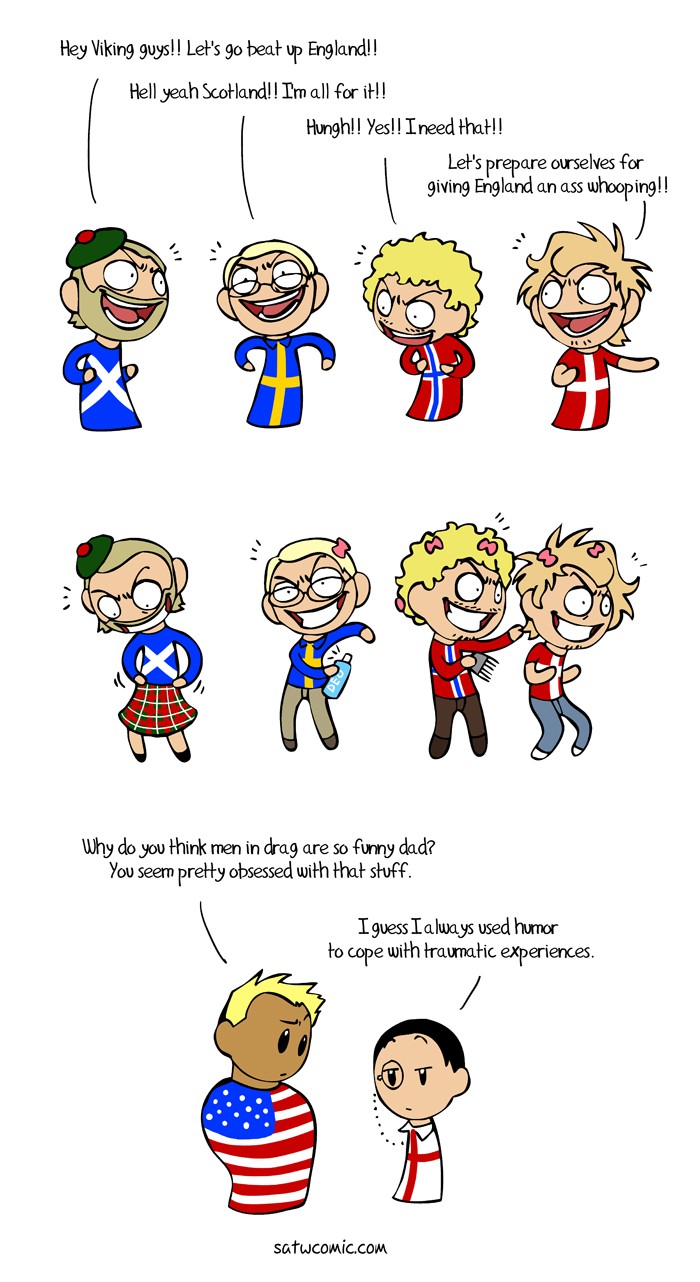