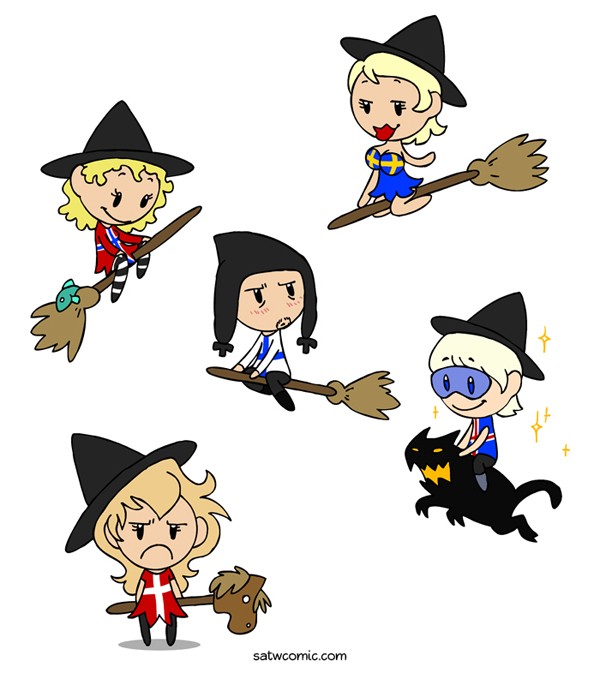 During the witch hunts in Europe each country had their own witch lore.

In Norway and Sweden they were what you would expect. Women who did magic and could fly using anything from broomsticks to their husbands.

In Denmark however witches weren't believed to have the power to fly. Their favorite transportation was a horse at night.

And in Iceland and Finland performing magic was seen as a male thing, so Christians had a hard time convincing the natives witches were women. Instead men got burned and only one or two women were killed. 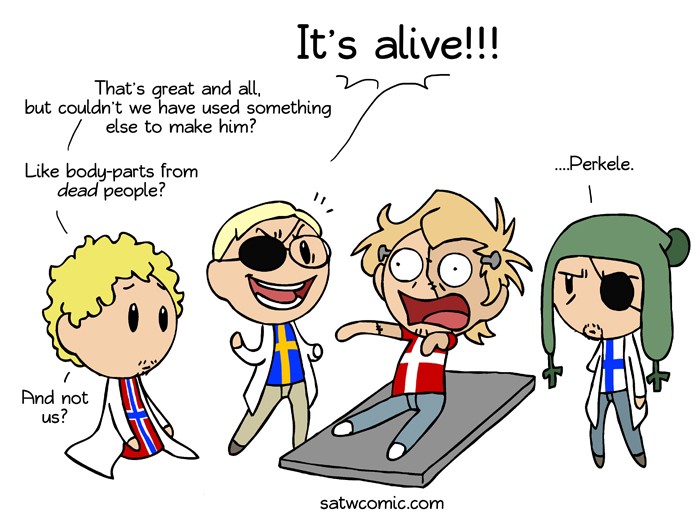 Halloween is getting closer.

There are several stories about Denmark being made up of parts of other Nordic countries.

First there's the story about Denmark being made out of sand from Norway that got pushed down during the last ice age.

Then there's the story of the Danish woman who was told she could have as much Swedish land as she could plow around in a night, so she turned her four sons into oxes, and the land she got from the deal became a huge lake in Sweden and Zealand in Denmark.

And finally there's the story of the Danish boy who stole from a giant in Finland, then quickly got in his boat to sail back home, but the giant found out, picked up a handful of dirt and threw it at the boy, and that is how all the Danish islands were created. 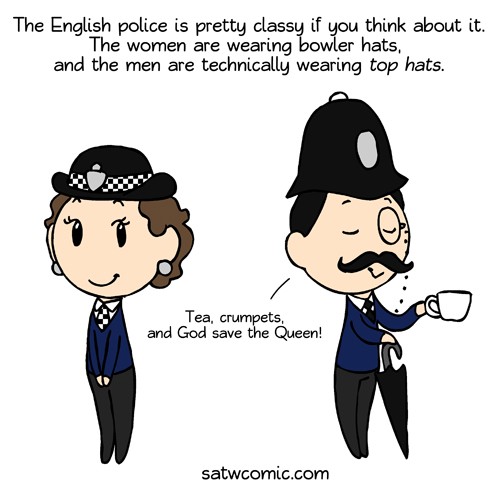 Of course they also have the caps, but the helmets are funnier. 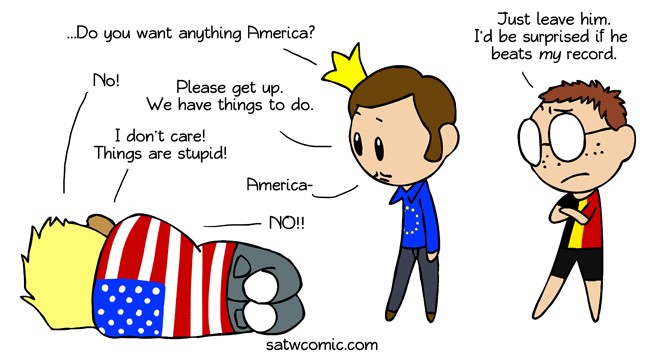 America is without government. Belgium is unimpressed because he went without a government for 535 days. 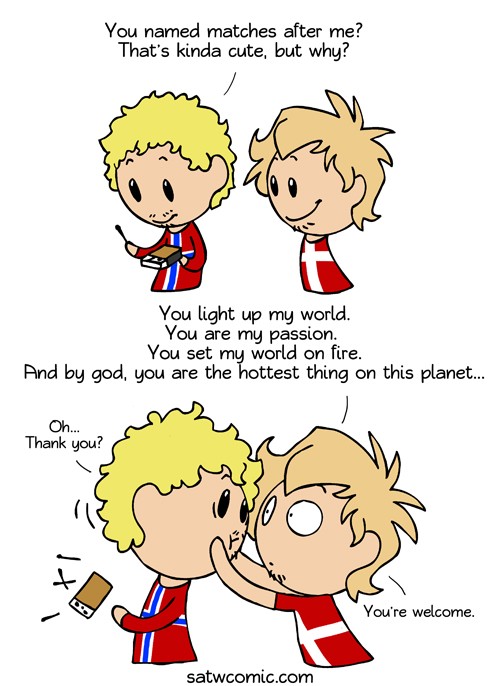 If you buy matches in Denmark you will most likely be buying Tordenskjold matches, named after the much beloved Norwegian naval hero Peter Tordenskjold (Peter Thundershield) who helped us fight the Swedes during the years when Norway was part of Denmark.
We built statues of him, sang songs about him, mentioned him in other heros' songs, and well, named matches after him and put his picture on the box, so no Danish child has never heard his name.

Denmark truly had a boner for him. 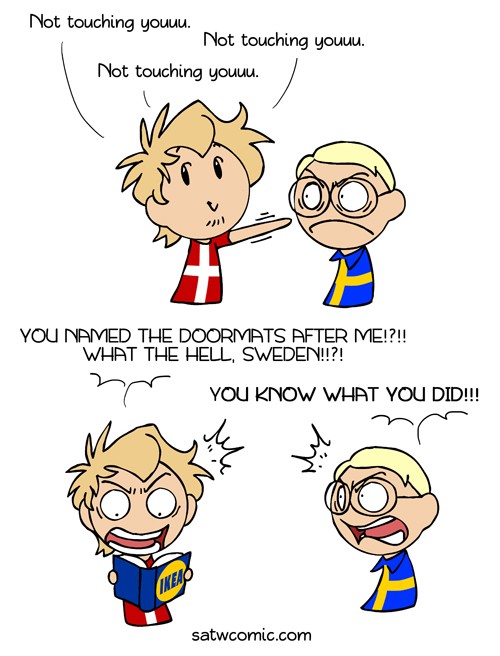 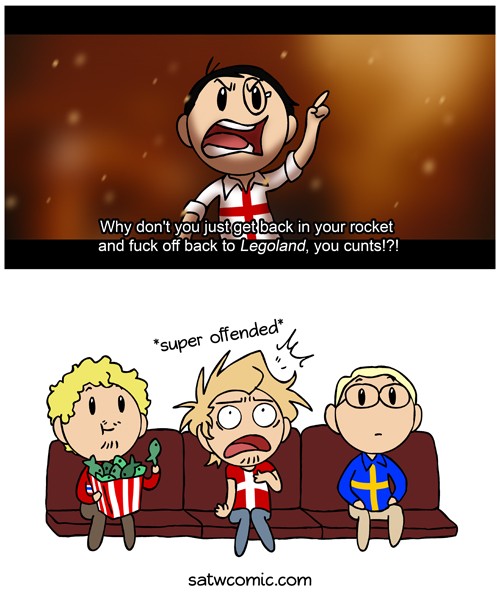 He just wants to be noticed. Love not important.